Switch to the mobile version of this page.
Info
The Coast Halifax
Newsletters

Exotic pets are so hot right now Lots of options exist for those wanting a unique pet experience. November 13, 2014 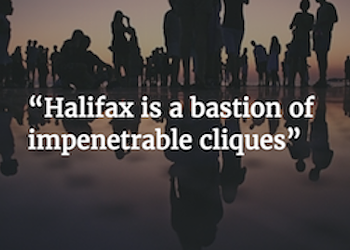 Is Halifax a good city to be single? Depends what you're looking for, say our readers. February 11, 2016