How to beat Halifax’s sriracha shortage | The Coast Halifax

Find these alternatives at your neighbourhood grocer 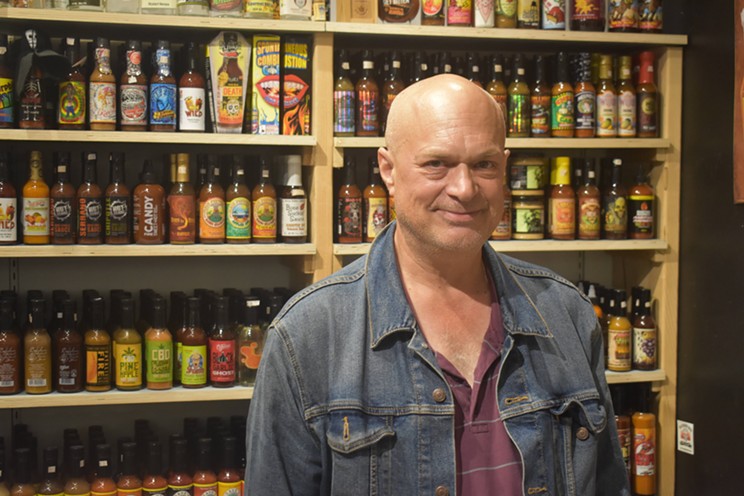 If you’ve wandered the aisles of your nearest big box grocery store in the last few months, you might’ve stumbled upon something troubling and unfamiliar—no, not the armed Halifax police officers in the bread aisle this time, or “some dumb kid” at the checkout asking if you’d like a discount.


An “unprecedented” crop shortage, first warned of in the summer, has hamstrung the production of a sauce beloved in restaurants and home kitchens alike: Sriracha is in short supply. And in Halifax, the hot sauce drought has dragged into the last days of October.

Photo: Martin Bauman / The Coast
The Atlantic Superstore on Barrington was all out of sriracha on Oct. 16.

Word of the looming shortage spread in April. The California-based Huy Fong Foods, one of the world’s largest producers of sriracha—a sweet and tangy hot sauce made from chili peppers, garlic, vinegar, salt and sugar that is a near-staple in Thai and Vietnamese cuisines, and has become almost as commonplace as ketchup—told the Los Angeles Times that “spiraling events” and bad spring weather had led to an “unexpected crop failure” of red jalapeño chilis across its suppliers in Mexico. Given Huy Fong Foods goes through roughly 45.3 million kilograms of the chilis every year—or about the equivalent weight of 52 HMCS Sackville ships—that poses a significant production problem.


“Without this essential ingredient we are unable to produce any of our products,” the company wrote in a letter to its customers.


The months-long scarcity has caused one California restaurant to offer free food in exchange for sriracha and one BC grocer to auction his last bottles for charity. (“Of all the supply chain issues in the world, this one feels personal,” one Vietnamese street food haunt in Los Angeles lamented on Instagram in June.)


But if the sriracha shortage has left your kitchen cupboards feeling empty, it also presents an opportunity to try a different flavour—and at The Coast, we’ve got you covered. We spoke with three local grocers and hot sauce vendors to get their recommendations. 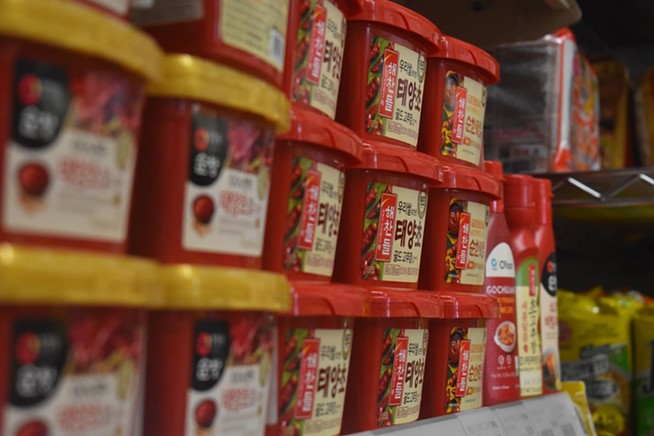 Sohee Moon has been serving Korean goods to Halifax’s north end for four years. As co-owner of the JJ Korean Mart, near the corner of Gottingen and Buddy Daye streets, Moon has watched as her home country’s cuisine has soared in popularity in recent years, from bibimbap to bulgogi.


She recommends gochujang, a thick, sweet and spicy fermented chili paste, as an alternative to sriracha—and she keeps a shelf full of the paste, ranging in spiciness from mild to extra hot, at her store.


It goes on “anything,” she tells The Coast—whether it be “noodles and chicken and rice,” or the street-food tteokbokki, made of steamed and fried rice cake noodles cooked with fish cakes and scallions.


For a bit of extra flavour, Moon says, try mixing gochujang with sesame oil, vinegar, and a pinch of sugar the next time you want to add a dash of heat to your dish.

Born in the Da Nang region of central Vietnam, Danny Vo has a high tolerance for chilis.


“The spiciest food in Vietnam is in the middle [of the country],” Vo, who owns the Thomeh Market Kwik-Way, boasts.


After arriving in Halifax in 2019, Vo and his wife Clara took over the Kwik-Way from longtime owner Joe Thomeh earlier this summer. The two have been working to stock the shelves with more Vietnamese and Thai offerings—and eventually, to serve their own hot foods, from curries to spring rolls and hot and sour soups. 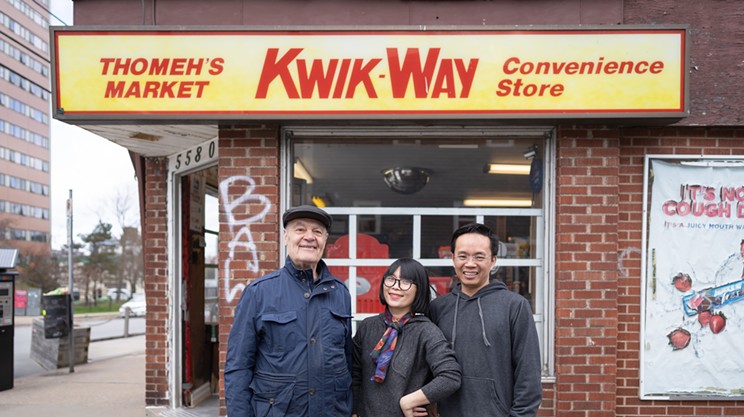 Convenience store owner Joe Thomeh retires after 46 years: But don’t worry, a new family is taking over the iconic Kwik-Way.


Vo recommends sambal oelek as a condiment you can put on sandwiches, toss into stir frys and pad thai or add into soups—“any kind of food, as long as you enjoy something spicy,” he tells The Coast. If you want to dress it up in a marinade, Vo adds, you can combine it with barbecue sauce. 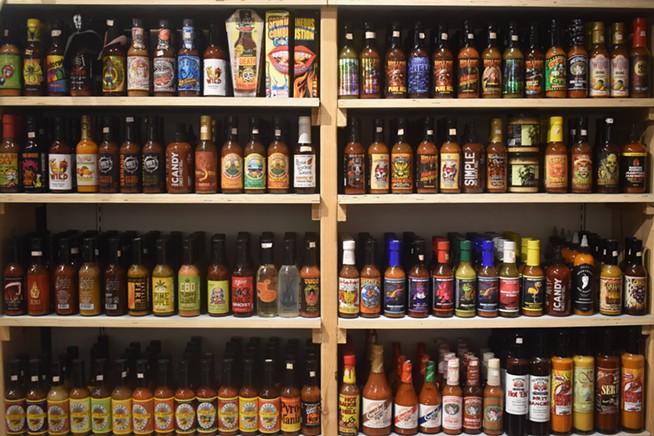 The moment you enter David Jobe’s orbit, you’re brought into a hot sauce hurricane. As a boy in Truro, Jobe would walk around with Tabasco sauce in his pocket—“because I’d go over to my friend’s for a barbecue, and they’d have ketchup,” he tells The Coast.

Since opening his first hot sauce shop in Barrington Place in 1992, the owner of From Mild to Wild Hot Sauce Shop has travelled the globe in search of Scoville-topping sauces and spices. (The Scoville scale, which measures a pepper’s pungency, was developed in 1912.) He can rattle off a kitchen cupboard’s worth of bottles he insists you try, and he’ll wax poetic on each the way an audiophile talks about their vinyl collection or your uncle still talks about the Leafs’ last Stanley Cup in 1967.


“There’s always something different to put hot sauce on,” Jobe says, right before rhyming through a half-dozen bottles he recommends for augmenting everything from steaks and turkeys to pancakes and ice cream.


His signature sauce, though, is a recipe he perfected while living for 10 years in China: “It’s an Asian seafood sauce, [but] I put a little flair in there with papaya… You get the sweet from the tomato at the start, and apple cider vinegar and habanero at the back, so you can almost walk away from the heat.”