Read them all, or jump to a specific review with these links:

Illustrated Lady
Mel Malarkey Gets The Bum's Rush
Operation 87
Perk Up Pianist!
The Quitter
Swordplay: A Play of Swords

Charming. Postcroteau is a great storyteller. The details of the shopping expeditions of her childhood, the foods she ate, the friends she met and kept or met and lost are all shared in what feels like a calm heart-to-heart chat with some you're comfortable with and like very much. She has chosen to memorialize minutes and milestones of her life with tattoos, and her reasons all make terrific sense. 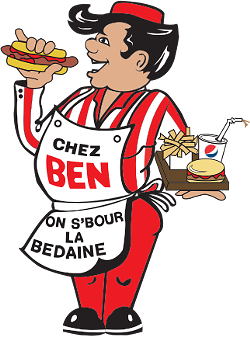 Postcroteau shares why she has a Chez Ben tattoo.

Before the audience goes into the show, each is asked to draw a little something that makes them happy. (I drew a cat.) Then in the show, Postcroteau reviews them, again explaining why this one or that isn't the one she will tattoo today (she already has two cat tattoos). In this show she chooses a cupcake and proceeds to tattoo it onto her inner calf, where it will stay forever, along with the tats (a sun, a record, a chicken leg) she chose in other shows. Postcroteau explains every step of the tattooing. It feels just as if someone were showing you how to knit one, purl two. —JK

Behind the Curtain: A Tattoo Diary Mel Malarkey Gets The Bum's Rush
by Cathy Petch

Mel Malarkey is the owner and host of The Vagabond, a Vaudeville theatre under threat from the increasing popularity of movies. We're with Mel (Cathy Petch) on the final night of the Vagabond's existence, a fact she's concealing from the implied audience, but not, of course, from the real one, as we are invited to see not only the flamboyant and raunchy onstage Mel, but the more solemn and emotional backstage Mel, who reads us odes she's written about the life that brought her to the Vagabond and about what will be lost with its closure.

It's the backstage Mel, I suspect, that has led other reviewers to refer to the play's "pathos," but I think it's Onstage Mel you'll enjoy most with her musical saw, her dildo songs and her period-specific jokes. Her often obscene and disparaging, but always vivid, introductions of the acts that are performing while we join her backstage make you wish you could see them, but  for my money the best Vaudeville act is Mel's interaction with the relentlessly mugging Dickie the Pianist (played by Director Em Glasspool). The mostly silent Dickie's exaggerated facial expressions are the perfect counterpoint to Mel's barker spiel.

At the heart of Malarkey, there's a lament for a form of entertainment that was superseded by the arguably less intimate formats of TV and movies. Where, one may ask, can we find entertainment that captures at least some of Vaudeville's riot, joy, and raunch? Well, with Mel and Dickie at the Rainbow Room, of course! Stop on by! While you're there, pick up a bottle of Elixir! (if Mel and Dickie haven't drunk them all already.) —Martin Wallace

Adrianne Gagnon invites us to look at her life, look at her choices, at her story of growing up redheaded, awkward and looking for love. Some of her comedy misses the mark (I wasn't a fan of the #gingerlivesmatter segment) but she's often endearing (her over-zealous sixth-grader gunning for snow queen) always energetic, and she finishes strong, with lots of laughs.

See this if you relate to Ariel in The Little Mermaid before she met Eric and/or you’ve ever done anything crazy for love. —Nicole Maunsell

Perk up, Pianist!
written and performed by Sarah Hagen

Sarah Hagen sits at a piano, playing classical pieces while simultaneously making wry observations interspersed with jokes. It's a style of entertainment more often found in expensive lounges (although with arguably better music here) and represents yet another entry to the seemingly endless list of genres and forms that the Fringe can accommodate.

Hagen's brand of humour is well represented by the dirty (and somewhat goofy) pun in the title (a pun she connects, with apparently characteristic self-deprecation, with her dating life.) She's an engaging and endearing performer, delivering her lines in a warm voice that contrasts nicely with the silliness of some of  her jokes. She's also, of course, an accomplished concert pianist, and the way in which she subtly times her lines to match the tone and rhythm of the pieces adds to the overall charm of the experience. One of the best hours I've ever spent at the Fringe.

The Rainbow Room, incidentally, is the perfect venue for Perk Up Pianist! It's a small space with a layout that enhances the intimacy between artist and audience, so necessary to performances like this. (And, btw, if you like you can buy a drink from the bar next door and bring it into the venue. Enjoy your beer and Beethoven!)  —Martin Wallace 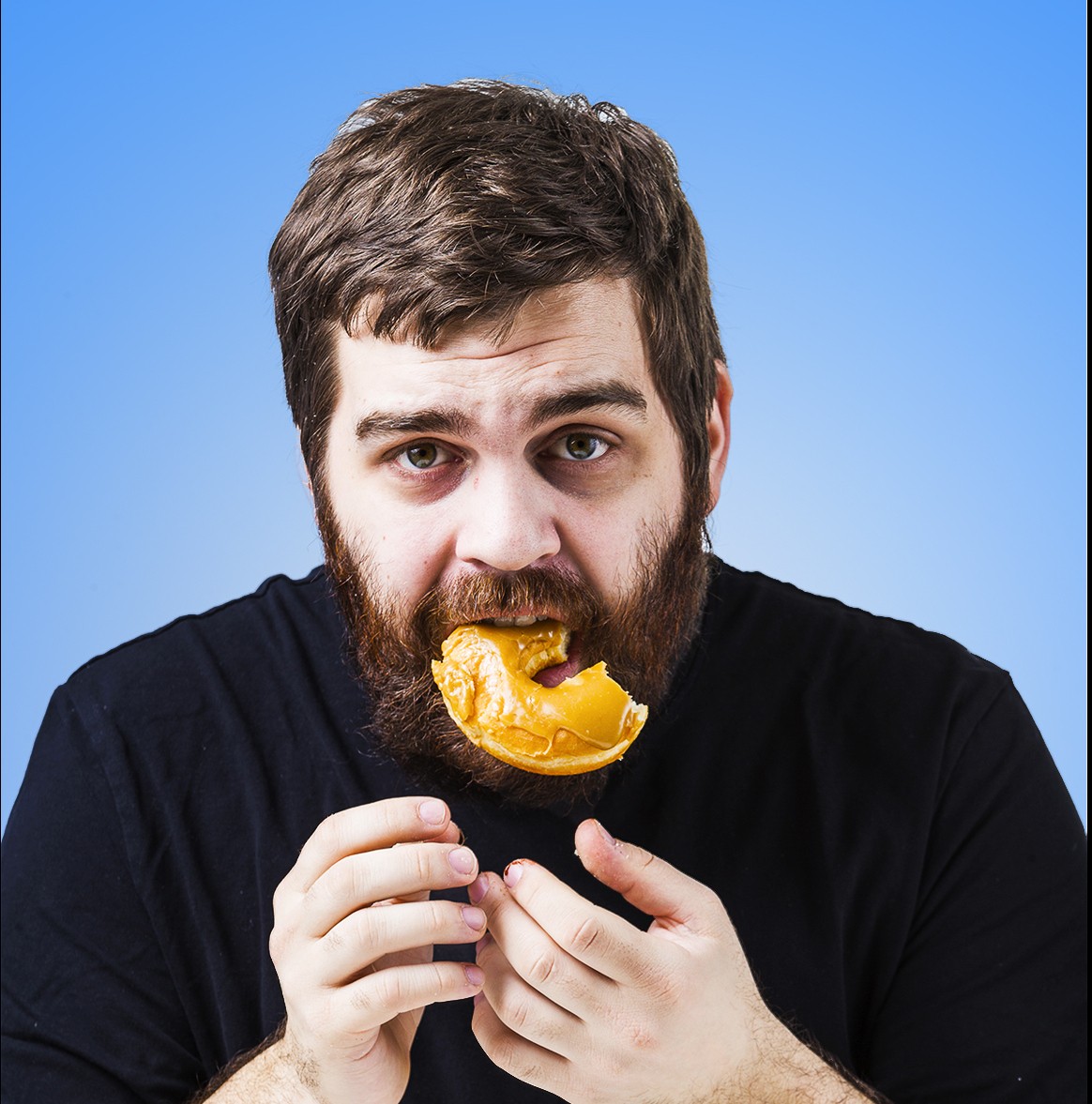 The Quitter
by Al Lafrance

I attended three shows in one night at the same venue; The Quitter had by far the largest audience. It seems destined to be a popular show. But let me be honest, and I admit I may be in the minority here, I don't get it.

Oh, the free doughnuts on the way in are definitely a plus, and LaFrance seems like a nice enough guyhell he seems like a great guy, but that's just not enough for me anymore. There's a glut of one-person-telling-humorous-and-insightful-true-stories-from-their-life shows on the market and it takes something very special for someone to distinguish themselves from the one-person crowd.

LaFrance's life story of moving from being "the smart kid" to being a compulsive quitter to finally finding peace and a sense of belonging definitely has its moments. He's a skilled writer. His story has funny moments and tragic moments, and covers a lot of time and ground without feeling at any time digressive. And despite the sometimes harrowing experiences LaFrance has had, he's generally positive without being pollyannish (like I said, a great guy).

But some of the funny moments—realizing that he had bled into the fast food burgers he had made with speed and pride, starting a "doughnut club" in college, "climbing" Mount Royal while on 'shrooms—seem like boilerplate young adult shenanigans, the sort of stories you entertain each other with at parties at that age. And while other people seemed to enjoy these stories more than I did, I only heard scattered laughs throughout. There's just not enough new or startling here to stand out.

When LaFrance reaches his well-prepared-for conclusion, it turns out there's a message. Sometimes it's best to have the courage to quit, sometimes quitting is what you have to do to find where you really belong. (I'll admit, the one joke I found really funny is when LaFrance pretended to quit the show ten minutes in.) That's a good thought in the abstract, but it's not exactly revolutionary and needs a little more help from the performance or the material to provoke and excite.

But what do I know? Maybe I'd just old and jaded. Maybe if you haven't seen dozens of such performances before, the material will seem fresh to you. As I said, the play was well attended, and others seemed to enjoy themselves. In fact, as I left I overheard a young woman say to her companion "That's what I like. People telling their life stories!" —Martin Wallace

Swordplay: A Play of Swords
by Sex T-Rex

Sex T-Rex’s Swordplay: A Play of Swords is a swashbuckling epic adventure of filmic scope deftly brought to life with beautiful and creative theatricality and nonstop hilarity.

As in a futuristic The Princess Bride, a grandfather, born in the 1980s, brings his sick granddaughter an old video game to play, where three Musketeer-like comrades, Roland, Salvatore and Barnabas are serving the Princess Pimpernel, when suddenly Roland burns to death in a fire and Pimpernel is kidnapped by the evil Baron Thorne. It is up to Barnabas and Salvatore to save the day. What is so wonderful about this story is that what comes next is entirely unexpected, jammed with popular culture references that are woven elegantly into the story and the characters’ development, and creatively culminating in gruesome sword fights and all the plot points coming together tightly in a most satisfying way.

Sex T-Rex is a comedy troupe made up of highly skilled improvisers, and Swordplay: A Play of Swords shows how long-form sketch comedy can be pushed to its limit where it melds into devised playwriting and Swordplay: A Play of Swords is an excellent example. The physicality of the cast combined with the imaginative vision of Director Alec Toller proves that theatre is still the perfect medium for creating the impossible. We are taken across seas, on to a dragon, through video game green tubes, and swinging from chandeliers, with immediacy and silliness abound.

Simultaneously, Sex T-Rex  creates an entire world for us to wholeheartedly believe in, while also poking fun at how little they need in props and sets (foam swords, cutout set pieces, and a large piece of fabric) to achieve this feat. The fight choreography by Kevin MacPherson is both fierce and joyful, if morbidly so, and the music choices add another dimension of cinematic proportions and pop culture bliss.

Get thee forth, on thy honour, and sit thyself down, and play.  —Amanda Campbell