You have to leave to live here

What exactly is the impact—social, economical and environmental—of the mass exodus to Fort McMurray? 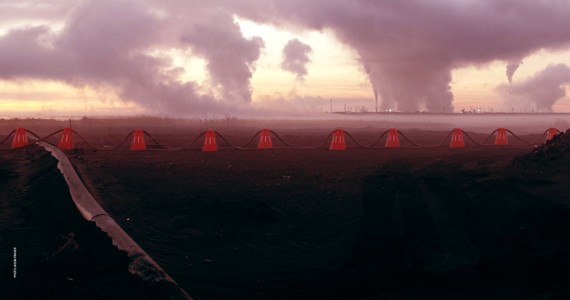 UPDATE March 31, 2015: The special online version of our story "Fort Mac to Halifax: Living with Canada's worst commute" was nominated today for Best Multimedia Feature by the Atlantic Journalism Awards. Congratulations to all Coasties, and there were many, who worked on this project.

Remember when Stephen Harper's griping about lazy Atlantic Canadians? “There is a dependence in the region that breeds a culture of defeatism,” is the way he put it. But the regional dependence Nova Scotia deals with is Alberta’s need for hard-working east coasters. You’ll have a hard time finding a Nova Scotian who isn’t touched by it, from high school students thinking about jobs, to the friends and family of commuting workers. And of course there are the workers themselves, to whom this issue of The Coast is dedicated.

You might have noticed our name changed to The Sands on the cover. That’s how thoroughly we’re devoting our pages to the many local folks who are living and working in good old Fort McMurray. We decided to look at this issue of brain-and-brawn drain from a variety of sides, because living with one foot in Nova Scotia and another in Alberta can’t be summed up simply.

And beyond these pages, we went all out telling this story online. See features.thecoast.ca for an extended look, including audio postcards for folks living away. Everybody can’t come home for the holidays, but maybe a bit of home can come to them. —Stephanie Johns, The Sands editor