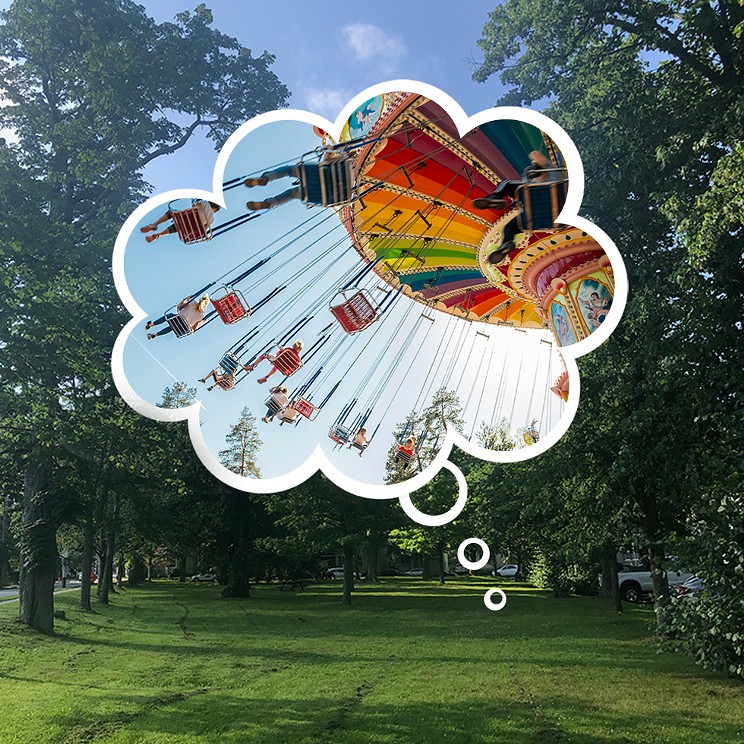 The Coast
Cogswell Park is “still in the imagination phase” of its transformation.

There’s a good chance you know Cogswell Park, even if you don’t know it as Cogswell Park. It’s the small patch of grass and trees located close to where Windsor Street meets Quinpool Road. Not the large open field on Quinpool next door to the Superstore, but the triangular bit of green space across Windsor Street from that. “It is currently lost space, not a place!” says the website for A People Powered Park. “We need your help to give it a new life.”

A People Powered Park is a joint project of the Quinpool Road Mainstreet District Association and the Cities & Environment Unit, a local planning and design firm. The idea behind APPP is to rally public support—from inspiration to permission to labour—to turn the park into more of a destination than an afterthought. And tonight, Wednesday July 21, from 6:30-8:30pm, there’s a “community imagination session” at Cogswell Park where people can get to work.

Crisis shelters safe as removal deadline passes: “We’re not going to move in and force people out,” mayor Savage says after city threats.

“We're still in the imagination phase where, you know, it's really important to get the public's feedback and their ideas, their concerns, really just kind of hear what the neighbourhood has to say about what they'd like to see in the park,” said Kieran Stepan from the Cities & Environment Unit. “With this meeting, we want to prompt the community and make sure that we’re hitting the nail on the head.”

Karla Nicholson, executive director of the Quinpool Road Mainstreet association, first noticed the plot of land in 2020, as she watched the pandemic bring people out of their houses and into their local green spaces. After the federal government introduced the Healthy Communities Initiative in June, creating a $31 million fund “to transform public spaces in response to COVID-19,” Nicholson joined forces with Stepan on behalf of Cogswell Park. They believe in the park’s potential, and want to make believers of the rest of the city, too.

“What really brings home the idea of people-powered is we're trying to include as many people as possible throughout the process,” said Stepan. “Certain aspects of the actual final design will be built by volunteers in the community, led by a team of professionals, so people in the neighborhood can bring a hammer or lend a shovel and it actually becomes this kind of community build project.”

Initial ideas for the park include improved physical accessibility, a boardwalk, a painted crosswalk that would connect to Quingate Place and the Superstore, as well as seating and lighting for night usage. The park could also showcase both fixed and temporary art exhibits from local artists, and one suggestion is to illuminate trees in the area with artist Allen Carver’s human-powered light displays.

Federal and provincial funding has been applied for, and peninsular Halifax councillors Shawn Cleary, Waye Mason and Lindell Smith have guaranteed funds for the project. The park will be built in stages on a yearly government-funded budget going forward.

“Rome wasn't built in a day and this park will not be built in a day,” said Nicholson. “Hopefully the community comes out and gets excited and works with us to make it happen.”