Why the Liberals need to win Halifax

The key to a second mandate for Stephen McNeil is HRM’s 20 electoral districts. 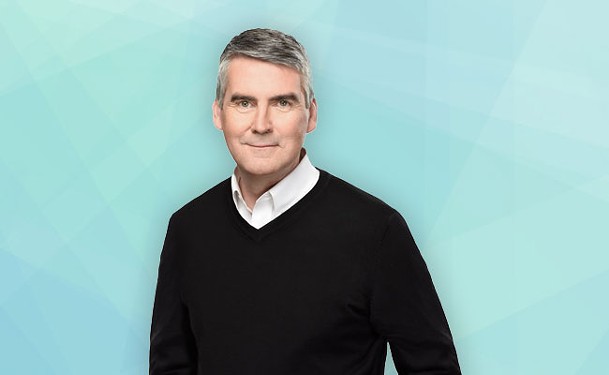 The key to a second mandate for Stephen McNeil's Liberals is the HRM.
As Nova Scotia’s party leaders prepare to make their closing arguments before voters head to polls on May 30, experts say one question will be key to determining whether outgoing premier Stephen McNeil’s Liberal government wins a second mandate: Will the province’s sprawling capital stay primarily red?

“Halifax is pivotal,” says Jeffrey MacLeod, a political science professor at Mount Saint Vincent University. “The Liberal strength is in the Halifax area...If they weren't able to hold Halifax, that would be a major blow, of course. In fact, it would defeat them.”

The Liberals party swept all but two of the 20 electoral districts in the Halifax Regional Municipality back in the 2013 election, unseating several NDP incumbents—including then-premier Darrell Dexter of Cole Harbour-Portland Valley—on their way to winning 33 of the 51 seats in Nova Scotia’s legislature.

In roughly three-and-a-half years of rule, Haligonians have had a front-row view as protesters periodically swarmed Province House to oppose cuts to a refundable film tax credit and legislated settlements to messy labour disputes with Nova Scotia’s teachers and public sector workers.

MacLeod says rural and urban voters care largely about the same issues when it comes to provincial politics—the economy, healthcare, education—but picking “needless” fights with the creative class and public servants, many of whom are based in the HRM, may come back to haunt the Liberals at the ballot box.

“Whatever damage has been done has been done, policy-wise, so they're going to have to wear that,” he says. “These were self-inflicted wounds in some ways, so they’ll have to be on the defensive with those particular issues.

“If the opposition parties aren't bright enough to exploit those divisions, then the Liberals will waltz to another victory.”

Pollster Don Mills, of Corporate Research Associates, says the Liberals have maintained a healthy lead in the Halifax area, but public opinion is subject to change as the parties enter the final leg of the provincial race.

The Liberals may lose some ground in the left-leaning metro region to the New Democrats, says Mills, but will likely hold onto the majority of their seats in farther-flung corners of the HRM, giving them an edge on the path to re-election.

“It looks like they're going to have a second mandate. The question this time is whether they'll be able to maintain a majority or not,” says Mills. “The problem that both opposition parties have is this: Whereas the Liberals are reasonably competitive right across the province, the NDP strength is really confined to a large extent to metro, whereas the PCs are competitive everywhere else but metro.”

While steering clear of predictions, MacLeod said what he sees as a relatively sleepy race will likely favour a Liberal win, but minor scandals on the ground could have the potential to shake up the campaign as a whole.

“If we just kind of sleepwalk until election day and there isn't a major event, that probably plays to the government being re-elected,” he says. “If something happens in a (district) campaign which impacts their individual candidate, it may spill out into the general narrative of the campaign.”

Recent polls suggest that the provincial race has tightened in the waning days of the campaign. Mills tweeted that the Liberal majority may be in jeopardy, but said the opposition faces an upward climb to victory because of the uneven regional distribution of support for the other parties.

Mills says there are early indicators that voter turnout may be slightly higher than in previous provincial elections—possibly as a consequence of the most recent U.S. presidential race—but it’s hard to tell what that means for the each of the party’s fortunes.

But MacLeod cautions against putting too much faith in the predictive power of polls, saying public sentiment appears to be more volatile than in past elections, making voters’ intentions difficult to quantify.

All three parties should beware of promise-fatigue, Mills warns, suggesting that the sheer volume and “audacity” of some of the campaign pledges could be a turnoff for voters.


———
The Liberal platform
-More than $1 billion in spending and tax cuts over the next four years, most of which debuted in last month’s budget.
-A proposed tax cut for 500,000 Nova Scotians, and universal pre-primary education for every four-year-old in the province.
-$390 million to twin highways around the province, and an extra $50 million per year in community infrastructure.
-Nearly $115 million in spending towards improving primary care over the next four years, including creating new collaborative clinics and covering the cost of oral cancer medications.
-Cutting the current wait-list for affordable housing by 30 percent over three years, and increasing the household income assistance rate by $20 million.