Why does no one care about Georges Island anymore? | City | Halifax, Nova Scotia | THE COAST

Why does no one care about Georges Island anymore?

A landmark lost and locked. 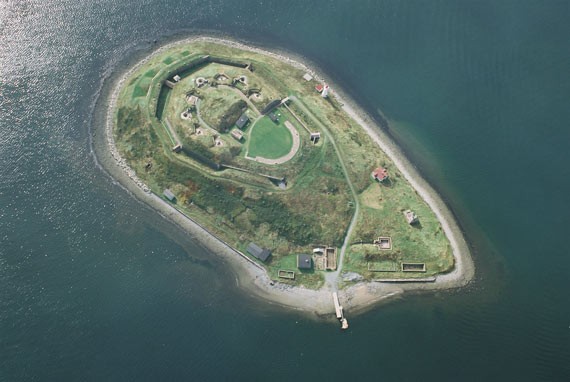 Parks Canada
You can't come play on this island.

There’s a forgotten treasure in the Halifax Harbour and those who care to visit remain unsuccessful. It’s been over a year since the general public was permitted on Georges Island and there’s been no indication of progress to reopen.

Tristan Cleveland, coordinator of Our HRM Alliance, says establishing visitor accessibility to historic sites should be a priority.

“Clearly our community has an opportunity here,” he says. “It’s intriguing to me—we have a natural historical site that’s right there. It’s so close yet so far away because the public has zero access.”

In a statement made to CTV last summer, Parks Canada announced it was unable to provide consistent access to the island due to financial restraints.

Although a majority of the cash is ear-marked to repair the walls of the Citadel National Historic Site, none has been confirmed for Georges Island upgrades.

In an email, Parks Canada refused to comment on the matter: “Due to the ongoing federal election, it would be inappropriate to provide comments at this time.”

“The fundamental problem is Parks Canada has endured many cutbacks in the past, so unfortunately, $20 million doesn’t go as far as it used to,” says Elizabeth Pacey, chair of Heritage Trust.

Pacey says Georges Island is an integral landmark and wants to see it available to visitors regularly, but making it accessible for all takes a pretty penny.

“When you’re dealing with a federally-owned property, it requires a lot of money because it has to fit all needs,” she says. “It has to be wheelchair- and washroom-accessible, have bilingual signage available and be ready for safe usage.”

Pacey has hope Parks Canada will want to restore Georges Island, but for now believes the money is being used to maintain historic attractions that are already accessible.

“It’s difficult because it all depends on the government’s priorities,” says Pacey. “In terms of cultural and historic priorities, we haven’t had the best of times.”

“We need to stop seeing our connection to these historical sites as a secondary thing that we do bit by bit when we get around to it,” he says, “but a central and strategic must for our city.”

Liberals hold on to all four HRM seats in federal election