Why Canada is better off with the monarchy | Opinion | Halifax, Nova Scotia | THE COAST

Why Canada is better off with the monarchy

Reflections on the birth of a royal baby. 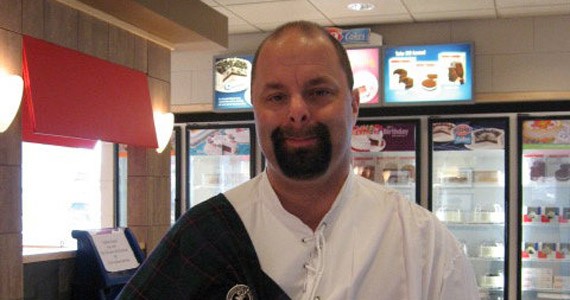 Aron Spidle is in his 30s and holds a Master’s degree from Acadia University (2007). He is chair of the Halifax and Southwest NS branch of the Monarchist League of Canada. He is an active volunteer and engaged in community outreach programs. His interests include history, theology, photography, the monarchy and a good read.

On May 2, members of the Monarchist League of Canada’s Halifax and South West Nova Scotia Branch celebrated the birth of princess Charlotte by donating funds to support children in a local community centre. For those following the event, there was relief in the ease of the birth and, for many, delight in the fact that the baby was a girl.

There was significance in the baby’s gender as the princess becomes fourth in line to the throne due to the passage of legislation in both the United Kingdom and Canada eliminating discrimination against females in the line of succession.

Inevitably on occasions like this, questions resurface on the relevance of the monarchy in today’s world. I am happy to share a few reasons why I am a monarchist and support our particular system of constitutional democracy.

I must assert that I am a proud Canadian. In 1867, the fathers of Confederation determined that Canada would be a constitutional monarchy, and political ties with Britain have been severed through legal and constitutional reforms through the years. Canada has since evolved as an independent country, not subservient to Britain or a foreign monarch beyond our shores. Queen Elizabeth II is queen of Canada, and we have chosen to recognize her, and her heirs and successors, as Canada’s head of state.

We are fully capable of choosing our own sovereign or to decide to have no sovereign at all. However, I am not enamored with the idea of a president as both head of government and head of state, with popularity as changeable as the weather. I am far more attracted by consistency, continuity and historical relevance. The crown, as represented by the monarch, is the symbol of our collective freedoms and institutions, and it serves as the guardian and safeguard of our democratic form of government. It is a golden thread that runs through the fabric of all our institutions. It represents the rule of law and serves as a safety valve to remind the government that the power it holds is entrusted to it by the people through the crown.

Our allegiance is not to a passing politician, but to a democratic process that ensures that power is not to be used arbitrarily or through privilege. It reminds us no one is above the law.

My colleagues and I in the League have a great affection for the person of the queen and the great service she continues to provide. We love to see her and other members of the royal family when they regularly come “home” to Canada. Canadians may not constantly have in mind that the queen also personifies the state and the concepts and traditions it represents. It is easy to confuse symbolism and personality. It may be simpler to just break open a bottle of champagne and celebrate the birth of the second child of a future monarch and his beautiful wife. This we do with great pleasure and in a spirit of fun. Let’s also pause to think of the latest royal birth as an enduring part of our own living history and of the benefits of continuity, stability and the freedom we enjoy with the crown as an important democratic institution in Canada.