Why Canada Day should be cancelled: your guide to music, film and writing of the truth | Arts + Culture | Halifax, Nova Scotia | THE COAST

Instead of fireworks, use the July 1 holiday to embrace the country the government denies.

This year, there will be no fireworks slashing the sky above Halifax Harbour. There will be no spots on the Common where concert crowds have trampled the grass to death. While the city’s official website says that COVID-19’s third wave in Nova Scotia is what stopped HRM from planning Canada Day programming, many of us living on Turtle Island feel increasingly fraught with the thought of celebrating a nation built on colonialist violence—especially after recent discoveries of unmarked graves at residential schools have confirmed what Indigenous communities have been saying for decades.

Indigenous activists have been asking for this for years, and it shouldn't be fallout from a global pandemic for folks to sit up and listen. But, while the Idle No More movement’s #CancelCanadaDay has your attention: Step one of addressing white supremacy and colonial violence is learning, so The Coast compiled his non-exhaustive list of resources to watch, read and listen to during the July 1 holiday weekend and after.

Over 150 years of absolute bullshit: An incomplete list of the trials and trauma so many generations have endured.

Why I *still* choose not to celebrate Canada Day: It is only getting harder for this country to pretend to be what it claims to be.

Want to add something to this list that’s missing? Email arts@thecoast.ca with your suggestions.

21 Things You May Not Know About The Indian Act
Based on a viral article, Bob Joseph’s bestselling book aims to arm Canadians with the facts to make reconciliation a reality.

A Mind Spread Out On The Ground
Alicia Elliott’s 2019 book blends lived experience with essential questions about the treatment of First Nations people in North America today. The result is a searing work unpacking trauma, legacy, oppression and racism, from examining the impacts of white privilege to exploring what else is lost when a language goes.

If I Go Missing
When the then-14-year-old Brianna Jonnie wrote a letter to the Winnipeg chief of police asking the authorities to "not treat me as the Indigenous person I am proud to be" if she went missing, her words quickly went viral. Since then, her call for officials to make Missing and Murdered Indigenous Women a priority has spawned a documentary and graphic novel.

Disintegrate/Dissociate
Poet Arielle Twist’s debut collection of verse is, as she told The Coast upon its release, “the most vulnerable thing I’ve ever done.” The result? Words that have made her the favourite poet of your favourite poet—all while tackling themes of grief, trauma, displacement and identity. Get started with this annotated breakdown of one of her poems and then read the whole lot of ‘em.

Arielle Twist’s becoming: The young Halifax poet offers “the most vulnerable thing I’ve ever done” in the form of her debut collection Disintegrate / Dissociate.

Behind the verse with Arielle Twist: The Indigenous Voices Award-winning poet breaks down a poem with The Coast.

Son of a Trickster
Eden Robinson’s smash hit coming-of-age novel that would go on to spawn a CBC series and two follow-up books, Son of a Trickster tells the story of 16-year-old Jared Martin, a pot dealer with a heart of gold who’s trying to hold his family together despite the odds.

A History of My Brief Body
The national bestselling memoir from one of today’s most lauded poets—that’d be Billy-Ray Belcourt—this slim volume is described as “a searing account of Indigenous life that’s part love letter, part rallying cry.”

MEGHAN TANSEY WHITTON
Rebecca Thomas is a former Poet Laureate of Halifax and outspoken advocate for a host of Indigenous issues.

I Place You Into The Fire
The debut poetry collection from former Halifax Poet Laureate Rebecca Thomas, IPYITF is the sort of addictive, approachable collection of verse that you could gobble down in gulps—but will want to savour over and over again.

A Creation Story: Halifax's poet laureate on the creature we call Canada.

Animism
Tanya Tagaq’s Polaris Prize-winning 2014 album is an opus, a genre-pushing example of Inuit throat singing that has seen her be called Canada’s Björk. To say it’s like nothing else you’ve heard before is at once trite and true—so just hit play already.

Trapline
The West Coast duo Snotty Nose Rez Kids were raised on hip hop, and have been combining their love of rap with their Indigenous culture ever since their 2017 debut. While SNRK’s entire catalogue is worth a spin, 2019’s Trapline sees MCs Young Trybez and Young D at their Lil Wayne and Jay-Z influenced best, dropping barz in honour of the water protectors who inspire them.

Warrior Down
The band Status/Non-Status (formerly known as Whoop-Szo) put out a shoegaze-streaked take on metal that was one of the best records of 2019. Inspired by frontperson Adam Sturgeon’s grandfather—a residential school survivor and soldier of the Canadian army–it deftly weaves narrative while unpacking intergenerational trauma. As Sturgeon told The Coast on the album’s release: “Y'know, when you're sitting in your bedroom and you're whispering yourself a song, it carries the weight of some of the heaviest stuff, I think." 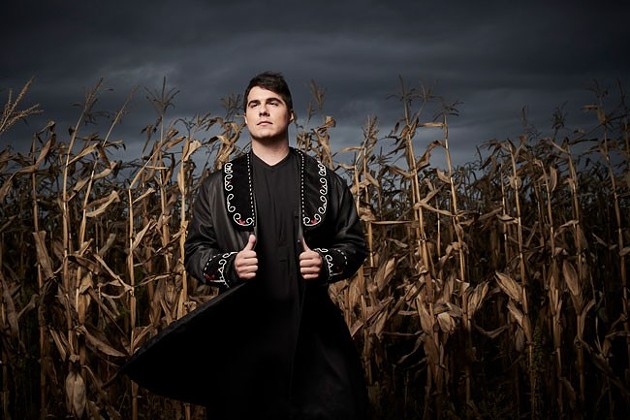 Wolastoqiyik Lintuwakonawa
The debut album from classically trained operatic tenor and composer Jeremy Dutcher that went on to win the 2018 Polaris Prize, this album sees the musicologist share his peoples’ culture on its own terms.

A beautiful archive of our people: With Wolastoqiyik Lintuwakonawa, the Indigenous musicologist Jeremy Dutcher has captured and shared his community’s culture on its own terms.

Mohawk Girls
This half-hour dramedy series following the lives of four modern young women of Mohawk ancestry often gets shortchanged by people describing it as the Canadian Sex and the City. It isn’t—because it’s smarter, funnier and packs more heart. Catch up with all five seasons on CBC Gem.

RUMBLE: The Indians Who Rocked The World
A must-see music doc highlighting the overlooked Indigenious contributions to modern music, featuring the likes of Buffy Sainte-Marie and Charley Patton. Available on iTunes, Google Play and Amazon.

The Body Remembers when the World Broke Open
Written and directed by Elle-Máijá Tailfeathers and Kathleen Hepburn, this flick follows the lifted-from-real-life story of what happens when two Indigenious women with drastically different lived experiences meet by chance while navigating the aftermath of domestic abuse.

Is the Crown at War with Us?
Alanis Obomswain’s 2003 documentary explores the simmering tensions of the summer of 2000, when officials of the Canadian government attacked Mi’kmaq fishermen of Esgenoopetitj for exercising rights affirmed by the highest courts in the land.

Join the struggle for a better Canada on Canada Day

Where are the fireworks to this weekend