Who the hell are the Atlantica party? 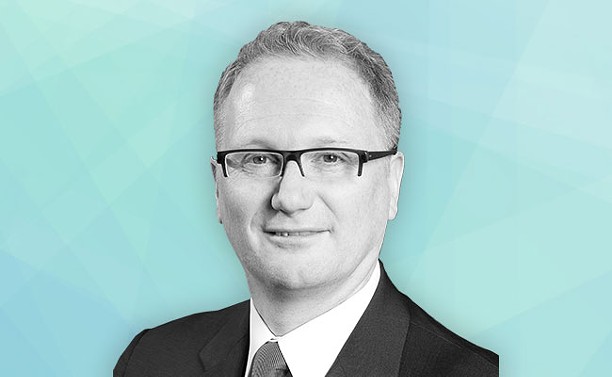 Jonathan Dean, leader of Nova Scotia's Atlantica Party.
As far as Jonathan Dean is concerned, Nova Scotians have two choices come election day: Vote for the “status quo,” or vote for change. He believes the Atlantica party is the only way to achieve the latter.

“If I was a candidate in this election and I had to go door-to-door for the Liberals,” he says, “or the NDP, or any one of the status quo parties—I think I’d shoot myself, honestly.”

Dean’s biased, of course, given that he is a candidate in this election and party leader of Atlantica. The socially liberal, fiscally conservative fifth-choice this election is pro-meme, anti-NSLC and wants to lower MLA salaries and pensions out of “solidarity” and “leadership.”

“You definitely shouldn’t be earning what is above, probably, the 75th percentile, 80th percentile of salaries in the province,” says Dean.

This provincial election is the first time people will be running as official Atlantica candidates. The party wasn’t registered with Elections NS in 2013, meaning Dean and two other members were listed as independents.

Atlantica started in 2005 as a “political action group” of just three people. Dean, a graduate of Dalhousie University, had left behind a job in Toronto to return to Nova Scotia—“because I love it here,” he says—and become more involved local politics. What began as discussions over coffee, exchanging books and ideas, prompted the drive to do something more.

“We went, ‘Well, we can have an advocacy group and get together and have a convention once a year but that’s gonna be akin to sort of writing letters to the editor.’”

And that’s not a shot at the media, Dean clarifies. The press has “a really, really important role to play. But at the end of the day, you don’t have the institutional power that the legislature should have.”

A lack of institutional power aside, the party has a thirst for media coverage. For better or worse, Atlantica isn’t shy about asking for attention. Party representatives called Metro Halifax out on Twitter, accusing the outlet of “actively excluding” them from the election coverage.

A follow-up press release proclaimed “The new parties are NOT fly-by-night operations unworthy of exposure.” The next day, party members again took to social media to ask CBC why Atlantica and the Greens were left out of the leaders’ debate.

According to Dean, all but two of Atlantica’s 15 candidates have never been involved in politics before. The party’s made up of entrepreneurs, small business owners and homemakers—along with failed HRM mayoral candidate David Boyd, who’s running in Dartmouth North and apparently planning to release a line of men’s cosmetics in the fall, because why not?

“There’s a lot of learning involved, but I’d rather have the regular person who’s passionate about change any day of the week over politician,” says Dean.

Dean believes the only way to incite real change is to pass policies, hence the ultimate decision to turn his movement into a political party. It took a few years of recruiting and drinking “a lot of coffee with a lot of people down around downtown Halifax” to get the party to where it is now, he says.

“Heck, I did public speeches out in front of the old library,” Dean adds. “People are eating their lunch, I’d get up and do a speech right there out in the open. So, you do that enough, you eventually come across people.”

But he has no illusions about what’s going to happen on May 30. Atlantica’s in it to win it, but that’s going to be a multi-election process. As it stands, Dean just wants people to know Atlantica exists.

“I would love it at the end of this election, every single person in the province had at least heard the phrase ‘Atlantica Party.’”

After the election, the next step is to raise the party’s credibility. Dean is planning to field a “full slate” of candidates next election. Even if they achieve that, it might be a while yet before they’re taken seriously enough to be on the CBC stage.

“This is the thing I’m most proud of and nobody can take this away from us no matter what happens,” Dean says. “On election day, at least 15 ridings are gonna have an actual choice, for the first time in decades.”


———
The Atlantica platform
-Make MLAs recallable, so voters can petition to have representatives removed from office, as is the current model in British Columbia.
-End corporate welfare by all subsidies, loans and investments to what the party calls “private interests.”
-Eliminate (sell) the Nova Scotia Liquor Commission.
-Lower taxes for individuals; no tax on businesses.
-Lower MLA salaries and slash MLA pensions.

We didn't start the (garbage) fire

Deciphering which election promises will be kept, and which will be forgotten