While you were sleeping

No treatment exists for the psychological trauma of a bedbug infestation. 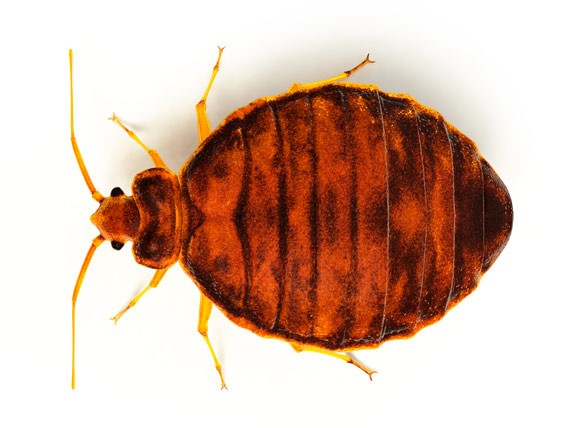 “It was fucking brutal.”

Justine MacPhee doesn’t hold back when talking about her past bedbug infestation. The 24-year-old Haligonian is still trying to climb back up from the financial and psychological damage.

“How shitty it was having to wash and dry on high heat, which destroyed a lot of my clothing,” she says. “I left so many valuables there for fear that there might be eggs in them. It’s really costly and I wouldn’t wish it on my worst enemy.”

Stories of scarlet fever and bubonic plague may now be just haunting history lessons for the general population, but in apartments around the world and here in Halifax, another archaic, antagonistic diagnosis has been crawling under the skin of hundreds—and it’s showing no sign of stopping.

Cimex lectularius—also known as the common bedbug: they come uninvited and they’re the caricature of the common fear.

It’s a hard job to deal with bedbugs. The nearly-invisible bloodsuckers only come out at night to feed on sleeping bodies. The rest of the time they’re hiding inside furniture, clothing and electronics—and multiplying. Female bedbugs can lay over 200 eggs at a time. The insects can go months without eating, and are largely impervious to insecticides and conventional treatments.

For tenants, it’s a financial and psychological nightmare. For property owners, a high turnover of tenants makes the problem nearly impossible to solve. In Halifax’s low- and medium-income housing, the bedbug battle isn’t just ongoing. It’s over. The bedbugs are here to stay, Halifax.

“The blame game doesn’t get anybody anywhere,” says Brian Barton. “As far as responsibility goes, to me, it shouldn’t be the landlord’s right or responsibility to look after this problem.” 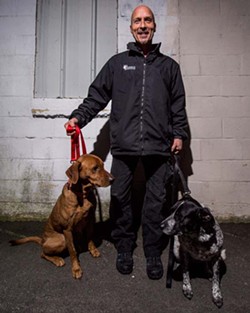 Barton is the owner of Bed Bug Detectives in Oakfield, about 10 km from the airport. He’s been fighting this battle first-hand, and says it’s fruitless to point fingers at bad landlords or tenants. This is a matter of politics.

“The federal government needs to jump in to make changes,” he says. Barton would like Canada to increase the pest control industry’s ammunition and bring back pesticides that were taken off the market in the last 15 years here, but are still readily available and effective in America.

In his bedbug eliminations, Barton uses canines to sniff out the bugs, followed by a vacuuming and steaming process. And though he doesn’t use chemicals himself, Barton thinks having more registered pesticides here in Canada would help put a halt to the bedbug pandemic.

“The problem is a national problem, not a provincial problem. It is something that affects all cultures, and affects all generations...I’ve been into daycares and senior homes, and it affects all income levels.”

Here in Nova Scotia, the provincial government considers bedbugs a nuisance, but since they don’t transmit disease, the health and wellness department doesn’t monitor or track bedbug activity.

Barton has been in the pest control business for 21 years—six of those dedicated strictly to bedbug elimination. He’s also been a victim himself of the intrusive insects.

“I personally have been psychologically scarred for life by bedbugs because of something I saw 14 years ago,” he says. “That particular infestation followed me home to my back door, but psychologically haunted me in my bed for the next five to six months.”

Barton was called to inspect a one-bedroom Fairview apartment in 2001. The images still haunt him.

“On the floor, I noticed a ball about the size of a nickel,” he says. “I leaned over and looked at it—it was a ball of bedbugs. I took two steps back, staring straight down where I was standing, and in my peripheral vision, I was picking up movement. I realized the floor was moving with bugs.”

In the apartment’s kitchen, bathroom and bedroom he found hordes of the insects, including nearly a thousand in the tenant’s boxspring alone.

“It was a Stephen King come to life.”

“They’re like little vampires,” says 23-year-old Emily Muise. “They feed off you; they only come up at night when everybody’s sleeping and they reproduce every two weeks.”

Sam Kean
"It takes a toll on someone, especially someone with low or moderate income because it’s tough to get started back up again." —Bonnie Barrett,chair of Nova Scotia ACORN.

Muise has had the deep displeasure of having to deal with the insect this past year, and has been scarred by the whole ordeal in more ways than one. For her, it’s exhausted emotions, finances and, to some degree, everyday emotional stability.

“Basically, any time I get an itch—whether I’m in bed or not—I panic, ’cause I’m not sure if it could be a bedbug, or it if could be like any other thing you get an itch from. That’s not really good for my emotional wellbeing.”

Muise had been living in Harbourview Apartments (the former Ocean Towers) at the time of the infestation. Just last month she and other tenants met with the property management company, Capreit, to have their voices heard. The outcome was mixed. Capreit agreed to dole out $100 laundry credits to help alleviate the financial stresses for the affected tenants. Muise—who moved out in September—says the company also agreed to bring in Braemar Pest Control for heat treatments.

“The atmosphere of the meeting was interesting,” she adds. “You could tell these people were management types, and they’re willing to talk with us, but they were management and we were people who were making their jobs harder, it seemed like.”

Unfortunately, bedbug infestations are showing no signs of stopping—not just in Nova Scotia, but across the country. There’s been an overwhelming resurgence of them over the past few years, and Barton says it’s no longer just apartment buildings needing his service. The bedbugs are making their ways into more and more single-family homes.

Like car accidents, credit fraud or chlamydia, people think bedbugs won’t happen to them. Their living spaces are too clean, maybe. But all it takes is the wrong guest, the wrong vintage scarf, the wrong borrowed luggage, and there you are. In one fell swoop, suddenly you’re digging your way out of a black hole—a black hole full of thousands of bedbugs.

“I did end up having to throw out a lot of clothes,” says Muise. “Some kitchen appliances, a couple of guitars and I lost pretty much all my records that I had kept, which I was really not happy with. So that really put me back a bit.” 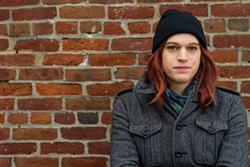 Sam Kean
Emily Muise made it through a bedbug infestation, but it wasn't easy.

“You lose everything you’ve got,” says Bonnie Barrett. “All your clothes you’ve got to bag. You’ve got to do all kinds of laundry, bag all your blankets, towels, everything you can put in bags. And then you’ve got to get rid of TVs, computers, couches, chairs, bedding, beds—it’s really, really bad, and it takes a toll on someone, especially someone with low or moderate income, because it’s tough to get started back up again.”

Barrett is chair of the Halifax chapter for the Nova Scotia Association of Community Organizations for Reform Now, or ACORN. Like Muise and Barton, she too has had bedbugs.

“Oh, it was terrible—it’s depressing. It’s very depressing,” says Barrett. In Barrett’s day-to-day experience with clients and members of ACORN, bedbug issues are as common as any other tenant issue. But, unfortunately, there is still a stigma surrounding the infestation, and the people who it effects.

“The reason is, we’re low-income, and they’re thinking that we’re dirty and we’re not clean and we’re bringing in secondhand stuff and that’s where we’re getting it from,” says Barrett. “It doesn’t matter where you go—you can catch them on the bus, you can catch them anywhere.”

Along with the overwhelming financial setbacks from trashing your belongings and paying for multiple cleanings, there’s also the psychological aftermath of a bedbug infestation that can leave a victim reeling in violation, vulnerability and shame.

“Getting up in the middle of the night, driving yourself crazy looking at every speck of dirt on the floor, or you’re scratching or itching. You figure you’re getting bit, but actually it’s just your body being stressed and reacting in a way where you’re manifesting feeling bites.”

Barton has seen situations where people with infestations have self-imposed isolation on themselves, robbed by these tiny buggers of their whole support system. He sees repeat clients on antidepressants and anxiety meds, all because of bedbugs.

In an email, Nova Scotia Health and Wellness spokesperson Tony Kiritsis states that anyone reeling from the psychological aftermath of a bedbug infestation is free to seek out expert advice to help cope with the mental side effects. “In Nova Scotia, we have mental health services available to everyone who wants or needs to access them,” writes Kiritsis. “This would include Nova Scotians who may be facing emotional or mental hardship because of a situation such as an infestation.”

That may not be enough for some victims.

“The hardest part of my job is when I make someone cry because I have to inform them they have bedbugs,” says Barton.

Meanwhile, the mental hardships of Barton’s own past experiences keep this bedbug superhero in the fight.

“The reason I do what I do is because what bedbugs have done to me.”

Hillary Windsor is a freelance writer and former radio reporter in Halifax. She believes, like Nietzsche and Kanye, that that which doesn’t kill you, can only make you stronger (bedbugs included).