Where I work: Fancy Lebanese Bakery

Meet Mary Laba, the heart and soul of the the 56-year-old north end bakery. 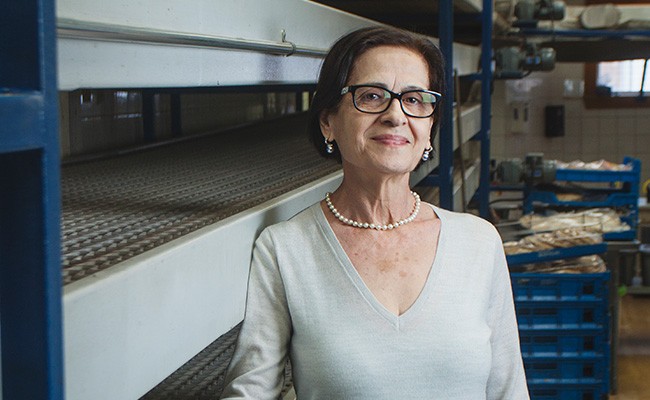 Who she is
Mary Laba, owner of the Fancy Lebanese Bakery, couldn't fry an egg when she moved to Canada from Lebanon. Now, she can quickly troubleshoot the bakery's pita dough. Less salt. More yeast. "She could tell me if there wasn't enough water just by the sound the machinery is making," says Nina, Laba's daughter who also works at the bakery. With 20 full-time staff, the Fancy Lebanese Bakery operates like a living organism. And after five decades of making pita, Laba is attuned to what it has to say. "I could stay here all day and all night," Laba says, "I don't mind." She credits everything she learned about baking to her late husband, Halim, who opened the bakery in 1962 and died in 1996. "People still talk about how wonderful he was," she says. Laba recounts the story of how Halim once knew a man begging for money and commissioned him to write a poem that is still printed on every bag of pita. "He was always giving people a chance to stand on their own two feet."

What she does
When Laba first started working at the Fancy Lebanese Bakery, she served customers and answered phone calls. Over the years, she slowly picked up new skills until she was making the pita by hand. Laba worked early mornings and late nights with a few spare hours in the afternoon. The night shift would finish at four or 5am and she'd come upstairs to the office, lock the door, unplug the phone and sleep in an armchair until the clock struck nine. Then, she would wake up and do it all again. Nina dubs Laba the bakery's "quality control." "I have memories of trying to peek over the table that I now tower over," she says. "I learned from watching my father and uncle work side by side. As children, the bakery was home. Mom and Dad were always working because it was continuously growing."

Where she does it
Originally, the bakery was named the Fancy Pastry Shop and specialized in cakes and pastries. But as the local Lebanese community grew, so did the demand for pita. To keep up with production, Laba decided to make the pita at night, baking throughout the evening to get it fresh out the door the next morning. Originally, a couple hundred bags of pita were made each day. Now, that total has leaped to a couple hundred thousand, in nine size varieties. The pita used to be cut, rolled and sheeted by hand. Now, machines have taken over much of the repetitive work. There is also a second bakery for artisan breads. These changes were made to ensure the Fancy Lebanese Bakery produced enough pita to stock Sobeys, Superstore, Costco and local restaurants and still have enough for family orders.

Why it works
"We've been here for so long. We couldn't see ourselves anywhere else," says Laba about the bakery's location at the corner of Agricola and North. She also used to operate the MidEast Food Centre next door, but now she rents it to Salam Mohammad, who keeps the small grocery alive. The bakery is especially noticeable on humid summer nights. Staff open the windows and the smell of pita wafts down the street and people stop to watch the bread travel around an endless loop on the rotisserie belt. Any damaged pieces unfit for packaging are stacked outside for passersby. Throughout the decades, the Fancy Lebanese Bakery has become a staple in Halifax's north end. And at the centre of it all has been Laba, her inexhaustible dedication to community and an unchanged pita recipe. 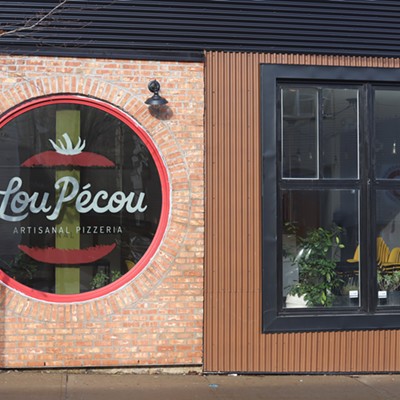