Where are we now? Nova Scotia Craft Beer in 2019 | Drink | Halifax, Nova Scotia | THE COAST

Where are we now? Nova Scotia Craft Beer in 2019

Hosts of the 902 BrewCast reflect on the good, the bad and the delicious things happening in Nova Scotia’s craft beer industry in 2019. 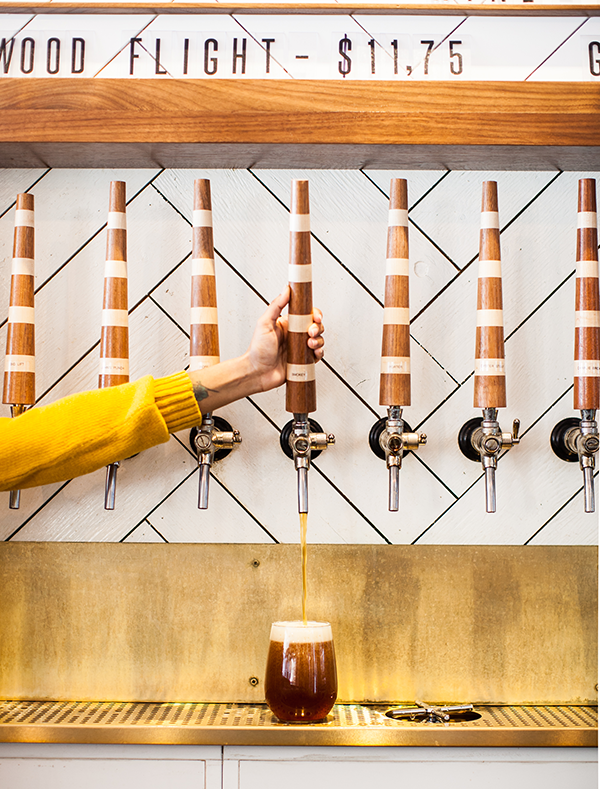 W e love change, and the craft beer scene in Nova Scotia somehow manages to bring us joy while at the same time begging to be KonMaried into the sun. There is always plenty to talk about when it comes to beer (we do it exclusively), so here's our take on what's brewing in our region right now.

The good
As much as we like to chirp our government monopoly beer regulator, the NSLC has done something right in launching its Crafted in Your Community program. The LC has put beer from seven Annapolis Valley breweries in 13 stores in the region, meaning you can get a taste of something local, like Bad Apple's Stearman APA, without looking too far beyond your front door.

Even more important than a little cooperation from the NSLC is the increased visibility in the diversity of the people involved in the beer scene over the last several years. Take a look at what's going on at Good Robot or in many other places around Nova Scotia and you'll see there is deep involvement, from different people, in the growth of the beer community. From the consumer to taproom staff, and all the way up to ownership, it's impossible to miss how much this industry has grown, but there is still a long way to go. Beer is awesome and everyone should feel welcome to enjoy it.

Last year 2 Crows Brewing in downtown Halifax got a mention in BeerAdvocate magazine's 50 of the Best New Breweries article, garnering some international attention to a burgeoning scene. Now #NSCraftBeer can be found in Australia and Belgium, as well as in stores and in bars across the country and all over the FT/ISO boards online.

It is almost every month that we hear about a new brewery opening or planning to open, and the existing ones continue to expand their fermentation capacity and product offerings—including ventures into the ready-to-drink (cider and canned cocktails) space. The industry is healthy and growing.

The bad
Right now, nearly anything that comes into the province or out to an NSLC store must go through the NSLC warehouse before being picked up or delivered. (Including beer being delivered to a store across from the brewery.) This introduces undue delays and shipping costs that are ultimately borne by the consumer. Plus, it's 2019 damnit and the NSLC should be thinking about the environmental impact of all that beer-hauling they're making everyone do.

The industry has done a great job working on getting what it needs from government, but from a consumer standpoint, there has been limited consumer advocacy from within the industry. Whether it is more education on styles or off-flavours, greater transparency on ingredients (what exactly is "natural flavour," anyway?) or helping customers understand pricing, elevating the consumer is really what will keep the boats afloat in this region.

Speaking of consumers, NSLC has capped the number of private stores at four, all of which are in the HRM. We believe there would be great benefit to having easier access to the different variety of beer that private stores import in other areas in the province. This would be especially beneficial in tourist areas like the valley and the south shore during tourism season. (At least you can order online from Bishop's Cellar!)

There appears to be some misinformation in various levels of governments as to how much breweries contribute to the economy and their communities. We, along with others, are always trying to show that breweries are not only good for the industry, but for their community and the economy as a whole. Beer is labour intensive and breweries opening result in job opportunities that are both directly and indirectly related. Get out to a new brewery (or 50) this year—you might find yourself surprised by what you'll find in all corners of this province, plus there's beer there too.

Gimme, gimme
Some beers that are brewed and packaged in Nova Scotia cost less to purchase in some other provinces than they do here—what's up with that? We'd like to see more transparency from the NSLC, especially where price fixing setting and category-driven price bands are concerned.

Finally, as much as the industry has made some strides, there is still a long way to go in terms of representation in the Nova Scotia craft beer community. There is room for everyone at the table, and brewers and consumers alike need to make sure we're doing what we can to actively encourage participation from everyone at all levels of the industry. a

Kyle, Phil and Anthony make 902 BrewCast, a podcast focused on craft beer in Atlantic Canada, encouraging beer travel and exploring the successes and challenges of the industry. See/hear more at 902brewcast.com or @902BrewCast.