The Coast
"Freedom Convoy" supporters in Halifax had a message for Justin Trudeau, but who's cramping whose style now that he's invoked the Emergencies Act?

What you need to know about the Emergencies Act in Canada

Done with the trucker convoy convoysation, Justin Trudeau invoked the Act for the first time in Canadian history to deal with the blockade protests.

Only the lucky ones received delicious chocolates for Valentine's Day, but all Canadians received the news of prime minister Justin Trudeau invoking the Emergencies Act for the first time in the country’s history. The emergency Trudeau is facing is the “Freedom Convoy,” a truck-forward protest/white supremacist movement that’s been particularly effective at blockading parts of Ottawa. But enough of the convoysation—let’s talk about this law Trudeau is using. What is it about?

The Emergencies Act passed into law in 1988. It repealed the War Measures Act, which passed in 1914 and was used in both World Wars, and also by Trudeau’s father (Pierre, Canada’s OG prime minister Trudeau) during the October Crisis in 1970.

The 33-year-old law authorizes extraordinary measures from the federal government to respond to public welfare emergencies, public order emergencies, international emergencies and war emergencies. It’s worth noting that the Act asserts that any actions of the government continue to be subject to both the Canadian Charter of Rights and Freedoms and the Bill of Rights.

The world is watching Canada

The BBC reports that under the Emergencies Act, “the government could bar travel to or from specific areas—from Parliament Hill or major border crossings, for example. It could order the evacuation of people and personal property from certain areas, possibly using this power to clear out congested areas of protesters. And it could direct individuals and companies to render essential services, perhaps ordering tow-truck companies to lend their services and clear the roads of demonstrators and their vehicles.”

The Russian news service has an explainer that clarifies this is NOT martial law: “Trudeau himself pointed out that there will be no troops in the streets. However, the emergency powers vastly increase the power of the Royal Canadian Mounted Police (RCMP) to act against what the PM called ‘illegal’ blockades and ‘occupations’ in specifically designated locations. It also grants the government’s financial intelligence agency FinTrac additional authority over banking, online fundraising, and cryptocurrency transactions.”

Al Jazeera talked to Daniel Beland, director of the McGill Institute for the Study of Canada, who explained the “Emergencies Act is more limited in its application than the War Measures Act it replaced, especially when individual rights and freedoms are concerned. Still, the invocation of the 1988 legislation for the first time sends a strong signal while being controversial, especially as some premiers and political observers have already criticized the idea of invoking the Emergencies Act at this time.”

Reactions in the Toronto press

The Toronto Star editorial board says “we will not join the cheering” for Trudeau’s decision: “Federal emergency powers may now be necessary as a last resort, but going that route is a shocking admission of failure by governments at all levels. This was and remains a policing issue. Right from the start, even before the truckers’ convoy rolled into Ottawa, there were laws on the books adequate to deal with this.”

Joanna Baron in the Toronto Sun points out that the declaration is “largely symbolic—at best, it signals that the PM is taking the situation seriously, and responds to criticism that he has been largely absent throughout the protests. At worst, it may give embolden unjustified and unconstitutional state action.”

The Canadian Civil Rights Association shared on Twitter that “The federal government has not met the threshold necessary to invoke the Emergencies Act” and that “emergency legislation should not be normalized.”

The federal government has not met the threshold necessary to invoke the Emergencies Act. This law creates a high and clear standard for good reason: the Act allows government to bypass ordinary democratic processes. This standard has not been met. 1/3

Finally, Professor of Political Science Emmett Macfarlane calls for calm, emphasizing that this is “not even close” to the War Measures Act. “Relax.”

I think some people are being a bit over-dramatic in their reaction to the 'unprecedented' invocation of the Emergencies Act. It is NOT the War Measures Act. Not even close. And the tools being used under it are hardly akin to martial law. Relax. 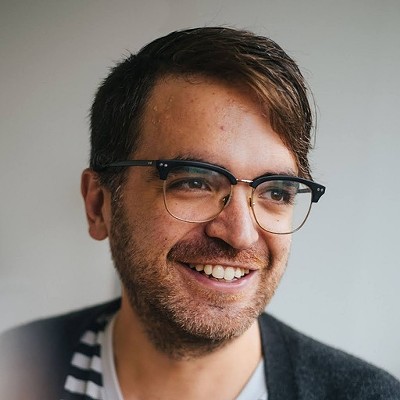 How do you feel about Trudeau using the Emergencies Act?