What we're doing right in Halifax

No need to go to Paris, there are plenty of amazing people and programs right here fighting for a better future. 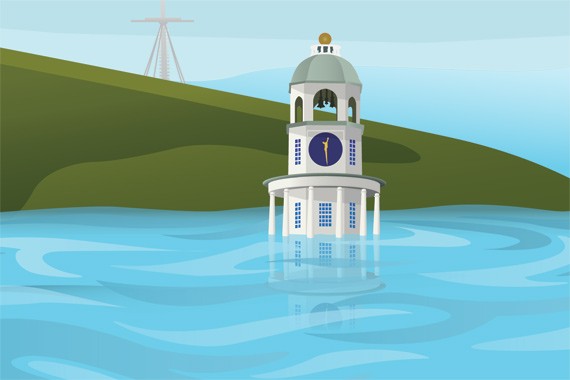 With the 2015 United Nations Climate Change Conference happening next week on the other side of the pond, we’re highlighting a few of the exceptional (and Halifax-based) initiatives that are tackling climate change and fighting the good fight here at home against environmental degradation.

Solar City
Solar City is a nationally lauded program created by HRM that’s providing homeowners with solar energy options and allowing residents to finance those upgrades through a “solar collector account” on their taxes. The pilot project wrapped up earlier this year after 388 system installations and Shannon Miedema, HRM’s acting manager for energy and environment, says it was a success. In March, city council voted to continue Solar City for three more years. Miedema says registration for Solar City 2.0 is expected to open in 2016 and the goal is to complete 450 installations annually. “It’s still under development…but it is likely to include multiple technologies, monitoring and data collection.”

The switch to clear bags
For some, it wasn’t a big change. For others, education on waste sorting was required. Either way, since August 1, Haligonians have been using clear bags (and maybe one opaque bag) for garbage disposal. And guess what? The compliance rate is at 99.5 percent, according to Matt Keliher, manager of solid waste for the city. Early numbers from the municipality also show residential waste has gone down by 30 percent. The city also created the Halifax Recycles app, for those who aren’t sure about sorting waste. So, what’s next?  “Solid Waste is working on diversion projects with multi-residential units and continuing education and awareness with residents,” says Keliher.

Halifax’s Blue Dot movement
Last month, Halifax city council voted unanimously to support a municipal declaration for the right to a healthy environment. According to Katie Perfitt of Blue Dot Halifax, it’s now one of 97 municipalities recognizing the right to breathe fresh air and drink clean water. After a year of organizing with volunteers, organizations and businesses, Blue Dot Halifax (a project of the David Suzuki Foundation) is determined to keep up the momentum.

“A year ago this wasn’t something people were talking about,” Perfitt says. “Many people, until now, were unaware that they didn’t have these basic rights.” Perfitt says they’ll now look to the provincial and federal governments to enact legal protection for environmental rights. “This will move us closer to our ultimate goal of having the right to a healthy environment recognized in the Charter of Rights and Freedoms.”

Ingrid Waldron’s fight against environmental racism
The relationship between race and risk of exposure to pollutants is what inspired Ingrid Waldron, associate professor and health researcher at Dalhousie’s School of Nursing, to study environmental racism in Nova Scotia. Her recent projects focus on how the location of African Nova Scotian and Mi’kmaw communities near environmental hazards affects the health of citizens in the community. “There is a disproportionate amount of pollution in these communities of colour,” she says. “Most people agree if you have contaminates around you, you will have an elevated risk of illness.” Through the ENRICH (Environmental Noxiousness, Racial Inequalities and Community Health) Project, Waldron has helped put together a proposal for a province-wide public consultation on aboriginal, black and Acadian communities affected by environmental racism. The so-called Bill 111 was introduced back in April and debated again at Province House this past week.

Divest Dal
Since 2013, Divest Dal has been advocating for the university to divest its endowment fund from the top 200 fossil fuel companies. “We believe it’s wrong for our institution to profit from fossil fuel industries that contribute directly to destruction of land, environment and communities, worldwide,” says spokesperson Caroline Merner. One year ago, Dalhousie’s Board of Governors voted no to divestment. Merner says this could have negative impacts on the university because of how oil prices fell in the last year. “U of T lost almost $560 million by not divesting from fossil fuels. We don’t have exact numbers yet but Dalhousie is very likely in a similar position.” If divestment happens sooner rather than later, Dal could be the first university in Canada to step up and divest its endowment fund.