What we know we don’t know about fracking

Before surveying the land and finding the gas, before boring the wells and breaking the shale, questions must be answered. 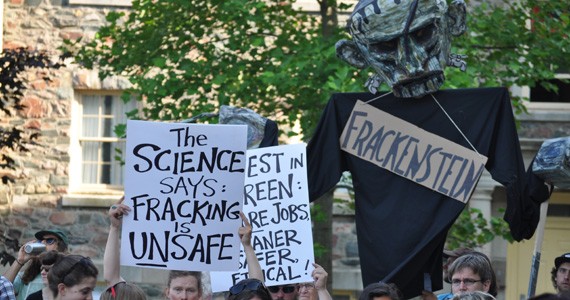 The practice is called fracking. The province’s two-year moratorium on it is almost up, and all the questions lie at the feet of Dr. David Wheeler, president of Cape Breton University.

Wheeler and the panel he leads---at the behest of the provincial government---are due to give their final report later this month, but Nova Scotians got a taste during a two-week public-meetings roadshow that ended July 29 in Whycocomagh.

Fans of “the good ol’ Canadian government study” were not left disappointed: true to the genre, Wheeler’s is a study calling for more study.

Study of community attitudes; study of health impacts and environmental risks; study to learn where the resources are and how much they’re worth---as Wheeler told a raucous crowd of three hundred at the Halifax consultation, a “significant period of learning and dialogue” is the panel’s prescription. 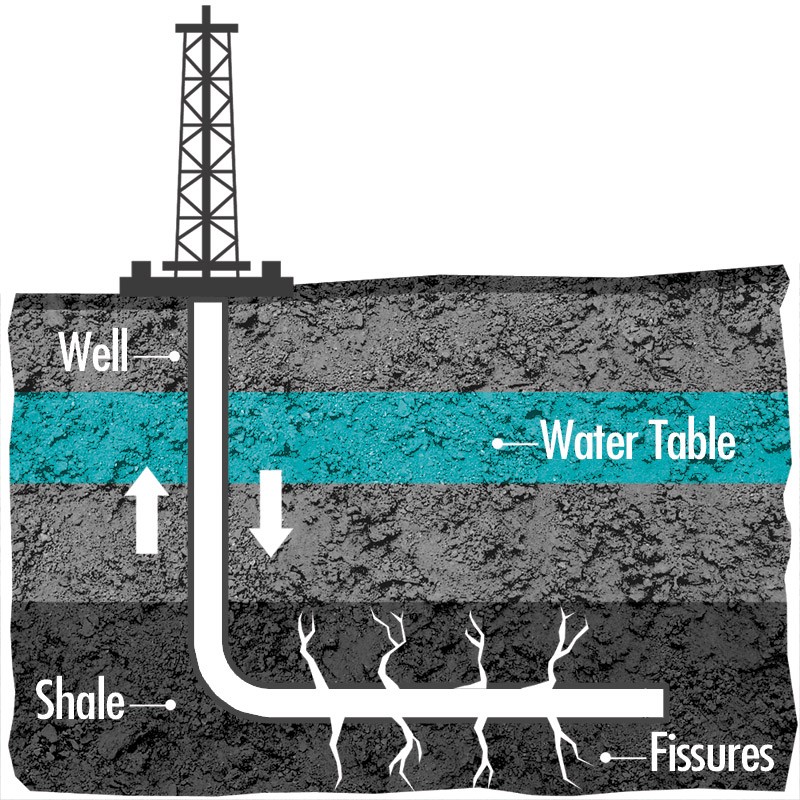 How fracking works Hydraulic fracturing, or fracking, is the name of an unconventional process for extracting natural gas from underground shale beds. Developers dig a vertical well, one to three kilometres deep, before extending it horizontally. They pump down massive quantities of a trademarked mix of chemicals, sand and water. This pressurized mixture breaks the shale bed and the sand gets caught in the fissures, keeping them open for gas to escape up the well, where it is harvested.

But the panel stopped short of advising any course of action for the fracking moratorium itself---whether to lift it, extend it, or ban hydraulic fracturing outright.

“It’s not our job,” Wheeler told the Halifax meeting.

So, if now’s not the time for firm answers and solid conclusions, let it be the time for pointing out answers that should be questions, and conclusions that are shakier than they seem. Here’s what we know we don’t know about fracking in Nova Scotia.

We know we don’t know whether Nova Scotian communities have enough water to frack without going thirsty.

The Wheeler panel thinks we do, stating that “water use for hydraulic fracturing would likely not lead to issues of water demand for the majority of the province.”

Meanwhile, a team of Dalhousie scientists are mid-way through a project to fix the fact we know dick all about our provincial surface water supplies.

Just this spring, the researchers and the provincial government published the Nova Scotia Watershed Atlas, calling it the first high-level assessment of the health and stressors of the province’s watersheds.

Dubbed the Nova Scotia Watershed Assessment Program (NSWAP), they’ve been working together since 2010 to fill knowledge gaps about the status of watersheds: which are the most at-risk, and what patterns are happening at the provincial-scale, and so on.

What they’ve now completed---the first of two planned stages---is the mapping and risk-factor ranking for about 250 watersheds.

What they’ve found is some of the watersheds with the highest potential to be harmed are in Colchester, Pictou and Cumberland counties---the same areas that are currently being explored for conventional fossil fuels, and have been marked as being potentially frackable.

Summarizing their work in an article recently accepted by the peer-reviewed Journal of Hydrology, the researchers specifically call out Wheeler’s review of shale gas development in discussing the limited knowledge surrounding our surface water.

The NSWAP researchers say there is a “critical need” for water budgets in Nova Scotia---essentially hydrological cash flow statements, accounting for water entering, leaving and staying in a watershed.

Until we have that, we can’t actually know how much water there is in an area, and we can’t be sure, as Wheeler and friends are, that there’s little risk of withdrawing too much.

“Without this information it is not possible to conduct a comprehensive evaluation of the potential risks to surface water supplies due to large-scale water withdrawal projects,” says the NSWAP.

The researchers also note that Nova Scotia is unique for having a bunch of small watersheds draining to the coast, instead of being dominated by a few large ones---like, say, New Brunswick.

“If you include all the islands and all the small coastal watersheds, there's over 2,500 across the province ,” says Kevin Garroway, a water monitoring expert with Nova Scotia Environment, and a lead scientist on the project.

That means that not only is it misleading to think of the province as having 40-some large watersheds, as conventionally is done, but also that, due to their often small size, Nova Scotia’s watersheds could be more delicate than we think. Just as a drop of poison in a glass is more potent than one in a vat.

Wheeler and friends are also suggesting that the province watch the example of fracking New Brunswick, which presents its own host of unknowns.

In the McCully Fields around Penobsquis, near Sussex in the province’s south, the 30 wells there make up about two-thirds of the province’s total. But, says Dr. Brad Walters, a professor of environmental studies at Mount Allison University, most of those are drilled into “tight sand” deposits---a different beast from fracking in shale, because gas is locked in low-porosity sand instead of bubbles within the rock.

Plus, underground wells from the local potash mine existed before and during natural gas development in the Penobsquis area, making it hard to disentangle the effects of the mine from the effects of the fracking. And there have been effects aplenty.

“I believe some dozen households lost their water, just like that. Literally overnight, water wells dried up, and what was likely happening was that it was emptying out into the mine, because the mine was flooding,” says Walters.

There were also reports of sewage leaking into the ground around homes, and of houses slowly sinking into the ground. This led to Penobsquis residents filing a legal complaint against the company, Saskatchewan-based PotashCorp, seeking damages.

This is tied to another unique problem with fracking in the Maritimes. As Walters explains in his written submission to the Wheeler panel, the geography of Atlantic Canada is such that shale gas deposits often co-exist with populated areas. Unlike in Northern B.C. or Texas, people here would be living much closer to fracking operations.

“All these things were happening to these people and to put it bluntly, the government just didn't give a shit, and they had to basically hire a lawyer and force the government to the table,” Walters says.

More than two years into that legal battle, most of those residents abruptly withdrew from the proceedings in 2012, with some citing an unfair disadvantage and a broken process.

“There’s your Lesson Number One,” says Walters. “It’s that all this talk about having regulations in place and how the government is going to protect people's interests; the Penobsquis case is clear illustration that that is just nonsense.

“When push came to shove it was clear where the province placed its allegiance.”

The very starting point for considering fracking is the notion that it’s more efficient and more effective than other means of harvesting energy. That’s the root of the much-heralded “golden age of gas,” and of that ever-tantalizing carrot---job creation.

It’s why “yes, but” can still follow the list of fracking’s potential harms---methane in the air, chemicals in the groundwater, mysterious ailments of nearby residents.

But fracking isn’t even as economical as many think. When considering “energy returned on energy invested” (how much you get for how much you put in), fracking doesn’t size up all that well.

Though it’s highly situational, and the field of study is fairly new, the average EROEI for shale gas is five-to-one. That’s a few points lower than the ratio championed by industry, and about on par with the tar sands, and of course far below the EROEI of a conventional oil play (25-to-one).

The efficiency of the whole process gives one pause, too. The resources are often concentrated in “sweet spots”, which are the first to be developed. When the wells are bored and the fracturing releases the gas, the gas comes out fast (many wells see bumper production in the first few years), followed by fast and steady decline.

To think that the United States has become a golden land of cheap, fracked gas would also be inaccurate. While there are about 30 shale plays across the country, 88 per cent of the country’s production comes from just six of them. About a third of the country’s wells are in decline, and another third have flat production.

To paraphrase Donald Rumsfeld, these are just known unknowns. What riches Nova Scotia will gain from the controversial process, and what we all could potentially lose, are still frustratingly vague. As Nova Scotians have made clear, that uncertainty isn’t good enough.

“I’m terrified,” says Eleanor Kure, who attended the volatile Wheeler panel meeting in Halifax. “[The panel is] basically just saying ‘Don't worry about it. It's going to be all right. We'll be careful,’ and unfortunately there is not a way to be careful with something that's so dangerous.”