What the pandemic means for a soup kitchen’s holiday meal

Soul’s Harbour will give out at least 400 meals and 800 stockings this season. 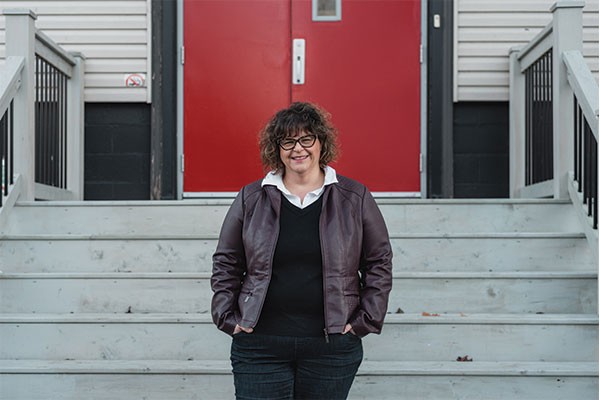 alexa cude
Michelle Porter will have Christmas day off for the first time in nine years.

Over the past nine months, food banks and shelters have adapted to pandemic regulations. Limited capacity and take-out meals have become the norm. And the holiday season won't change that.

"At first we were quite disappointed, and we really batted around, 'what do we do?' But then we thought 'OK, well if they can't come in anyway, how about we give it to them early?'" says Michelle Porter, who co-founded Soul's Harbour Rescue Mission along with her husband Ken.

Each year, Soul's Harbour typically has a sit-down seafood chowder dinner on December 25, giving out stockings to everyone. "It's like a home away from home," Porter says.

Then they give out stockings again on New Year's Eve. "By then, the community has wrapped up their Christmas meals and we can make New Year's a special thing for everyone that way," Porter tells The Coast by phone. "That's our normal Christmas routine, and it's a lot of work. It's big and it's exciting and people come in and they visit and it's like they're family."

This year, people will be asked to pick up their stockings and meals, with enough food to last two days, on December 24. "They can choose to save their stocking for Christmas the next day," says Porter. In previous years, some parents would pick up stockings and gifts for children the day before anyway, "and then they'll be under the tree the next morning."

During the pandemic, Soul's Harbour has had increased use, and Porter expects that to continue over the holidays.

"We usually prepare for at least 400 people on a special day like that, but what changes this year is we need to prepare for even more," she says, "because our regular meals are going to more people, so when they find out we're doing a special meal we will get even more coming."

Despite high numbers, she's not worried about getting enough donations. In fact, Soul's Harbour got its first donation of over 80 stockings from a local business in late November. "They've even got 10 disposable masks and hand sanitizer," says Porter.

Porter says many elderly volunteers at Soul's Harbour's Mission Mart thrift store had to refuse work during the pandemic, and she doesn't blame them. They're looking for young, healthy volunteers, but also finding ways for everyone to contribute from home.

"One of the things will be rolling plastic cutlery into napkins with a little elastic band, and those will be quarantined for 72 hours before we use them."

For many Soul's Harbour staff, this is the first year in a long time they won't be working together on December 25. "Personally, I haven't had a Christmas off in nine years," says Porter. Other staff seem ready for a rest. "Even Greg, who we call Mr. Christmas, he's like, 'I think I'll enjoy having a break."