What the law says about the war on pizza | City | Halifax, Nova Scotia | THE COAST 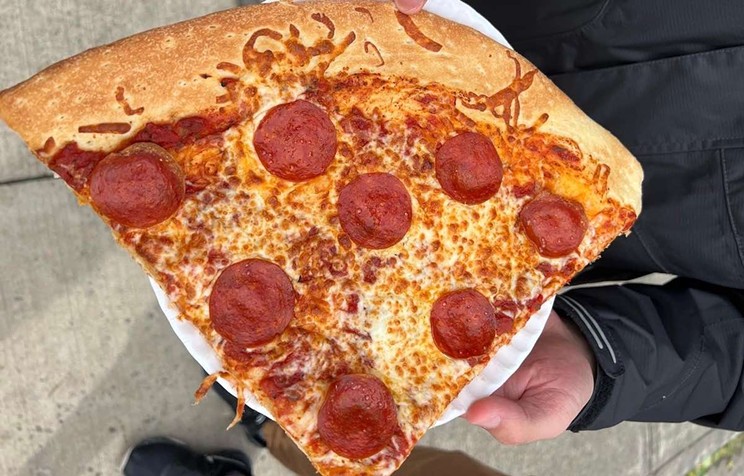 The Coast
Can city council just shut down legally operating businesses? Sort of.

At its heart, the war on pizza is a fight that councillor Waye Mason has picked with two small businesses in his district. The two businesses—Jubilee Junction Convenience and Takeout, and Triple A Convenience and Pizzeria—are convenience stores located across from each other at the corner of Jubilee Road and Preston Street, near Dalhousie’s main campus. They are also both pizzerias, with permits to legally be open and serve food until 3am.

But in successfully turning their intersection into a busy new Pizza Corner to rival the original late-night slice destination downtown, they’ve inspired enough complaints from homeowners in the surrounding neighbourhood to earn Mason’s opprobrium. Can city council just shut down legally operating businesses? Sort of. Let's dig into the legislative process.

The war on pizza: Council’s attack against two slice shops is the talk of the city. But the debate about late hours and noise misses that this is a fight for community.

Halifax sets the guidelines about how land is used through what’s called zoning rules. Jubilee Junction and Triple A are on land zoned RC-1, or neighbourhood commercial, and are explicitly allowed to be open as late as 3am. What Mason is proposing to his council colleagues is a bylaw change that would force stores zoned RC-1 to close by 11pm.

A city report on this issue says there are currently 25 properties zoned RC-1 and, of those 25, five are stores that could be open past 11pm. But according to Coast research, which may or may not have involved going on a few late-night chocolate bar runs, only two of those stores are actually open past 11pm.

You get a gold star if you guessed Triple A and Jubilee Junction are the two stores that Mason’s proposal would impact.

11pm closing is not a rule yet

Despite what deputy mayor Pam Lovelace claimed on Twitter over the weekend, this bylaw is not yet the law of the land. And the reason it isn’t a law yet is because the procedure on how to make a proposed bylaw an actual, enforceable bylaw is very well-defined. So here is a recap of how bylaws come to be in the Halifax Regional Municipality, for anyone who needs it, from the deputy mayor on down to the rest of us plebs.

The next step in the process is to give first reading to a proposed bylaw. Council usually meets once every two weeks, so after giving notice Sept. 13, Mason could have done a first reading at the meeting scheduled for Tuesday, Sept. 27. But Hurricane Fiona’s devastating arrival the weekend before meant council delayed its meeting to Thursday, so the first reading of the early closing bylaw was on Sept. 29.

After first reading is the time for public consultation. The minimum required time for public notification is 14 days prior to second reading. That notification has to be published in the designated paper of record—in Nova Scotia it’s the ChronicleHerald—and will then be posted on this HRM website. This notifies people that if they want to write a letter to council with thoughts about the changes, they have 14 days to do so.

Second reading of the bylaw happens after public consultation. No further debate is required unless a councillor requests a debate, and there is nothing stopping council from ignoring any letters it receives.

This process before second reading is open for any member of the public to respond. The only condition is the respondents have to be public, they can’t be anonymous.

The proposal’s next time at council

With council meeting every two weeks, there are 14 days between meetings—technically just enough time to satisfy the public consultation requirement if council moves quickly. But for the convenience store proposal, Fiona messed with the timeline. Council’s next meeting is Tuesday, October 11, which is only 12 days after that storm-delayed Thursday, Sept. 29 meeting. Plus, as of this writing, public notice has not gone out yet, so this bylaw cannot pass second reading at council’s next meeting on Oct. 11.

At least it can’t legally pass second reading. If council does rush this legislation through next Tuesday, the pizza shops will doubtless have a very easy time getting it overturned by the courts. So the earliest legitimate opportunity for second reading is the Oct. 25 meeting.

Second reading is the last step a bylaw has with council: A vote to approve after second reading means the bylaw can take effect. However, it doesn’t actually come into effect until the bylaw is published in the paper of record. And not until then, councillor Paul Russell. (Some bylaws require approval from a provincial cabinet minister, but the pizza shop one does not.)

Where it can get messy is in the area of civil litigation. In lay terms (with apologies to lawyers): If someone believes they were unfairly harmed by the city, they can sue for damages. And since the city’s legislative process is antiquated, there are lots of holes that a legal challenge could take advantage of. And it doesn’t help that parts of this system are, by design, unfair.

For example, between the notice of motion and first reading of any bylaw, city staff have to put together a report about the proposed changes. In the case of the convenience store bylaw, deputy mayor Lovelace incorrectly told her Twitter followers that the public consultation on this was done. However, what the city actually did was reach out to the affected landowners (25 of them) about the changes. None of them responded. If Jubilee Junction and Triple A rented or leased their space, they would not have been consulted in any way.

They do own their building but were not meaningfully consulted, according to both pizza shop owners in our accompanying feature story about the war on pizza. And the staff report backs them up. The report notes that the loss in revenues—which staff wrote “may be as high as” 10% of revenues—is “based on staff estimates and limited feedback from impacted firms.” That estimate, according to Triple A owner John Amyoony, is off by a bit. He says the change will eliminate 50% of his revenue and force him out of business. Does he have a legal case if the council makes a permanent bylaw change based on a staffer’s guesswork?

Then there’s the question of motive for a bylaw that seems particularly narrow and punitive in its focus. Mason’s been mentioning reining in those two convenience stores in his newsletters for a few years. Sure, it’s likely just reflecting and communicating the concerns of his neighbours, but will a judge agree that this is a righteous use of political power?

One of the reasons Mason has been pushing for this change is because, as he told council, pizza stores “can be quite disruptive to the community especially if they're serving pizza and have a lot of folks coming back from downtown, congregating outside eating said pizza.” Although staff noted in their report that they couldn’t prove that the issues Mason described are actually happening. Or as they wrote, “while the number of firms currently operating during these hours are small (5), it isn’t clear that negative externalities are present (substantial pollution, noise etc.).” Is it fair to force two companies out of business with a bylaw targeting them to solve a problem that city staff can’t even verify exists?

In recent meetings, HRM’s council has forced some cases to be shoehorned into the new public consultation process—that isn’t even ready yet—due to concerns with the old public participation system. Why is this bylaw being jammed through with as little debate as possible? Is it malicious?

Multiple councillors have told people this bylaw change is a done deal before the legally mandated public participation window has even opened: Have they already made up their minds? Does that undermine public participation enough to clear the low bar of civil litigation?

These are pertinent questions in a civil society. And the wrong answers could see the city taking delivery of a lawsuit.