What the hell is that? 2022’s breakout star, Pearl the Oyster | Opinion | Halifax, Nova Scotia | THE COAST

The Coast
Pearl the terrifying sexy giant viral oyster (left) and a fan on the Halifax waterfront.

The world is her oyster and we’re just living in it.

The internet collectively shit its pants this year over The Coast's Oysterfest mascot, Pearl.

It started on a Sunday in July when Halifax Twitter influencer (yes, Amy you’re an influencer now) Amy Langdon tweeted this photo with the caption “this is the mascot for the Halifax Oyster Festival and i’m absolutely terrified of it.”

this is the mascot for the Halifax Oyster Festival and i’m absolutely terrified of it. pic.twitter.com/bBdMyBW3H6

A star was born and Pearl, the multi-eyed maiden of Halifax Oyster Festival, went on to steal the hearts and the souls of thousands of unsuspecting innocents across the internet. People online turned Pearl into memes, comparing her to Dr. Who and/or a Power Ranger villain. She’s inspired tons of fan art.

She made the news and was featured on CBC Radio’s As It Happens, Buzzfeed and most recently The Weather Network. Last month, she even ventured across the harbour to meet her fellow (rival?) Halifax mascot with luscious eyelashes, Woody the talking Christmas Tree, to squash fake beef started by The Beaverton.

Our sexy oyster mascot’s virality was a little (I mean, we always knew she was an icon, but…) unexpected because she’s been around for a few years. Pearl came to life in 2016 when Coast colleague and artist Aziza Asat mocked up this drawing for Oysterfest t-shirts, flags and other marketing goodies. The following year, local artist Helah Cooper brought her into the corporeal realm by constructing a mascot of Pearl out of papier-mâché.

Now her face, with its many eyes, is everywhere: nail art, action figures, makeup looks, she’s been tattooed onto people's bodies. We’ve even made our own Pearl merch with Asat’s original drawing on tea towels and t-shirts (which you can buy here). Pearl is, and will continue to be as long as Oysterfest is around, the moment. She is independent, she is stylish and she’s not that creepy once you get to know her.

Pearl comes in peace (for the most part; she’s hostile around ocean polluters) according to this hilarious Buzzfeed article which interviews Pearl alongside our publisher and main organizer of Oysterfest, Christine Oreskovich. In the article, which is one of the few interviews she has given since her rise to fame, Pearl drops a lot of lore clarifying that her and Earl (her moustachioed compatriot) are NOT dating, she is very queer (she’s a bi-valve after all) and she feels no pain.

“I'm a hard-working oyster. I'm filtering the damn ocean all day, and I drink salty dogs and Blue Lobster on the side of the wharf all night. Every night. Pain is relative,” Pearl told Buzzfeed in July.

At the moment, Pearl and Earl are having a much-deserved rest in an undisclosed storage unit in Burnside. But, in waters all throughout the Maritimes, millions of their offspring are waiting and growing up to be big and strong so they can meet you at Oysterfest 2023.

John Mulaney is coming to Halifax on Nov. 4

6 things you can do in HRM this Thanksgiving weekend 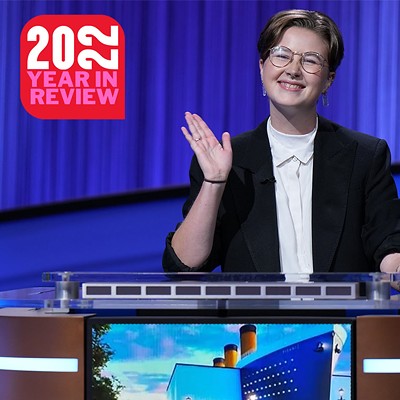