What happened this year at Evolve

Harm reduction can be a hard pill to swallow. 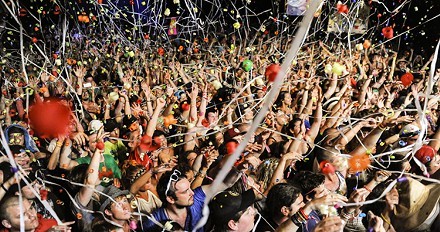 Scrambling to find a new insurance provider wasn’t how organizer Jonas Colter wanted to spend the days before this year’s Evolve Festival. The annual four-day music showcase was nearly cancelled simply because Colter announced there would be free drug-testing.

“If I expected [that outcome] I would have just kept it a secret,” he says, with hindsight.

Free drug-testing kits provided by festival organizers is a growing but controversial trend in Canada’s music world. It’s a compassionate harm-reduction philosophy that clashes against the corporate canon of profit over people.

“It was ironic that when I started reaching out to other insurers some of them said, ‘The pills and powders aren’t a problem, it’s that you’re offering sunscreen and free condoms,’” Colter says.

Evolve eventually went forward with a new insurance provider, but without drug testing. Several attendees at this year’s festival ended up being taken to hospital for overdoses, and 21-year-old Dylan Jonathan Avery Champion of Summerside, PEI died after being airlifted to Halifax.

It’s unclear if drug-testing would have averted any of those tragedies, but Colter wants to start somewhere.

“If you’re a responsible person with any amount of ethics or morals, you do what you can to keep people from suffering from dehydration, from sunburn, from dying driving home,” he says.

Drug testing kits are just another way he hopes to keep Evolve attendees safe. “Hopefully it would minimize those potential tragedies.”