What do you think needs to be fixed? 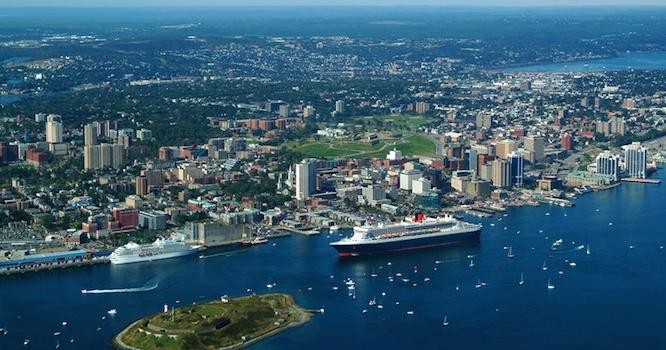 We reached out to public figures, community leaders and business owners to find out how they would fix the city. Some edited responses were printed in this week's issue, but below are the full replies we received.

“More use of our wonderful harbour. We should have extended hours on our downtown ferry, with more people living downtown because of the King's Wharf development and the many other developments that are happening. Also we should be running water taxis. We talk about helping our environment and yet we don't encourage people to take the ferry. Take note that during storms when other methods of travel have stopped, the good old ferry is still traveling,” —Gloria McCluskey, councillor Dartmouth Centre

“If we could fix one thing in Halifax it would be to increase the voice of youth so that their passions, skills and insight as powerful community leaders was taken more seriously,” -Laura Swaine, executive director HeartWood Centre for Community Development

“Increase density on the peninsula. We used to have 95,000 living on the peninsula. Now we’re at 60,000. Thirty-five thousand more people would mean more customers for our local merchants, and less cars on the road (benefiting the environment and decreasing infrastructure costs). The outcome is an even more livable city,” —Labi Kousoulis, MLA Halifax Citadel-Sable Island

“One thing I would change about Halifax would be the addition of a Bixi or "bike sharing" type system for Halifax. Let's get some additional exercise whilst freeing up some of our traffic problems!” —Jeremy Moore, director of health and wellness for Fusion Halifax

“I would like to see Halifax adopt some of the principles of ‘Buen Vivir’ (or ‘good living’) that are currently guiding development and governance in many cities and towns in South America. Every step we take as a city would be evaluated according to how much it contributes to our holistic well-being; how well it respects the interdependence of people and nature. The result would be more decisions that put people before profit, development that gets people out in public with each other (like the new library!), and infrastructure that makes it more convenient to do things that are sustainable and healthy (biking, walking) than things that are stressful, dangerous and polluting (driving). I actually think we’ve taken steps in this direction already, so my change is really about making an explicit commitment to these principles and experimenting with some of the ideas emerging from Columbia, Ecuador and so on,” —Dr. Karen Foster, sociologist and assistant professor of Dalhousie’s department of sociology and social anthropology

“I would create a fast train system on the existing rail lines that run through the city,” —Patricia Arab, MLA Fairview-Clayton Park

“Let’s fix how we see the Africville lawsuit. By discarding the old lens, we can begin to see it for what it fundamentally is: a rule-of-law issue. We all agree the government can’t seize our private property, except for in the extraordinary circumstances of expropriation. If government takes that extreme path, they must follow all of the rules and fairly compensate affected citizens. If they don’t, all citizens suffer a breach of their rights. The Africville lawsuit is our chance to see if the government acted lawfully when it destroyed Africville, or if it violated the rights of its citizens,” —Jon Tattrie, journalist and author

“Interestingly, at our neighbourhood holiday gathering we discussed how it would be AWESOME if there was never any parking on Quinpool Road. Leave the parking for the side streets. And let Quinpool be a fluid and effective artery in and out of the city (and a bike lane on it would be great too),” —Krista Butler, Nutritionista

“We are on so many things that could make our city even better than it is. So many ongoing and new initiatives are underway. I personally have about six high priority issues that I really focus on. Given this, and not to discount or diminish anything else, pedestrian safety is one of those priorities. The one area that requires us all to work together on is the elimination of PREVENTABLE pedestrian-vehicular collisions. In the last two years there has been a focus on pedestrian safety, and yet pedestrians and drivers alike still are distracted by using smart phone features—texting, email, Internet browsing, phone calls and so on—when they ought to be paying attention to their surroundings while walking and driving,” —Steve Craig Councillor, councillor Lower Sackville

“I would fix the lack of physical activity in the school system. Our youth are getting heavier and heavier and they are not given any chance during the day to be physically active. More gym time, field time, playground time and access to these types of facilities (with supervision) is needed,” —Mathew Benvie, Evolve Fitness

“I found this question a challenging one, maybe because my activism branches out to many areas; the LGBTQ community, literacy, local community development, et cetera. And I also find it challenging, because a lot of what I want to change would have to be on a provincial level (for example; changing the requirements for having your gender marker changed on government IDs). If I could change one thing in Halifax for now, I would probably strive to make the transit system better so that its citizens could actually travel around their city within reasonable hours and timeframes,” —Jay Aaron Roy, activist and owner of Cape and Cowl Collectibles

“I would say it would be great if there was a faster, more streamlined transportation system such as a monorail or a subway that wasn't dependent on traffic that would allow passengers to zip around to all parts of HRM!” —Angela Power, health and fitness coach

“I'd like to see a solution to city traffic that doesn't poor bash. I live in Armdale. I live surrounded by some awesome young families that can't afford to live on the peninsula. They have to drive because their work lives and child rearing responsibilities make bicycle commuting impossible. I get frustrated when I see so much anti-car rhetoric in Halifax because it doesn't solve the biggest problem; citizens who are too wealthy to give a &^%$ so they drive their Audis and Toyota SUVs whenever and wherever they please even though they could leave it parked in their Halifax driveway and walk. When we use punitive measures such as zoned parking or start talking about tolls—or increase parking rates on the peninsula—it only ends up penalizing young families who simply can't afford to live anywhere else but Fairview or Herring Cove where walking isn't an option. I'd like to see a class/income-based solution to traffic at the rotary and affordable parking options for young families who can't afford the kind of lifestyle that single, yuppie north enders can enjoy because they can afford the rents in that neighborhood. That's what I'd like to see. Oh! And also for foie gras to be removed from the menu at the Brasserie. I'd love to go there but will boycott until it is off the GD menu. Local food options shouldn't come part and parcel with unnecessarily cruel carnivorous dishes that only a sociopathic foodie could enjoy,” —Ardath Whynacht, poet, professor of criminology at SMU and youth advocate

“Have people treat others the way they want to be treated.  No road rage. No litter. No bullies. No gossip,” —Matt Whitman, councillor Hammonds Plains-St. Margarets

“Halifax has changed a lot in the last past few years, but one thing that hasn't changed is the parking situation. The population is growing, but not the parking spaces. So if there is not enough space at ground level, maybe underground parking could be a solution,” —Frederic Tandy, chef at Ratinaud

“Traffic Issues. This city is woefully not capable of making straightforward traffic decisions. One-way streets that route you this way and that way…Traffic lights at 3am that operate as if it’s 3pm (instead of going to a flashing red system), STILL inadequate traffic flow into and out of the city core. It’s hard to believe that people are paid a lot of money to ‘run’ our traffic system. Maybe I’m missing the complexity of rerouting a street or timing a set of lights, but…” —Jason Garnier, Scanway Catering “I love Halifax and what it has to offer my family. I'm not sure I would specifically ‘change’ anything, however, I would love to see the transportation options in the city continue to be improved. A high speed ferry and light rail system are both ideas I would support in Halifax. I also think there should be free short term parking for tourists,” —Laura Snow, blogger MyLifeintheSun.ca

“As a representative of the people, I felt I would take your question to them for a response to 'what they would change about Halifax'. The responses focused in great numbers to the desire to hear from more positive people/happenings in the media. And since I was particularly interested in the viewpoints of youth (18 to 25), I engaged them as well. Their responses focused on the need to provide more affordable secondary education and youth employment/retention opportunities. Many graduate with heavy debt with few prospects for work. Those who find work are paying their tuition for many years before they can plan for the future. This input would align with my thoughts as well. It is incumbent upon all of us to provide hope for the future,” —Lorelei Nicoll, councillor Cole Harbour-Westphal

“If I could change one thing, it would be transportation. I think HRM could use a dedicated bus lane to the downtown core. This would encourage more people to use public transportation and could have a significant impact on the lifespan of our infrastructure and a positive impact on our environment. I would also like to see HRM—the downtown core and the outskirts—filled with bike lanes and trails. I want HRM to be a city with active transportation that would be the envy of the rest of Canada!” —Brendan Maguire, MLA Halifax Atlantic

“One thing I've always thought is that Halifax could benefit from having a few more residents—say 200,000 more. I think just having that many more people would move Halifax out of the small city category without making it too big and I think that would be a good thing in many ways,” —Liz Smith, owner of Indochine Banh Mi

“If I was limited to one thing for change in Halifax: more acceptance to the necessity for change in our neighbourhoods. Solutions are available; the enemy is often among us,” —Reg Rankin, councillor Timberlea/Beechville/Clayton Park West