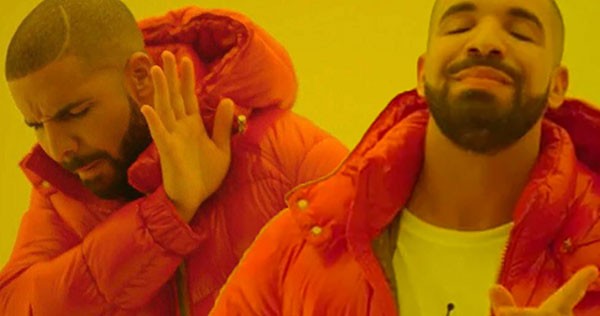 Tired: Sleeping on AstraZeneca and allowing vaccine waste. Wired: Knowing the best vax is the available one.

“We’re going to be throwing vaccines in the garbage and it could’ve been in somebody’s arm.”

People are spamming pharmacies’ non-existent waitlists for other vaccines while AstraZeneca shots expire.

The scene at one HRM pharmacy looks like this: Back-to-back appointments, four an hour. The sound of vials of vaccine cracking open is such a constant noise it probably permeates the pharmacists’ dreams. It’s a well-oiled machine, if one that’s new on its feet. “We’re highly sought after,” says the pharmacy manager (who, like all the pharmacists in this story, would only speak anonymously about medical issues). “We’re administering Pfizer and we haven’t run into a single no-show. I think that has to do with vaccine preference by the population.”

It turns out, she’d thought right. Chief medical officer of health Robert Strang continues to assert that there is no vaccine waste happening in Nova Scotia, saying on April 13 “our vaccine wastage is well below one percent,” and adding this past Tuesday, “The reality is we have only a relatively small amount of AZ vaccine that’s unused at this point in time.” But that’s not how it feels for pharmacists with cases of AstraZeneca vials.

How 40-to-54-year-olds can book an AstraZeneca vaccine appointment: Online booking for the 10,000 AZ doses Nova Scotia has available opened early this morning.

“We have the AstraZeneca vaccine. And initially, we were fully booked, it filled very quickly,” says another pharmacist working at a pharmacy that carries only the AZ vaccine, something that she adds is slightly atypical. “And then when they dropped the age on the Pfizer and Moderna, then people cancelled their appointments and rebooked somewhere else.

“So the vaccine we have in the fridge isn’t going to expire until June something or other. But, for example today, we had six appointments and had to puncture a new vial—it’s listed as having 10 doses per vial but you can almost always get 11. And that is only stable for 48 hours once punctured,” she continues. “So if we only have a handful of appointments, we want to vaccinate the people who are here, but then we’re in a situation where we’re going to be throwing vaccines in the garbage because it will have expired and it could’ve been in somebody’s arm.”

To her, vaccine waste is not a question of if but of when. “I’ve asked the pharmacy association about, like, what if the person is 52, at the end of the day and I have a vaccine I'm going to put in the garbage, can I give it to them? And the answer is no. So, we’re kind of outraged.” (Today the province opened access to AstraZeneca to anyone aged 40 and up, so appointments may get filled again.)

The Pfizer pharmacy has phones ringing off the hook with people asking to be added to waiting lists for no-show appointments (something they are very much not allowed to do, the Pfizer pharmacist adds, explaining that any leftover vaccine is given to an existing client of the pharmacy who matches the government-mandated requirements). There are even some people spamming local pharmacies with faxes begging for a shot, a sort of resume for why someone outside the current vaccination cohort should get to slide into a cancellation list (even though all the pharmacists we asked say that these cancellation lists are not allowed).

One such fax obtained by The Coast stresses the 55-year-old author’s immediate availability and willingness to travel to any location for a dose, before adding “although the AstraZeneca is offered to my age group, I have made an informed decision to not take the AZ vaccine, and to wait for the mRNA vaccine to be made available.”

“Wow, just wow. It’s the wasteage, right? It’s that they’re going to go in the garbage,” says the AstraZeneca-administering pharmacist. “The logic that things are bad enough here for the risks to outweigh the benefit of the AstraZeneca vaccine? Are we gonna wait until it gets bad, then? Yesterday when I went home, we had 350 doses in the fridge, which will expire at the end of May 6. Like, tomorrow I have 40 slots open and no bookings.” She takes a breath, a palpable frustration that was mirrored by the Pfizer pharmacist upon hearing this. One wonders how safe the woman who sent this fax would feel flying in a plane, or if she’s ever smoked a cigarette (both behaviours that can cause blood clots).

It’s irresponsible to refuse a vaccine (yes, even AstraZeneca): If you’re a healthy person who doesn’t want a shot, you’re being selfish.

“During flu shot season, we don't really discuss with the patients what vaccine, which manufacturers’ vaccine we have, and it often changes—like we're up for shipment and it's all one thing and then the next shipment is something different,” the AZ-administering pharmacist adds. “Just because you had the AstraZeneca vaccine this year doesn’t mean you can’t get the Pfizer next year. The best vaccine to get is the one that’s available to you first.”

No masks, no limits, no POV as Nova Scotia lifting all COVID restrictions March 21