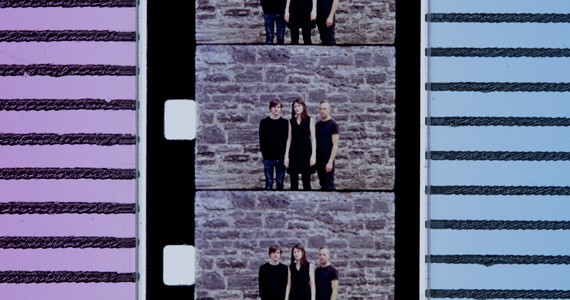 In today's age of "just punch it in," Woodford and Loney run the analogue Montreal studio The Bottle Garden. Responsible for producing their albums, including the latest masterpiece Do Not Affect A Breezy Manner, Woodford and Loney plan on transferring their recording prowess to their live set-up, devising a plan to play along with a portable Nagra reel-to-reel, which would allow them to play along with tambourine, keys and tape effects that they have on their recordings. "We'd never want to use this for a whole set, because there are some songs where leaving room for a bit of spontaneity makes sense. We are still working on this," Woodford and Loney say. "We're really into experimenting with tape effects, like loops, backwards instruments, speed manipulation, different types of echo. Although songs are not composed in the studio, there are definitely new, unintended parts that develop when we enter the recording stage."

If you've already devoured the Freelove catalogue and need more, you can expect a new record very soon, hopefully with more of the same curious and poetic qualities of their previous output. "We're interested in the rhythm and sounds of words. Sometimes we nab bits of conversations, take things out of context, and let them take on a new life, maybe a miniature story," they say. "This backstory and the weird research that goes into it may not be totally evident in the final lyrics, but really helps with composition."