What, what, in the butt.

In the Halifax of the '90s, not long after The Coast brought Dan Savage and a generally queer-friendly outlook to public discussion, another newspaper columnist invented a homophobic insult. Harry Flemming of the Daily News used the term "anal-sexers" whenever he wanted to complain about something the gays had done. This prompted a local activist to make "I'm an anal-sexer" buttons, which one of Flemming's colleagues accidentally wore to a Catholic wedding. But now Flemming and the Daily are both dead, and strap-ons and "pegging"---Savage's term---are very much alive.

Venus Envy has put a variety of sex gizmos, including butt-friendly toys, on sale as part of its celebration of Pride Week (see Shoptalk, page 10). But Haywood says such toys are bought by all people of all orientations.

The truth is, "it can be very pleasurable for everyone concerned," says Angus Campbell of the Halifax Sexual Health Centre. It just has to be mutually desired and done properly.

The anus is not self-lubricating and is thus more susceptible to tears. Condoms are always a good idea. "Use lots of lube," says Campbell. "Lube. Lube. More lube."

Start with a simple external massage to the area. From there, Haywood suggests inserting a finger or a small toy. Many people don't like in and out movement. "They like the feeling of fullness," she says, explaining that an ass has a memory. "If it was hurt once, it'll clench up," says Haywood, "which makes any kind of penetration really painful."

Luckily, there are tricks to pacify the most timid of bums and begin enjoying this most democratic of sexual activities. After all, everyone has one.

Mount Saint Vincent University's pulpy look at the past

Asexual and aromantic folks claim their place at Pride 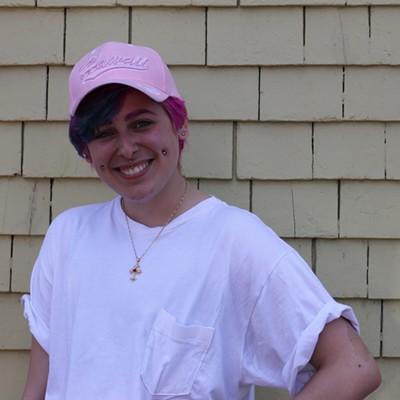