Watch this new video "Wishing Well" from The Everywheres 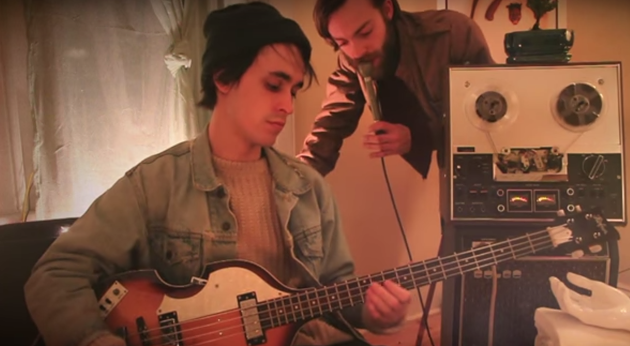 Sam Hill slinkin' around
Last month, Halifax psych-rock-weirdos The Everywheres released the full-length Dignity Fever, recorded around Halifax and the South Shore, to much praise and surprise. Production-wise, it's sharp as hell; thematically, the eight tracks roam around what it's like to live in Halifax.

Sometimes, spending time in Halifax means making music with your friends. Filmed and edited by video superstar Jeff Miller, "We did the video in my living room on Yukon Street one Saturday night this winter," says songwriter and vocalist Sam Hill. "It's a pretty jovial atmosphere for a sad song." I guess living in Halifax also means slinkin' around and freaking out the squares, man.