The Edmonton four-piece brings its terrific debut across the nation with fire and heart. 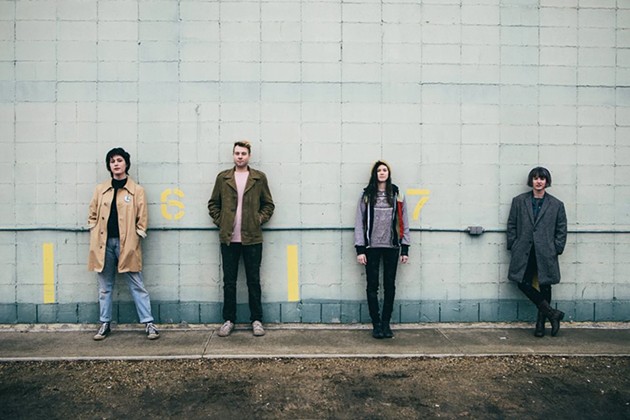 Wares' self-titled 2017 debut makes gargantuan sonic leaps throughout its 38 or so minutes. It opens with the lackadaisical, hazy "City Kids," shows the band raising its fists for sinewy, anthemic punk on "Mission Hill" and goes positively ballistic with the thrashy folk of "Jeremiah."

But the album's heart and cohesion lies in songwriter Cassia Hardy's exploration of what it means to leave a flawed place you love—and decide to return, over and over. "I think one of the most important parts of finding a home is establishing some distance from time to time," Hardy says over the phone from the City of Champions (AKA Edmonton). "So when you come back, you're doing it with a surety of mind—that this is where you choose to be."

A lot of bands, from a lot of places in this country—certainly Halifax—have been burdened by that choice (ahem Joel Plaskett's "Work Out Fine"). Industry centres like Montreal and Toronto become very alluring as you scan local listings in your city's wicked cool alt-weekly during a drought. But Hardy keeps heading back to Edmonton, watching young artists make their way up in the scene.

"Hopefully they don't leave for Toronto and Montreal," Hardy says. "I think it's a common Prairie story. There are a lot of people here who make scrappy, weird, interesting music, and then they get tired of always being on the fringes, of always battling it out."

It is a common Prairie story—remember The Weakerthans? But Wares keeps fighting that good fight at home and on the road. And there's only one thing that keeps them coming back. "You have to be dead sure, and you have to love it, or else it's not going to be good for you," Hardy says. "You can't do it for any other reason than passion."