Wait Outside with Your Necklaces On | Arts + Culture | Halifax, Nova Scotia | THE COAST

Wait Outside with Your Necklaces On 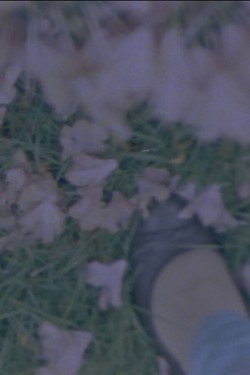 A decade ago, Martha Cooley was mugged in the city. A few years back she made a short super-8 film called Wait Outside with Your Necklaces On about that time. "I wanted to transpose that experience—it's taken me 10 years to think about it, and what the lasting impact has been in terms of my life and how it changed how I lived," she says on the line from a stint at the Banff Centre for the Arts. Her Nocturne project, of the same name, moves the film "into a new form:" Cooley will wear a projector and cast her film onto the back of her friend Jeremy Moses, circling the Public Gardens. "One is following the other, which mirrors the experience of being followed, but overwriting it with my own words and own creation," she says. "I wanted to have that experience be recast for myself."

Although Wait Outside is a more "lyrical and poetic" expression of Cooley's personal incident, it adds to a long conversation about the realities of living here: "The city has a lot of stories of violence," she says. "That's a juxtaposition of Halifax—it's really friendly and beautiful here, and yet there are all these known instances of violence."

The film is four minutes long; for the event Cooley has added an audio component that increases the run time to half an hour. "I intended that people wouldn't experience the whole thing, that's how it is at Nocturne," she says. "You don't stay in one place for a long time. So I anticipated that it would gather audience members as it moves, and then release them."