The Coast
Marker for Viola Desmond’s grave at the Camp Hill Cemetery.

Halifax’s Camp Hill Cemetery got almost perfect marks in its evaluation at a special meeting of the HRM heritage advisory committee. Among the thousands of marked and unmarked graves at the 177-year-old burial ground are the final resting place of both civil rights activist Viola Desmond and brewer-politician Alexander Keith.

In a virtual meeting last week, the committee heard staff presentations on two potentially heritage-worthy sites: the cemetery on the block between Jubilee and Spring Garden Roads and Robie and Summer Streets, proposed by the Halifax Military Heritage Preservation Society, and the Universalist Unitarian Church of Halifax at 5500 Inglis Street, proposed by the UU church itself. The committee evaluates the presented locations to decide if they should be considered at a heritage hearing. Both motions passed to move these properties forward.

Thirteen people more deserving of a statue in Halifax than Cornwallis: It's time his podium is topped with a less problematic effigy.

The cemetery, which was built in 1844, holds more than 5,000 marked internments, including past premiers like Robert Stanfield and William Young, and journalist-politician Joseph Howe. It’s estimated there are more than 10,000 additional people buried within the cemetery who are not recorded. 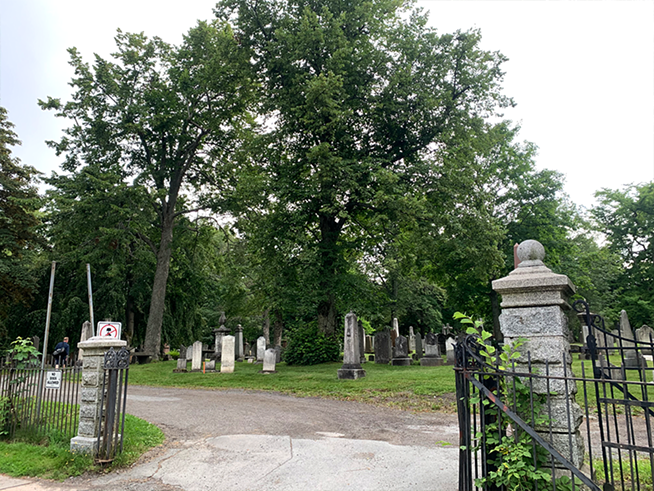 The Coast
“We have so many important and legendary people in that graveyard.”

Halifax heritage planner Elizabeth Cushing explained to the committee that marginalized community members were less likely to have their burials recorded at the site, and that the burial ground is the earliest known example of a rural-style cemetery in Canada.

The committee members gave the cemetery a perfect score in the historical importance category. “We have so many important and legendary people in that graveyard, I don’t see why we would give it anything but a 25” out of 25, councillor Iona Stoddard said during the meeting.

The cemetery lost a few marks for its intactness, given that portions of the Halifax Public Gardens were once disrupted to make room for additional graves and fencing has been replaced. The committee agreed on ranking it six out of a possible 10 in this category. With perfect scores in each other heritage evaluation category, the site earned a score of 66 out of a possible 70. 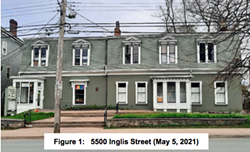 As for the Universalist Unitarian Church, the two-storey south end church was built originally in 1823 in a Georgian architectural style, which was then redone in 1890 in the Second Empire style. While the property earned moderately high scores with the city’s heritage advisory committee for its age, the building lost points in the category that considers the significance of the architect or builder.

The church is already a provincial heritage property, which happened in 1984. It was considered for municipal registration with Halifax back in 1977 then again in 1983, but under stricter scoring criteria. This is the first time the church has been considered for heritage status under the current guidelines.

After passing this stage of the process, each property will go on to have a heritage hearing. No dates have been set for these two cases.