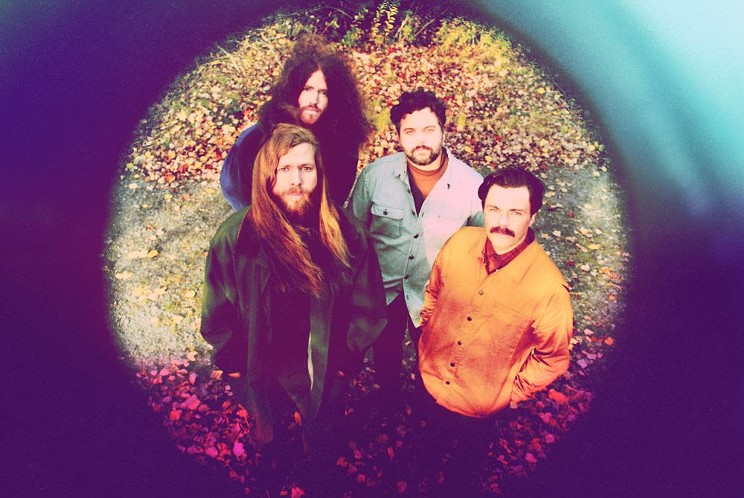 Mel Stone
The fellas in Villages

Folk-rock quartet Villages has long known how to grow magic out of the rich sonic topsoil of Cape Breton. Starting out as the indie rock act Mardeen before falling back in love with the roots music of its home island, the band blends influences like War on Drugs and Fleet Foxes with the salt sprayed-melodies of Cape Breton roots music.

After signing to Sonic Records in 2019 (and becoming label mates with the likes of Matt Mays), members Matt Ellis, Travis Ellis, Jon Pearo and Archie Rankin dropped an eponymous album. Now the lads are back, with a Halifax show Saturday, November 13 at The Marquee—and a shiny new video that'll power you through the longest nights of the year.

Recorded during a live session at Sonic Temple, it's an addictive listen, the auditory equivalent of a candle in a window. Listen and watch below.