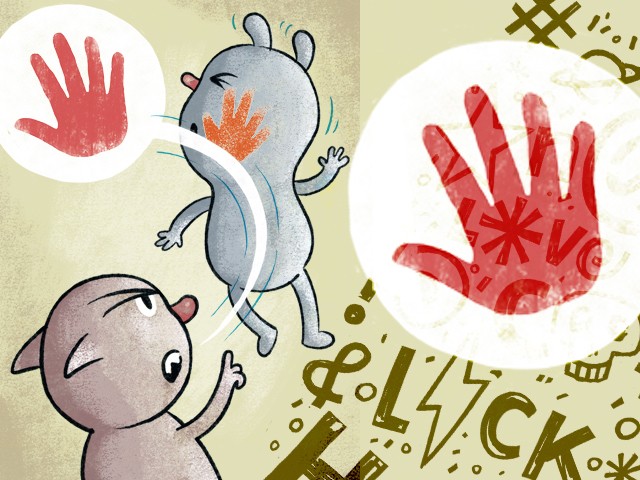 Urine-fetish abuser pisses off the experts

For the woman who hasn't peed in peace for 5 years, the advice is clear.

QI’m worried this may be above your pay grade. LOL. My boyfriend and I have been together for nearly five years. When we first got together, he shared a fetish with me, which has honestly gotten out of hand. I’m not close-minded and I genuinely love pleasing people, and my approach to sex has always been, “Whatever turns you on, turns me on!” But his fetish has crossed the line from kink to obsession. Not to mention the onus of his “fetish” falls entirely on me.

So, the big reveal: my boyfriend is a urophiliac. But not just your garden variety one. If he doesn’t get to watch me pee every single time, he gets angry. The first two years of our relationship were terrifying because if I peed while he was at work, he would throw a fit of epic proportions. So, I would hold it in. This caused UTIs and other problems. But he still insists that I must hold it in for as long as possible so I can give him “a strong stream” every time.

I also have to let him watch me poop, which is embarrassing as hell, because I pee when I poop. If I need to pee in the middle of the night, I have to wake him up—which makes him mad—so instead of waking him up I hold it in all night. It has gotten to the point where his obsession has become mine. But it’s not sexy for me.

After I had our child, I literally wasn’t allowed to have 30 seconds alone in the bathroom after shoving a human out of my vagina in full view of 10 adults I did not know. Even then—in the hospital—he had to watch me pee. I can’t use the bathroom in public unless I videotape it for him. I’m in hell. I haven’t had a private piss nobody has watched or made me feel guilty about for FIVE YEARS.

I feel like my humanity is being leached away. I’ve said all these things to him, and He. Does. Not. Care. This has taken over my entire life. Sorry if it’s weird. I’ve read your columns for years and you’re the only person I can ask about this. LOL. I don’t want to break up my family over this. Help me!
—Unrelenting Requirements Inducing Nervous Exhaustion

AYou don’t wanna break up your family over this, URINE, but I sure do. To be perfectly frank, I’d like to break up your boyfriend’s skull over this—figuratively speaking. I’m not advocating violence. It’s just that… after reading your letter… I wanna figuratively slap your boyfriend upside the head so hard his figurative skull breaks into a thousand figurative pieces. And while I don’t think your question is above my pay grade—what you need to do seems obvious to me and will, no doubt, be obvious to everyone who reads your letter—I nevertheless called in a couple of experts.

Ian Fields is a urogynecologist who specializes in pelvic floor disorders and bladder conditions. I shared your letter with him to get his expert opinion on the risks you’re taking with your physical health, URINE, but before Doctor Fields would address the health risks you’ve being bullied into running, he wanted to address the elephant in the bathroom and the bedroom and the delivery room. “Let’s call this behaviour what it is: abuse,” Fields says. “This woman needs to get out of this controlling and abusive relationship.” I am in complete agreement with Fields, URINE: you’re not indulging a kinky boyfriend, you’re being terrorized (your own words) by an abusive boyfriend. Leave him.

“In terms of health risks, there are many,” Fields continues. “Keeping large amounts of urine in your bladder is a set-up for recurrent urinary tract infections. These infections can track upwards to the kidneys in some cases and cause an infection in the kidney called pyelonephritis. Recurrent bouts of pyelonephritis can lead to permanent kidney damage. And you don’t want to lose your kidneys—once they lose function, it doesn’t return.”

“Keeping large amounts of urine in the bladder can lead to a bladder stretch injury and may lead to long-standing urinary retention—or the inability to empty the bladder—which may or may not recover over time,” says Fields. “The bladder is a pretty hearty muscle and can recover from many insults, but repeated damaged like this could do irreparable harm. In addition, these insults could lead to overactive bladder and with time, to urgency urinary incontinence, that is, leakage that you cannot control when you get the urge to go to the bathroom.”

So, URINE, the health risks you’re running to avoid your boyfriend’s anger cannot be described as insignificant. Now let’s talk about the emotional and psychological damage your boyfriend has already inflicted on you.

“If this woman came to me for individual therapy, I would be compelled to point out to her that her boyfriend is physically and emotionally abusing her,” says therapist Marissa Myers, LCP. “Getting ‘uncomfortably angry’ and ‘throwing a fit of epic proportions’ are examples of manipulative behaviours that abusers use to make sure their victims know who’s in charge. The disregard this man has for her physical health and safety raises the bar to physical abuse in my opinion.”

Myers frequently works with individuals and couples to help them resolve conflicts around sex and intimacy, URINE, but she would not work with you—alone or as a couple—with the goal of saving this relationship.

“Working with this reader on how to compromise or communicate better regarding this issue would amount to facilitating the continuation of an abusive relationship,” says Myers. “My advice to her is to begin gathering resources, telling safe people and planning a safe exit. Once she’s safely out of the relationship, therapy can help her avoid getting into another abusive relationship.”

Which is not to say this is your fault, URINE. Your boyfriend manipulated you with his anger and leveraged your own desire to be a good partner against you. And while it’s fine to fantasize about watching your partner pee every time she pees, it’s unrealistic and unfair and unworkable to demand that your partner allow you to watch them every single time they take a piss.

There’s nothing LOL about any of this, URINE, and I know this isn’t what you wanted to hear. Yours is one of those letters that makes me wish I had a time machine so I could take you back to the start of this relationship—five years and one kid ago, back when your boyfriend first began terrorizing you—and implore you to leave him before things escalated to this point. And while I’m sure you love your kid and don’t regret having that baby, URINE, you can’t let your desire to keep your child’s home intact prevent you from escaping the hell your boyfriend has made of your life. Take Myers’ advice: Make a plan, lean on supportive friends, take your kid and get away from this man before your kidneys explode.

We can't really do much by way of threesomes right now for various reasons, so I’m considering finding a guy (if this pandemic ever ends) to indulge me. My wife is a former sex worker and it bothers her that I do this for men—jerk them off, blow them—without any form of reciprocity. She said it's a service that I shouldn't be giving away for nothing. I see her point, but I’m not interested in money. An exchange of services sounds interesting though! Like, I will jerk you off if you clean my bathroom or mow my lawn.

I have two questions. First, what do you think about my wife's view on the subject? Second, what's the best way to find/approach someone who would be into an arrangement like this?
— The System Called Reciprocity

As to finding someone who might be interested in being blown or jacked off by a lesbian in exchange for some light housework/yardwork, TSCR, there’s this thing called the Internet. Maybe you heard Katie Couric talking about it on the Today show in 1994? Well, I think the Internet is going to catch on and there are these things on the Internet called “hookup apps” where you can post explicit personal ads. But be careful: If you post a personal ad that reads, "Married lesbian seeks houseboy, will milk for chores,” your phone will “blow up.” I think that’s meant figuratively, TSCR, but the Internet is so new I can’t promise your phone won’t literally blow up.

Have a question about sex, sexuality or relationships? Email it to Dan Savage, it could get answered in this space soon.And don't forget to check out Dan's new website at Savage.Love.