Halifax comedian lines his pocket with $25,000 of funny money. 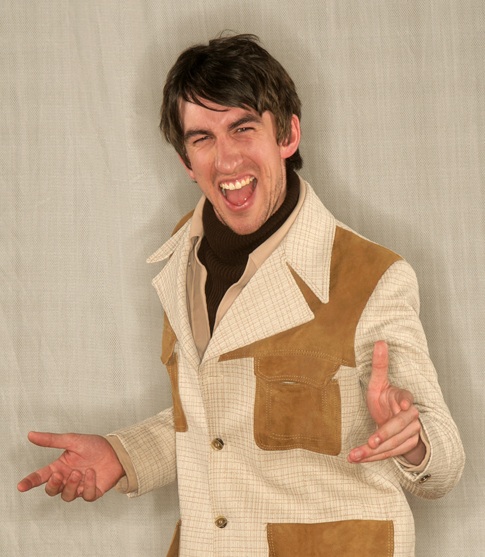 On Sunday night, Mark Little of Picnicface won Yuk Yuk’s Great Canadian Laugh Off and a sweet $25,000 prize.
“I’m feeling great,” he writes by email. “I’ve been smiling a lot lately. But I also feel a bit like I just cheated the system and people are going to catch on soon. I keep waiting for people to say, ‘Wait a minute, he tricked us all!’”
Little, who beat out Toronto comedian Mark Forward, was judged by a panel of heavyhitters, including a talent coordinator for The Tonight Show with Conan O’Brien, who gave Little her mailing address. “She said to mail her my tape, so as soon as I get the footage of my final set from the Comedy Network, it’s going straight to her. I can only assume she’s holding her breath waiting for it, so I need to act fast. Her life, my hands. (Which is to say, I KNOW! CONAN O’BRIEN! Jesus...)”
Maybe Little will buy a round when he performs at Yuk Yuk’s (1181 Hollis, 429-9857), May 14-16, or maybe he’ll show up, arms dripping with gold, but for now he’s planning on keeping the money in the bank and using to “justify my ‘freelance’ existence.” He’s also contemplating doing some stand-up in London, England. “Apparently there are a lot of talent bookers that attend shows at those London clubs, so doing a bunch of shows is a good way to get booked for another bunch of shows, and so on. My friend Pardis Parker did a set at the Comedy Store in London and ended up getting booked to do shows in Dubai. Dubai!”
Little hopes that the win will also help Picnicface raise funds for their boogie-and-blow film Roller Town. “That would be the best possible outcome. That and Conan. And Dubai!”