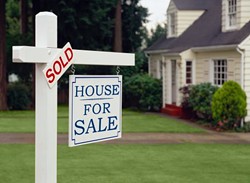 Nova Scotia is the last province in Canada, and the only jurisdiction in North America, to not make property sales information publicly available. As a result, there is untold fraud related to mortgages, inefficiencies in the appraisal industry and a lack of information for taxpayers to successfully challenge their assessments.

That’s the case laid out in a letter from Halifax appraiser Mike Turner to premier Darrell Dexter, in which Turner urges Dexter to make sales information public. The letter echos concerns raised by The Coast in three years ago (see “Public secrets,” April 2, 2009), in which we argued that because sales information is kept from people wanting to buy, there is an uninformed market and house prices are likely artificially inflated in Nova Scotia.

Turner points to a massive fraud case unfolding in Yarmouth.The RCMP has charged 11 people with 147 counts of fraud and forgery related to a $6 million mortgage fraud scheme. Those charged are alleged to have forged MLS listing sheets and sales agreement between themselves, then use the bogus sale information to get inflated mortgages for the same property. The scheme would not have been possible if sales information was readily available to the public.

“There is another issue here: one of accountability.” Turner tells The Coast. “I get tired of reading that HRM has bought or sold such and such property but they cannot release the price because of confidentiality reasons. A case in point is this mess they have got themselves into over the school here in the north end.”’

Turner also suggests that because sales info is not public, the province likely paid too much for woodlot land it bought to bail out forest product companies, and that property assessment are “rubbish.”

After this article was published this morning, several readers sent links to the website viewpoint.ca, which is indeed a very useful tool that only became available last year. But as Turner explains:

Viewpoint.ca only shows MLS sales from the Nova Scotia Association of Realtors' system (I don't think that the Annapolis Real Estate Board makes their information available to Viewpoint), So while Viewpoint.ca provides a great public service it does not show any sales unless they are sold through NSAR's MLS.....and the continued availability of sales via Viewpoint is dependant on the co-operation of NSAR. There is no public data source for sales as there is in the other provinces.

Some readers insisted that government sales information---that is, the sale price when the government buys or sells a piece of property---is public, but those readers obviously don't work as a reporter. It's my experience that actually getting at sales information is nearly impossible, and even successful pursuit of that information entails filing specific public records requests, waiting many months for response and otherwise battling a bureaucracy that doesn't want to give up the information. This process is of no use to someone trying to get a state of the market generally in a timely manner.

HRM does publish information on some of their sales in their industrial parks, on their web site, but I am not aware that their other sales/purchase data is published....every time I read about a sale/purchase in the media the price is suppressed. Nor is the appraisal, upon which the sale/purchase decision is based, made public (nor can it be at present since it contains information on "confidential" sales).

The provincial Department of Natural Resources now publish sales information in the media on their acquisitions of woodland and are to be commended for doing so. However the appraisal on which those purchases are made is not published. So far as I am aware there is no web based source, listing sales/purchases by the province.

The Federal Government does not publish sale/purchase information on transactions in which they are involved.

The public should be very concerned that their governments are regularly spending millions of dollars on property transactions that are affectively kept secret from the taxpayers. The lack of transparency can at the very least lead bad decision-making, and at worst corruption.

Private sale information---those sales where neither buyer or seller uses a realtor who uses the Multiple Listing Service---is also completely off the radar screen, which leaves prospective home buyers in an impossible situation. As I wrote back in 2009:

Capitalism, the argument goes, is the perfect economic system because informed markets lead to the most efficient allocation of resources. But here we have a system where only one side of a transaction---the seller, and only some of those---knows how the product is valued. Buyers are uninformed, so the market is likely skewed against them.

It'd be as if every time you went to the grocery store, you had to separately negotiate the price of eggs and you were not allowed to know what eggs sold for at the grocery store down the road. It's the antithesis of an informed free market.

Turner zeroes in on another problem with secret sales info: It makes it nearly impossible for a homeowner to challenge an assessment. He writes:

Virtually every transaction (public or private) is shown as being sold for $1 in the deed, so Property on Line, the provincial registry of deeds service, is not available as a source of sales data. The municipalities that collect deed transfer tax insist on knowing the sale price because they base their tax on it. They then pass this information along to the Property Valuation Services Corporation, the body responsible for assessing property in the province. The PVSC is an "independent" organisation whose Board includes municipal and provincial representatives. However the sales information is collected by the municipalities for deed transfer tax purposes, not so an "independent" organisation can calculate your property assessment. PVSC's property assessment is purportedly based on the value of the property, two years prior to the assessment year. The taxpayer, you, I and your readers, do not have access to this sales information and PVSC will refuse to provide it....so you have to fight your property assessment in Appeal Court without the benefit of the very data on which PVSC based that same property assessment.....and the burden of proof is on the taxpayer! You have to prove that PVSC has incorrectly assessed your property...yet you are denied the sales information on which they based their assessment. This is absurd. In New Brunswick the provincial Ombudsman was so incensed he ordered Service New Brunswick, PVSC' s equivalent, to publish the information...all of it. They now do so.
[emphasis in original]

It's true that Turner and I have some degree of self-interest in wanting to have public access to real estate sales information, but I'm curious what objections readers might have to releasing the information---present your case for continued secrecy in the comments, if you like.

Whilst some provincial purchases may be published in the media, and HRM publish some of their own sales in their industrial parks on their web site.....and yes, thanks to Viewpoint and NSAR, the NSAR MLS sales data is available, all other sales information is kept secret....except to the PVSC. This is manifestly unfair to every property owner who wishes to challenge their property assessment but (1) it also means that public bodies can hide behind the institutional veil....this renders civil servants and politicians less accountable with respect to the disbursement of public funds, (2) it renders appraisers less accountable and ensures that their appraisals are less accurate...sometimes little better than a guess, (3) it breeds fertile conditions for mortgage and other fraud.