The unspoiled nature that makes this province special must never be handed over to private interests. 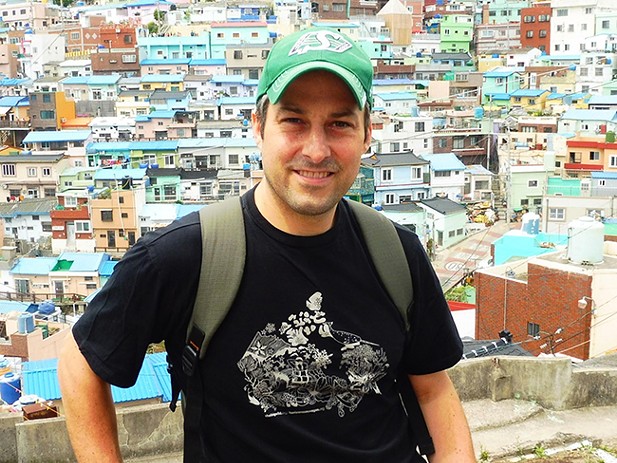 SUBMITTED
Chris Miller is a conservation biologist with the Canadian Parks and Wilderness Society.
I’m a Haligonian. And like most Haligonians, I’ve had to work pretty darn hard to find a way to stay here.

For me, that meant going away for several years to learn new skills and then come home. When employment in my field wasn’t available when I returned, it meant creating my own opportunities.

For others, it may mean leaving to find work while the rest of your family stays behind, or choosing to stay but committing to a 5,000-kilometre commute every few weeks. Or working two, or even three jobs, to cobble together enough until something more stable comes along. Long hours of studying. Long hours of working. That’s the norm.

We all have our stories. But I guess my question is this. Why do we do it? Why do we stick it out here despite the challenges? It’s tough everywhere, but there are certainly more opportunities in places like Toronto, or New York or London.

We all have our own reasons, but I think at least part of the answer lies with Nova Scotia itself. Let’s face it: This is a pretty spectacular part of the planet that we all share. It’s the sort of place that gets into your veins and makes you want to stay, despite the challenges.

Who isn’t moved by the splendour of the Cape Breton Highlands, or the ruggedness of the Eastern Shore, or the crazy tides of the Bay of Fundy or the vast lakes of the forested interior?

The landscape itself pulls us in and holds us. It infiltrates our lives; our culture; our way of life. Even when we despise those icy cold winds or dreary fog coming off the ocean, we still long for the sea. What we have here is special, and we all know it.

So, when the Mining Association of Nova Scotia comes along and starts lobbying for access to our protected wilderness areas, we should all be very alarmed. They are pitching a proposal to the provincial government that would use a land swap mechanism to access the very areas that the public has already decided should be prioritized for conservation and for the enjoyment of the people.

The mining interests are not just asking for access to one or two sites. They are asking for a broad change to the legislation that could essentially open up all protected wilderness areas in Nova Scotia to their industry.

If successful, it would give the mining industry access to the protected wilderness area on Kluskap Mountain in Cape Breton—land that’s sacred to the Mi’kmaq.

It could also mean that places with some of the rarest species in Canada are suddenly made vulnerable to mining and the industrial footprint that goes along with it.

Hopefully, the provincial government will not succumb to those lobbying efforts. So far, it looks like there is very little key decision-makers in government. That’s a good thing.

But the threat is real and what’s needed right now is for the provincial government to make it absolutely clear that the most treasured natural areas of Nova Scotia will always be protected and never handed over to private interests.