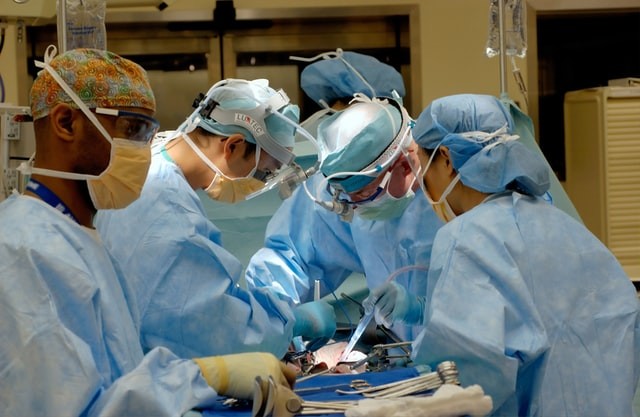 National Cancer Institute
Physician assistants can discuss and manage treatment plans, prescribe medications, perform procedures and act as “first assist” in surgery. They are not widely licensed to work in Nova Scotia.

PAs aren’t regulated to work in the province, forcing many of them to travel for work and cutting off a way to quickly improve access to health care here.

Peter Thibeault, who’s been a physician assistant for more than 30 years, travels for weeks at a time to provide medical care at the remote Kirkland Lake Gold Mine, south of James Bay in northern Ontario. Thibeault lives in West St. Andrew’s, just outside of Stewiacke, and he would rather be working locally to provide care as a physician assistant, or PA, for those close to home.

“If you’re in rural Nova Scotia like me, or if you’re way out there in a spot without a doctor—maybe you could see a PA and you wouldn’t have to travel so far to get to a doctor to check you out,” Thibeault says in an interview, reached at home on the first day of his week back in Nova Scotia.

Contribued
Peter Thibeault is the Nova Scotia director of the Canadian Association of Physician Assistants.

“The value of a PA is unbelievable,” says Thibeault, who worked for 32 years as a PA in the Canadian Armed Forces. But physician assistants are not regulated in Nova Scotia, meaning after he retired from the military, he had to take a job far from home to remain in his field. Thibeault, who represents Nova Scotia in the Canadian Association of Physician Assistants, sees regulating PAs as a way of quickly improving the province’s access to health care—which is facing chronic doctor vacancies, nurse shortages and rolling emergency room closures. The list of residents seeking a family doctor has now surpassed 75,000, a new record high.

The province started a three-year, three-person PA pilot program in 2020, which marked the first physician assistant hires in Nova Scotia outside the military. Three physician assistants are currently working at the orthopaedic department at the QEII. Thibeault would like to see programs like this extended urgently, so PAs can help improve wait times and access to care.

“We have the pilot at the QEII, but we can do a lot more,” he says. Physician assistants can discuss and manage treatment plans, prescribe medications, perform procedures and act as “first assist” in surgery. “We can make the working life of physicians much more manageable.”

As NS director for the association of physician assistants, Thibeault regularly hears from local PAs who want to work in Nova Scotia after retiring from military service, but can’t find work here.

“There are PAs who want to do this, they want to help our province,” he says. The association knows of about 30 PAs currently living in Nova Scotia who would like to stay in Nova Scotia upon retirement. Thibeault is one of about 10 Nova Scotian PAs doing rotational work out of the province. There are about 800 PAs across Canada, mostly in Manitoba, Alberta, Ontario and New Brunswick.

In June, prior to Nova Scotia’s change in government, the provincial health department said the three-PA program has been “extremely positive,” but former Liberal health minister Zach Churchill said the government would wait until the pilot ends in 2023 before making any decisions about regulating PAs or adding any more to the workforce.

Health minister Michelle Thompson was unavailable for an interview Wednesday while on the cross-province health care tour. Department of health spokesperson Marla MacInnis said in an email the pilot is still in its early stages and the government is “interested in learning how this position is working to support our healthcare system. The outcomes from the experience will help determine next steps.”

"(Regulating physician assistants) is on the table and it’s something that has come up,” Houston said to reporters Thursday afternoon outside of the QEII Hospital.


The premier added he’s looking at a number of areas where medical scope of practice can be extended to allow health care professionals to do more.


“Looking at nurse practitioners, pharmacists, paramedics, LPNs, there’s a lot of room across these professions to expand the scope and there’s also room to bring other ones in. Physician assistants are one we’re very interested in,” he said.


The NDP issued a statement Wednesday calling for the PC government to immediately bring PAs into the province’s health care workforce.

“The health care crisis continues to impact health care workers and patients in our province. The new Conservative government must not delay action, as the former Liberal government did,” says NDP leader Gary Burrill in the statement.

“Last week patients had their surgeries rescheduled, people are dealing with long waits for emergency care and over 75,000 people are now waiting for a family doctor,” Burrill says. “Anything that could help remedy this quickly should be considered.”

The NDP projects that adding seven full-time PAs to the health system immediately would cost $700,000 annually, and calls for the PCs to do just that.

Note: This story was updated Sept. 23 to include comments from Tim Houston.

This story was updated Sept. 22 to correct that Thibeault would like to see physician assistants regulated to work in NS, not licensed.