We need to talk openly and persistently of the need for abortion care as a basic health service. 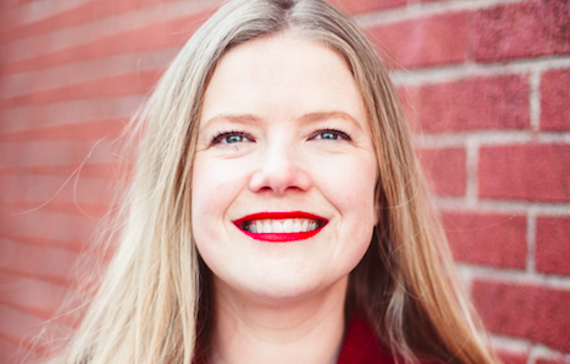 SUBMITTED
Martha Paynter is a registered nurse and a PhD student at the Dalhousie University school of nursing. You find her on Twitter at @marthpaynter.

An Atlantic Canadian province is once again in the news for failure to provide timely access to abortion for pregnant people. Despite the significant changes to abortion policy in Nova Scotia in the past year—the launch of a toll-free hotline for connection to Mifegymiso (medical abortion) prescribers across the province, the creation of a billing code to compensate physicians for Mifegymiso prescribing, the extension of Mifegymiso prescribing authority to nurse practitioners, the removal of the requirement for a referral to seek abortion care, and the success of a fundraising campaign to purchase a $10,000 ultrasound machine to improve efficiency at the now-named Women’s Choices Clinic (formerly the QE2 Termination of Pregnancy Unit)—last week the Globe and Mail’s Jessica Leeder disclosed her own private and failed odyssey to procure abortion services here. She flew, at her own expense, to Toronto. Leeder calls and questions people for a living. Her essay was a frank and searing indictment of how bad things must be for people who are not so open, experienced, and persistent.

Leeder’s essay was quickly followed by the Globe and Mail’s health reporter, Carly Weeks, tracking the curious case of the “ultrasound” policy. Somewhere, somehow, someone is saying the non-radiologists (i.e. general practitioners and ) who perform surgical abortions and prescribe Mifegymiso at the Women’s Choices Clinic are not allowed to perform dating ultrasounds. This sounds familiar, as there are many unwritten, folkloric “rules” when it comes to abortion in this region. Like the idea until a year ago that referrals were required. It turns out this was simply a “historic practice” and not law at all.

Back in 2014, when I first became involved in the cooperative organizing to take on the government of Prince Edward Island’s “ban on abortion,” the first, elusive task was to find this so-called ban written down somewhere. Abortion Access Now (AANPEI) was successful after 30 years of trying because they had brilliant, persistent legal counsel (Nijhawan McMillan, for the Women’s Legal Education and Action Fund LEAF) turning back every red-sandstone. The lawsuit did not move forward because PEI recognized it was in the wrong and promptly started abortion services.

I was one of many donors to the QE2's capital campaign last spring for an ultrasonography machine for the Women's Choices Clinic. What was the point of our $10,000 in donations if the machine cannot be used for its intended purpose? What is this "rule" that says the clinic physicians cannot use the machine to date pregnancy?

Some say it’s that ultrasounds cannot be conducted outside of  but the Women’s Choices Clinic is in a hospital: the Dixon building. Some say it’s because there is no billing code for non-radiologists to do the scans, so in effect, the clinic physicians are unremunerated if they do the work. In that case, create a billing code. It is largely women physicians who support women’s reproductive health, and as the Ontario Midwives pay-equity win demonstrates, it is time to pay women health care providers equitably for work in women’s health.

There are some who say the ultrasound requirement for Mifegymiso is unnecessary—other clinical techniques can be used to date a pregnancy. While this may be true, with a new drug and a new process, health care providers are interested in proceeding with caution, and ultrasound provides that security. It must also be acknowledged that this drug is not at all new, it has been used safely and widely for over three decades, it is simply new to Nova Scotia.

Waiting weeks for ultrasound is not an option. The clinical effectiveness of Mifegymiso indisputably depends on early administration, under nine weeks gestational age. Pregnancy is not a benign experience: nausea, exhaustion, and psychological distress are common in the first trimester. Delaying ultrasound, and thus results in missed work or school and extended physical and emotional suffering. It can result in Mifegymiso not being an option anymore, and a surgical procedure required.

About 2,000 people have abortions at the Women’s Choices Clinic every year. For comparison, about 5,000 give birth at the IWK. This is not a small matter.

In addition to resolving the mysterious rule against the clinic’s ultrasound machine, the Nova Scotia Health Authority must also ensure ultrasonography spots in Diagnostic Imaging departments outside of Halifax are reserved specifically for abortion dating, and Diagnostic Imaging department staff across the province are educated about how to conduct these appointments with sensitivity.

As members of the public, we can ask our physicians and nurse practitioners, “Are you prescribing Mifegymiso yet?” We can ask our MLAs, “What are you doing to ensure the of Health and the Health Authority cooperate to expedite abortion access?” We can talk openly and persistently of the need for abortion care as a basic health service.