Trumpism can take root in Canada, but not if we fight back

Don't think you're safe just because you're not in America. 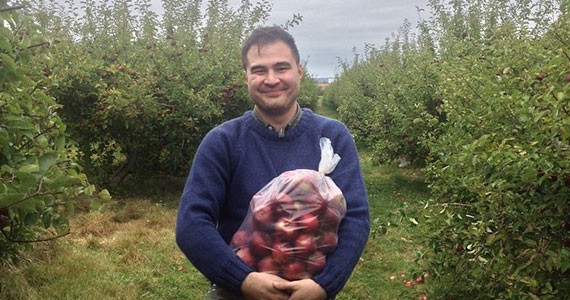 CANDACE SIMMS
Chris Parsons (@cultureofdefeat) is a political organizer and occasional writer who works for the Nova Scotia Health Coalition (but his opinions are his own).

A horrifying American election season was capped off this past weekend. It was two surreal days that seemed completely unfathomable 12 months ago. In 2016, America’s liberal and conservative establishment were blindsided not just by Trump’s success or the aggressive bigotry of his most loyal supporters, but also by the indifference of traditional Republican voters who overlooked Trump’s bigotry and bluster and held the line to vote for their party’s nominee. Even more surprising were the millions of Americans in the Democratic Party’s traditional supporter base who chose to stay home rather than vote for a candidate who was closely tied to the decades long failure of liberalism to deliver any relief to America’s multi-racial working class as deindustrialization, globalization and neoliberalism ravaged America’s towns and cities.

Like the United States, Canada has had a multi-party embrace of job-destroying free-trade deals, corporate tax cuts and the slow, methodical dismantling of the welfare state. If Canada wants to avoid a similar rise in reactionary populism, the broad Canadian left needs to build a response that can prevent a Canadian Trumpism from ever taking root.

The hopelessness and desperation that leads people to throw their lot in with strongmen and fascists are too often the result of a failure by liberals and social democrats to take seriously the damage that their rightward drift on economics has caused to working people. For decades, Canada’s left-of-centre parties have fucked up royally and if they want to avoid the fate of the Democrats it’s time for a reckoning.

Central to reversing this drift would be a commitment to not just rebuild the post-war welfare state but to create truly universal social programs that go beyond what the state has provided in the past. Universal programs that bind people’s fates together across geographic, racial and social divisions are central to building a cohesive political coalition with a shared class interest that is capable of winning and defending further victories. Anything less than struggling collectively for truly universal healthcare and education, full employment with fair wages, and guaranteed access to housing and food is an inadequate response to this moment.

To win these reforms we need to continue to build strong, democratic social movements committed not just to economic justice but to anti-racist and anti-colonial struggle. They need to be broad, welcoming, mass movements committed to winning local battles. They must remain independent and not become think tanks or mailing lists used by the major political parties come election time.

This isn’t a demand that we try to build alliances with anime nazis, MAGA-hat wearing incels, MRAs, survivalist militiamen or various other hateful ghouls who make up the worst elements of the far right. Far from it. It’s a call to fight against the social conditions which produce the despair and alienation that fuel demagoguery. It’s a request to take seriously the very real economic suffering that liberal indifference has been complicit in and to make sure we have movements that can defeat racists, homophobes and misogynists by whatever means necessary.

Above all else we need to offer hope and the possibility of a better future. Trump and his cheap Canadian impersonators offer an empty vision of an imagined past. If the only alternative on offer is more cuts to vital social programs, more trade deals that reduce wages and cost jobs in Canada while fueling exploitation abroad and more tax breaks for the already obscenely wealthy then we can’t act surprised when people turn to the only leaders willing to even pretend to give a shit about them.

An alternative to this new breed of reactionary populism needs to be built on this hopeful vision: A better world is possible, but only if we build it together. We need to start building today.