Transformation: The Life and Legacy of Werner Erhard 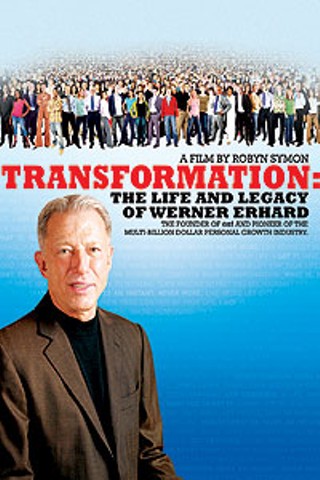 Almost forgotten culture icon and founder of the controversial est seminar pulls back the curtain on his life, his ideas and why he left the country. Werner Erhard, pioneer of the multi-billion-dollar personal growth industry, breaks a long silence about his ideas, his life and the controversial program est that made him a cultural icon of the 1970s and '80s. With exclusive and rare footage, you'll step inside est seminars, and hear provocative interviews with peers, naysayers, family members, participants and experts. Erhard's course and ideas, thought of by some as strictly a phenomenon of the '70s and '80s, have permeated the very fabric of society today. The documentary doesn't shy away from the hard questions about his controversial program, his past, his enemies, nor the "60 Minutes" expose that prompted him to leave the United States in 1991. Was he a man on a mission to make a difference, or just a man out to make millions? The film debates whether it's possible to separate the message from the messenger and takes a glaring look at how the media targets public figures.

Transformation: The Life and Legacy of Werner Erhard is not showing in any theaters in the area.