Best of the stage in 2016, as chosen by theatre reviewer Michael Lake.

The Weekend Healer By Bryden MacDonald KAZAN CO-OP A devastating family drama from Nova Scotian playwright Bryden MacDonald boasted potent performances from Stephanie MacDonald and Kathryn MacLellan as mother and daughter with a dark past, and even darker future.

RACHEL CHISHOLM
How Small, How Far Away

How Small, How Far Away By Mike Geither and Zuppa Theatre Co. Zuppa Theatre Quiet, small and beautiful performances from the Zuppa trailblazers. By the end I was openly weeping.

The Epistle of Tightrope Time By Walter Borden San Family Productions Walter Borden is mad genius, a local treasure and watching him perform his myriad characters is a wonder. 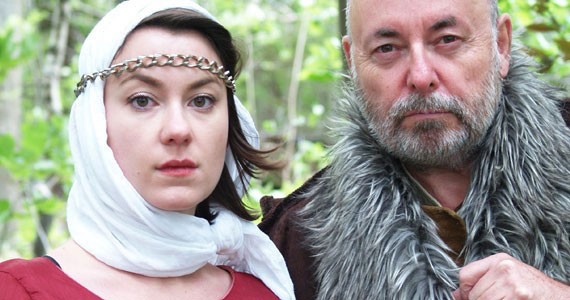 Michael Lake is a writer who lives in a blanket fort in front a fireplace in the coldest house in Musquodoboit Harbour.