Kate Watson picks her faves for the year 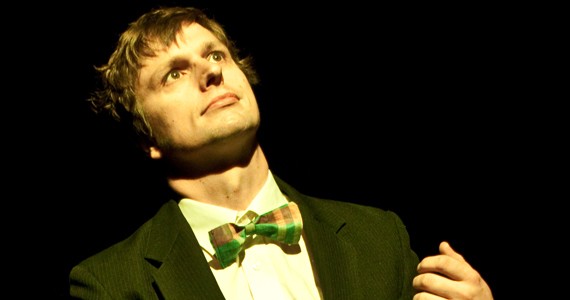 Choosing my favourite plays every year is both a challenging and pleasurable task. Challenging because Nova Scotia’s theatre community produces so many outstanding shows that it’s impossible to give all their due. Pleasurable because it’s an opportunity to take a walk down memory lane and recognize at least some of the fabulous plays I’ve seen in the past twelve months. Here are my top 12(ish).

11. Titus Andronicus (Shakespeare by the Sea): Strong performances and sensitive handling of the violence and gore made this seldom-produced Shakespearean tragedy stand out in a summer of great theatre. 10. Hawk (Onelight Theatre): This play explored the pain of a young man torn between two cultures. It packed a powerful message and was a true visual stand-out.

9. Twelve Angry Men and Arsenic and Old Lace (Lions Den Theatre): So exciting to see old theatre favourites such as these brought to the stage by this young, talent-filled company.

8. The Drowsy Chaperone (TAG) and Inherit the Wind (Dartmouth Players): The first is a charming Canadian classic that delivered a lot of laughs. The second is a thought-provoking courtroom drama. Two very different plays, but both reflective of the high quality of work delivered by our community theatre groups.

6. Pageant (DMV Theatre Collective): Another edgy choice by DMV. A dark, quirky play about society’s obsession with appearance. It definitely got under my skin—in a good way.

5. Bone Boy (Frankie Productions): A black comedy set in an off-kilter world. The production is memorable for the strength of the performances and the poetry of its script.

4. Bare (Left of Centre): Fabulous energy and talent in this emotion-stirring musical that tackled everything from bullying to homophobia.

3. Whale Riding Weather (Produced for the Sex Festival): Raw and intimate, this story of three men in a devastating love triangle was hauntingly good.

2. The Monument (LunaSea) and The Men Who Killed Me (Alayna Kolodziechuk): Both plays are about horrific war crimes. Both left me weeping and shaken. Both have stuck with me. That is the power of great theatre.

1. Kill Shakespeare (Lions Den/ Vile Passéist): This was a unique theatre experience: A combination of projections from a graphic novel and radio-play-style dialogue. The engaging format coupled with an intriguing storyline made Kill Shakespeare a high point for me.