Too many anniversaries for Jason MacCullough 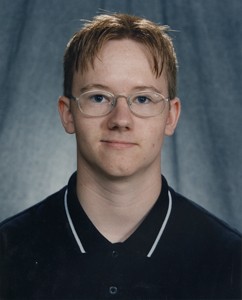 FILE PHOTO
MacCullough was killed in a random act of violence, with no apparent motive.

"Of all the cases I was involved in, Jason's would be one of the ones that I would say is the most solvable," says Tom Martin.

Fifteen years have crawled by since the random murder of a Dartmouth teenager shocked the city. Investigators are as close now to an arrest as they always have been— not close enough.

Before his retirement, Martin was one of the most experienced investigators Halifax Regional Police had, with over 500 major cases. He had Jason's murder from night one, until his retirement. Under his lead, police and RCMP interviewed "at least" 250 people, but came up short.

"Jason was just a kid walking home," says Martin. "Some people saw him as a victim, and approached him in that manner."

Months pass, and no charges are filed. Police take the bold step of releasing five highly detailed composite drawings of men believed linked to the killing; "persons of interest" seen in the area at the time.

In 2000, to some objection from police, The Daily News publishes the names of four suspects. They are Lloyd Douglas Orman, Stephen Meekins, Christian Marsman and Tyrone Downey. All lived in or around the area where the murder occurred. So did Jason.

He is 19 years old for all of a month on August 28, 1999. Leaving a friend's house on Joseph Young Street, Jason walks home to his parent's nearby house on Russell. It's a humid Saturday night. He takes a walking path up and over to Pinecrest Drive. He's shot in the back of the head, at near point-blank range, and dies six blocks from home.

Hours earlier, three of the men The Daily News later identified broke into a home on Pinecrest, a few hundred metres from the future murder scene. Downey, Marsman and Orman demanded money owed by a mutual acquaintance. Downey pointed a handgun. They left with several hundred in cash. The three would later be arrested and plead guilty to those charges.

Halifax Regional Police
These are the faces of the men police have suspected of killing MacCullough.

Police have been investigating Jason's murder for six years when the department shutters the cold case task force Martin was overseeing. He tells management they're making a mistake. It's 2005 when Martin has his first heart attack; an illness which causes him to retire three years later.

The police, jointly with the RCMP, continue to work on Jason's murder. Back in the spring, they call Martin in to speak with him about the case. He says it's one of only two time he's been asked. Several months later, and five years after publicly sparring with the department's management, he again reiterates his concerns [see "Q&A," page six] with how cold cases are run, citing a lack of funding and commitment.

It was raining last year when 150 people quietly walked the streets of north-end Dartmouth during the 14th annual Walk Against Violence. The march in honour of Jason begins at the Boys and Girls Club where he volunteered, and ends at the Memorial Park which now bears his name.

"It's just going to take the right person to step forward," says Allan MacCullough, Jason's father. "There's people who've witnessed it and are living with it. Do the right thing."

As of two weeks ago, Kimberly McAndrew has been missing for 25 years. A few days after that, and it's two years since the murder of Kaylin Diggs. Next week is Jason's anniversary.

"Any case can be solved with the right information," says Bourdages. "In many cases, it's a matter of someone letting us know what they know."

The provincial rewards program for major unsolved crimes has 76 names (At press time, police announced two men were arrested for Keya Simon's 2011 murder). The reward for information leading to a conviction of Jason MacCullough's murderers now stands at $150,000.