Toni Morrison’s magnificent sense of self

Author and journalist Evelyn C. White reflects on the legacy of the first and only Black woman to win the Nobel Prize in Literature. 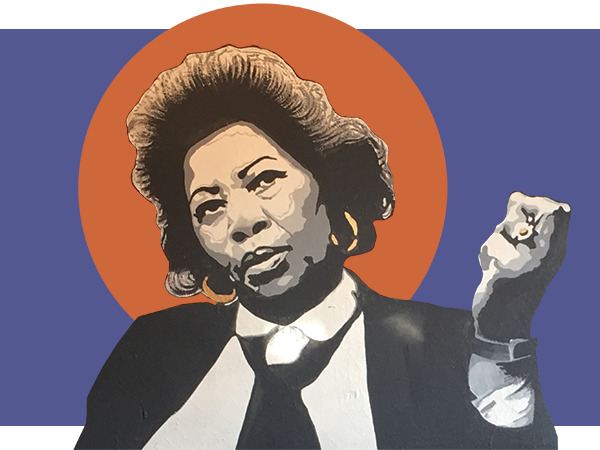 It was the late 1980s and I wasn't feeling Toni Morrison's latest release, Beloved. Not even a titch.

This, despite my respect for a cadre of African-American writers then so enraged by the "sometime-y" treatment Morrison had received at the hands of white literary critics that they'd bankrolled an open protest letter in the New York Times Book Review.

Admiring of Morrison but completely flummoxed by Beloved, I steered clear of the controversy. And then I was sacked with the flu.

Bedridden, I resolved to re-read the novel I'd previously found incomprehensible. About three days into my repeat foray with Beloved, I began to understand. "Two boys bled in the sawdust and dirt at the feet of a [Black] woman holding a blood-soaked child to her chest with one hand and an infant by the heels in the other," Morrison writes. "She swung the baby toward the wall planks, missed and tried to connect a second time."

Inspired by the real life of Margaret Garner, a former enslaved Black woman who, in 1856, murdered her infant daughter rather than see the child remanded into bondage, Morrison's novel Beloved presented an unprecedented portrait of slavery.

Take it or leave it (and hordes of horrified readers chose the latter), Beloved stands as the lodestar that led Morrison to the 1993 Nobel Prize in Literature. She was the first, and remains the sole, Black woman to claim the honour.

Writing from the angle of her death last August at age 88, I venture that Morrison's staunch sense of self will continue to shape her legacy. Consider the Christmas 1993 fire (shortly after the author had returned from Sweden) that gutted her elegant, four storey Hudson River residence. Appreciative, but unconsoled by the support she'd received from around the world, Morrison sent word that she wasn't feeling anyone whose home hadn't also been reduced to cinders.

Toni Morrison always valued her voice, vision, wit and towering intellect more than anything or anyone, except her children. Dig that and you'll find the throughline in her landmark career. Indeed, intrigued by the mental anguish of Depression-era Black girls who saw Shirley Temple tap dance and "Good Ship Lollipop" her way to bigger paycheques than their fathers earned in a lifetime, Morrison penned her debut novel, 1970's The Bluest Eye.

Half a century later, the narrative still stings and instructs: "A little Black girl yearns for the blue eyes of a little white girl...She was so sad to see...The damage was complete."

Artists of every hue have a model of purpose and perfection in Toni Morrison. And, I hear tell that the Nobel Laureate also whipped up a killer carrot cake.