To the men who disagree with the concept of Lady Drive-Her | News | Halifax, Nova Scotia | THE COAST

From a woman who's very thankful this business exists. 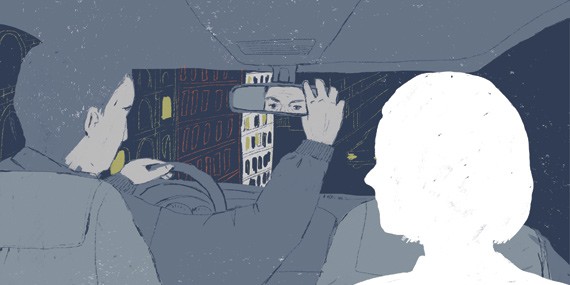 Aziza Asat
I avoid cabs when I’m alone. Usually, I’d rather walk. However, sometimes I’ve had a few drinks and it’s cold or I’m in uncomfortable shoes, so I’ll wave a taxi down from the sidewalk.

When I get in the car, my eyes immediately dart around for a licence number. I’m ready to jump out if it’s not posted. Once I do locate the number, I immediately text it to my partner. It is draining to have to experience so much fear when I’m just trying to get somewhere. So, when I heard about Lady Drive-Her—an airport car service with all-female drivers—I was pretty happy.

For those who don’t know, here’s some background: CBC’s Elizabeth Chiu did a great story on it yesterday. One aspect of this story really bothered me, though.

In true entitled male fashion, two men drove up to offer their two cents on the matter. Chiu writes:

“While CBC was interviewing the female drivers in a parking lot at the Halifax Stanfield International Airport, a vehicle with male airport drivers pulled up with their critique.”

A story that should have been about a women-run business was co-opted by two men whose opinions weren’t even asked for. Unfortunately, it also became the focus of the headline.

Crissy McDow, who started the company, then had to defend herself. McDow explained “she's simply expanding her business to meet a need.” And she’s right. I can only think of one instance in which I’ve had a female driver. Unfortunately, that’s also one of the only times when I wasn’t uncomfortable in a cab.

One of the choice quotes from Lady Drive-Her’s critic: “You might be sending the wrong message to the consumer saying it's OK to be afraid of male drivers.”

Counterpoint: It is OK to be afraid of male drivers. We shouldn’t have to be, but it’s also a completely rational fear. It’s true that the sexual assault is an extreme example, though we’ve seen our fair share of that in HRM. There are also smaller, more common instances that make women reluctant to get in the car with a strange man—because, yes, that’s ultimately what it means to get in a taxi. It could be anything from an inappropriate comment to using the rearview mirror to stare at your boobs (the latter happened to me when I was 14).

So, men, just let us have this. Let us have this one fucking thing. I am confident you will still dominate the cab industry, like you dominate so many others.

I only hope Lady Drive-Her is successful and expands to the city as well. Maybe I’ll go out at night more than once every few months.