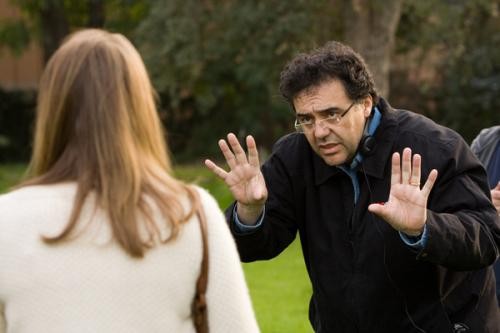 His films tell stories that cross generations, race, religion and sexual orientation. They can be harsh and probing, or light and funny. But always heartfelt, and always deep.

Mother and Child is probably the weakest of his films, but there's still something about it that holds you to your seat. Like the others, it's structured as separate stories that cross as the film progresses. Naomi Watts, a fiercely independent lawyer who was given up for adoption, starts two affairs (including one with her boss, Samuel L. Jackson) and ends up pregnant, despite having her tubes tied in Mexico at 17.

Kerry Washington can't conceive and is ready to adopt, even if her husband isn't.

Annette Bening is a nurse who's caring for her ailing mother, unable to accept the advances of a co-worker (Jimmy Smits). She gave up a child for adoption as a teen (re-read some earlier paragraphs for a hint) and has never gotten over it.

It's too long at 125 minutes and not enough material to fill them, even with three stories, but it's deft and well-made (Brennamen even appears briefly, and apparently is Catherine Keener to Garcia's Nicole Holofcener). There are powerful moments and the cast is note-perfect. A lovely way to end the best TIFF I've had in five tries.