Maybe "Superman" can save him 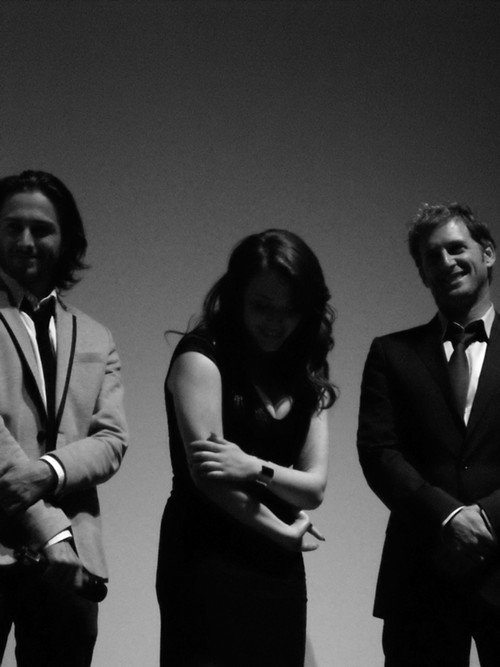 But seriously you guys, with the opening of the new TIFF Lightbox on King Street, the festival’s entire nucleus has shifted down from Yorkville to the Entertainment District. While I am enjoying hanging out in that part of town, the thing about the Varsity—the main press venue for the last five years I’ve been coming here—is that it is atop a building that houses two coffee shops, a grocery store, Shoppers, an LCBO and a Chapters in which to kill time.

Now I’m mostly a million feet above John Street at the Scotiabank Theatre—was it called the Paramount before corporations started buying building names?—and the press office has moved to its third location in four years (Four Seasons > InterContinental > Hyatt), and, well, Criminal Records and all the sneaker stores are wayyyyy too close for this payday week.

So, Day 1: Four movie day. If you saw Babies or Please Give this summer, you saw the trailer for Waiting for "Superman", Davis Guggenheim’s doc about America’s failing education system. The title comes from something respected famous educator Geoffrey Canada said he used to hope as a child in the Bronx in the 50s, that Superman would come and save him from the poverty and hopelessness of his surroundings, and one day his mother told him that there was no Superman (hence the eye-hooking quotes)—he would never come.

Guggenheim’s last two high-profile movies were the guitar wank It Might Get Loud and Al Gore’s Nobel Prize-Winning PowerPoint Demonstration, but one of his lesser-known documentaries is The First Year (1999), in which he followed three teachers around for an academic year. Now he’s got kids of his own (with Elisabeth Shue!), noting he drives by three public schools to drop them off at a private one—though he is not one of those Guggenheims, his father was also an Oscar-winning, Kennedy-associated documentarian.

The film lays out the problem with America’s school systems, how federal, state and district standards and regulations all battle each other, which is why kids are getting the short end of the stick; how every president in the modern era has proclaimed himself “the education president,” to no end; how America dedicates $10K per student and $23K per prisoner annually. It’s a lot of statistics, made digestible by very nice animations, but the heart is found in the faces of the children he profiles, all from homes broken by the recession, drugs, locale and history. All the kids, faced with the prospect of flaming out by age 10, have the chance to get into free, academically excellent charter schools via lottery, but the odds are stacked and the results are heartbreaking.

Woody Allen will turn 75 in December, and his recent films have sagged under the weight of his age—like Nora Ephron, he’s been immersed in his upper west side privilege for way too long, and he has no idea how to be current or even how to write like people talk—was that not a key theme in Bullets Over Broadway? In the dull, yellow confines of You Will Meet a Tall Dark Stranger, it’s hard to tell even what year it is when Gemma Jones comes fluttering out of a car on a London side street, and a voiceover jauntily announces that Shakespeare said lives are about nothing, which should indicate how your time is about to be wasted.

Jones plays Helena, whose husband (Anthony Hopkins) has left her to pick up with a very young escort (Lucy Punch, a bright spot). After a suicide attempt she starts seeing a psychic (Pauline Collins) and hanging on her every direction. Her daughter Sally (Naomi Watts, looking befuddled for most of the movie for reasons of character and, I would guess, portrayer) is having marital troubles with writer husband Roy (Josh Bolin), who is tempted by a neighbour across the way (Slumdog Millionaire’s Frieda Pinto, many steps up from Scarlett Johansson). Sally, in turn, is interested in her boss, Antonio Banderas.

There’s no “Woody” character in this one—Brolin, as the self-doubting writer, comes closest, but Roy is a straight-up douche—but I suppose you could bask in the relevance and hilarity when Hannibal fucking Lecter gets to play a Viagra joke. In 2010. You will meet a tall glass of disappointment to your face.

Colour me shocked that the best film of this four movie-day—the middle one was The Illusionist, from the makers of The Triplets of Belleville, which you can read about in The Coast next week; I thought it was meh—was a Canadian debut, of all things!

Daydream Nation—named for the Sonic Youth album—stars my favourite actress out there right now, Kat Dennings as Caroline, a senior in high school who’s moved to an unnamed rural town in an unnamed province (ie British Columbia). Caroline decides to shake up her life and sets about seducing her teacher (Josh Lucas) while stringing along Thurston (Reece Thompson from Rocket Science, who is named for Thurston Moore). A very interesting backdrop to this dramz is the fact that a serial killer in a white suit is murdering wholesome, promising teens and the whole town is on high alert. (Relate much, Halifax?)

Mike Goldbach wrote Childstar in 2004; this is his first feature as writer-director, and it’s nimble and full of visual tricks, funny and sexy, yet somehow a suspenseful thriller. (The climax is a nail-biter.) The cast is excellent, especially Dennings, who Goldbach shoots frequently in tight close-ups and why wouldn’t you, with that face? But it’s not just a looks thing, it’s a quality thing, a charisma thing—her Caroline reminds me of Greta Gerwig’s performance in Greenberg, which I saw on the plane up here. They’re two beautiful, naturalistic, complex turns Woody Allen wouldn’t recognize if he could buy them in a deli. 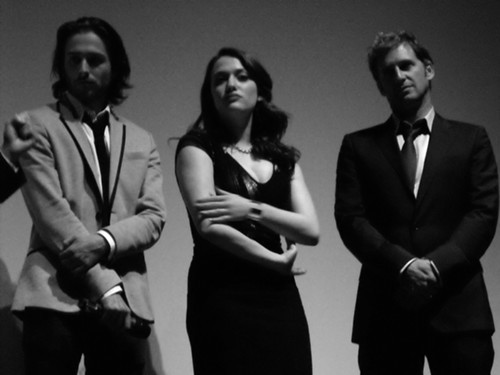