Halifax Regional Council gave the green light to three affordable housing projects this week. The city got money to pay for the projects from the federal government's rapid housing initiative; the funding was earmarked for at least 28 units to the tune of $8.65 million. And with the number of people who are unhoused in Halifax doubling this year compared to last year, the money couldn't come soon enough.

The city received 16 applications to its call for potential housing projects. That call had a wildly tight turnaround time for submissions, and also requires the projects themselves to be completed in a short time frame–with units finished and occupied by 2022. The federal government asked for the projects to be focused on housing urban Indigenous communities and/or women and children, to remain affordable—meaning cost no more than a third of the household income—and to be constructed with higher accessibility and energy efficiency standards than currently mandated.

Although only three got selected, the remaining 13 are now on HRM's radar, and planner Jill MacLellan says the city will help each one apply for money through a part of the rapid housing initiative that's outside of city-specific funding. But before we get there, let's look at the three the city funded.

HRM
Adsum's building at 158 Greenhead Road in Lakeside currently has only four units, and those need repairs.
Adsum Women & Children's PAM's Honour project
The city will give nearly $4 million to Adsum Women & Children to upgrade its facility, which now has four units in need of repairs. The money will bring the total number of units from four up to 25. Adsum currently houses as many as 120 people daily and 300 people in a year, and the length of time they stay ranges from three months to more than 25 years. In 2019, its sheltered bed occupancy rate was 99.1 percent. (This funding was earmarked for permanent housing, not shelters, so you could argue Adsum could also use a funding boost for shelter housing.) 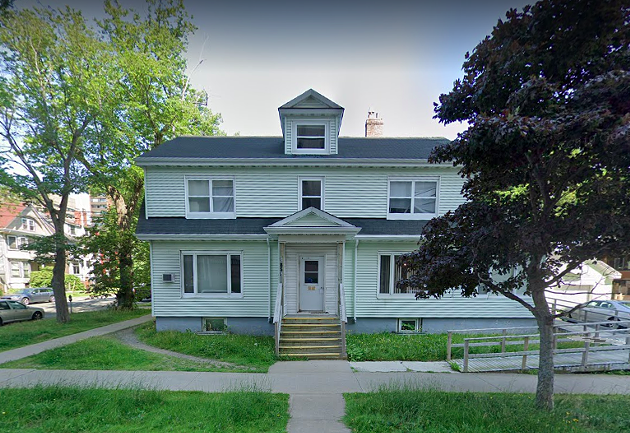 Google Maps screenshot
This property in Halifax's south end will become a 30-bed shelter, with 17 longer-term beds.
Mi'kmaq Native Friendship Centre
The Mi'kmaw Native Friendship Centre will get $2.87 million to turn a building in the south end into a new space, with 10 rooms of shared housing, seven one-to-two-bedroom units and a 30-bed shelter (which isn't eligible for the funding). Two-thirds of the funding for the project already exists, so the math is that this project will be adding 17 new longer-term units to HRM's total number of units, which is about 1,250 and hasn't moved much at all in the last decade. This project requires a land use bylaw amendment, which planner Jill MacLellan says is not common practice under the new planning rules, but is OK for this one because it's a "project of strategic importance to the municipality."

Because those two projects don't use up the full $8.65 million, HRM tacked on approval for a third project. 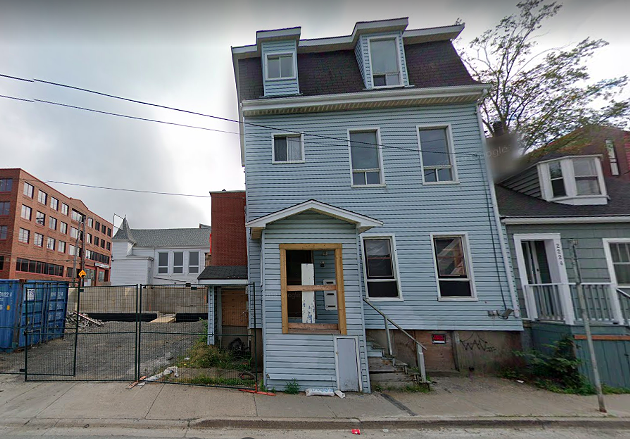 Google Maps screenshot
The North End Community Association is planning to buy 2218 Maitland Street.
North End Community Health Association
The North End Community Health Association is the group behind MOSH (the Mobile Outreach Street Health clinic), a family physician's office and lots of other essential health care, housing assistance and programming in Halifax. Its proposal asked for $1.22 million to renovate a vacant Maitland Street building into 10 shared housing rooms, kitty-corner to its headquarters on the corner of Gottingen and Cornwallis Streets. The only hitch: The health association doesn't yet own the building, but both MacLellan and area councillor Lindell Smith said the property's owner has agreed in principle to sell the building to the organization.

All in all, more housing for people in Halifax facing homelessness is a good thing. And councillor Waye Mason said at the meeting that the entire process—something that normally would have fallen under provincial authority–was eye-opening just to see what organizations are out there and what kinds of projects they have in mind. He also noted that all told, the remaining 13 projects would have a price tag of just under $30 million. For context, HRM will pay $32 million in 2020/21 on street recapitalization (which I guess indirectly helps people who actually have to live on the street, but you could guess that's not the original intent).

Councillor Sam Austin
Councillor Sam Austin added that those 16 projects were just the ones that were able to get their plans together under the quick turnaround, and that there are likely even more community groups out there that would be eager for a chance to provide housing in HRM.

As per CMHC recommendation, there is $500,000 left over for contingencies—probably a good idea considering budgets are just ballparks ’til the bills come due. But at least the funding’s tight requirement to have people living in the units by March 2022 could mean they actually get done on time. Expect to see construction underway soon.