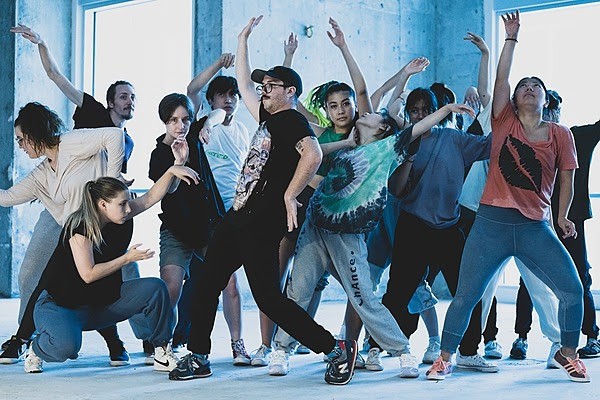 This weekend, Mocean Dance is going to change your idea of what dance can be

When it comes to public perception in Halifax, “they think that street dance is not art—and I need the people to recognize and give the same value to it [that they give] other styles,” says Carolin Mateus, one half of Mocean Dance’s current emerging artists-in-residency program. While break dancing is beloved by our city, a barrier exists between how it is regarded and, say, how ballet is considered, Mateus explains. This duality isn’t unique to Nova Scotian palettes, of course, but it is still something worth investigating—and changing. Gabrielle Greener, Mateus’ fellow artist-in-residence and BFF, is quick to back her up: “I feel similar to Carolyn. Oftentimes, there's an idea of some dance as kind of highbrow and accepted in the art world and seen as being ‘real art’,” she begins. “Because we don't really have a very big street dance scene, people don't really know much about it, and don't really recognize it as an art form.”


The duo is ready to open our city’s eyes to what they themselves have long seen with a new street dance performance, happening on Sunday August 28. Titled Somos Uno (We Are One), the show will make its public debut at a free, outdoor show happening at the Queen’s Marque courtyard on the Halifax waterfront. Mateus and Greener developed the performance by creating an intensive, six-week street dance training program for over 10 professional dance artists. Collaborating with these dance artists resulted in the finished piece.


Hip hop culture and values—think self-esteem, equality, personal development, liberation, respect, culture, diversity, tolerance, solidarity and community—were key in the creation of the process and are significant themes in the finished piece.


Mateus, a Colombian street dance teacher, dancer and choreographer, comes to Mocean Dance’s residency program with a background in the scholarship of hip hop culture. Greener, meanwhile, arrives at the venerable dance company from Halifax’s House of Eights, where she fell in love with dance while discovering its potential for mental and community wellness.


The street dance scene in Halifax is ready for its close-up—and thanks to Mateus and Greener, the city will be more than willing to give one. Adds Greener: “I think it's just so cool to see people really bringing something that's really close to them—and sharing it both within our group and with the people who come to see the show.”