Theatre review: Only the beast will do

Neptune’s box office monster Beauty and the Beast is back. 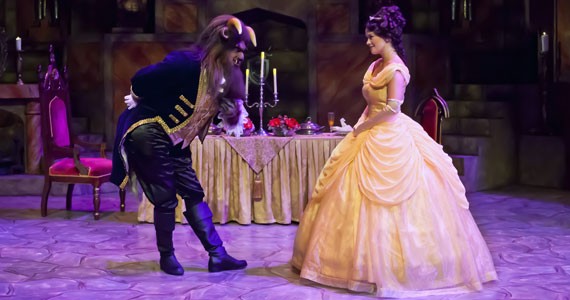 Timothy Richard
More than a spectacle of Disney razzle-dazzle, Beauty and the Beast has real emotion, too.

Beauty and the Beast

The closing show for Neptune Theatre's 2006-07 season was a blockbuster hit. Beauty and the Beast was so popular it was held over, closing after 16 weeks only because actors had previously booked engagements.

Beauty is again gracing the Neptune stage as the first offering of the 2016-17 season. People will be clamouring for another extended run.

The show is pure magic. It delivers the songs and storyline that fans of the Disney animated version expect, but it is also a fabulous stand-alone theatre experience for people who don't give a whit if Belle wears the golden princess dress or not. (She does!)

Ellen Denny is not only picture-perfect as Belle, she has the voice and acting chops to bring to life this feisty, tuneful, independent heroine. Daniel Cannis as the granite-jawed, bone-headed Gaston is a treat. He preens and struts like a peacock. Jonathan Winsby as Beast starts out as suitably menacing, but artfully reveals the heart and wounded soul beneath his scary exterior. There are so many great supporting characters in this production—Ryan Brown as the hot-blooded Lumiere and Jeremy Webb as the tightly wound Cogsworth are audience favourites.

Neptune has pulled out all the stops here, from Paul Daigle's sumptuous costumes and Geofrey Dinwiddie's storybook set, to the show-stopping song-and-dance number "Be Our Guest." But funnily enough, the thing that impressed me most about this show was not the razzle-dazzle. It was that I watched the many, many children in the audience become totally enraptured by not only the sheer spectacle of the show, but by the depth of feeling that Belle and Beast express.

Neptune is trying something new by starting its season in August when there are plenty of tourists in town looking to be entertained. I can't think of a better mainstage production to show off Halifax's musical theatre chops.