You’ll fall in love with Shakespeare by the Sea’s rom-com. 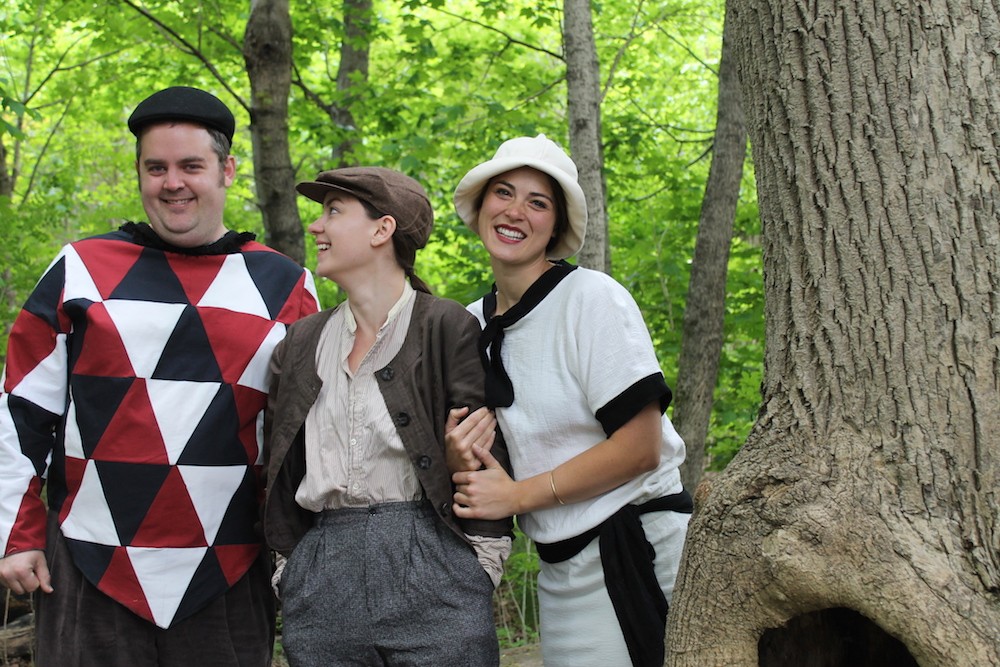 Andrea Hart
Touchstone (played by Tom Gordon Smith), Rosalind (Catherine Rainville) and Celia ( Hilary Adams) chill in As You Like It.

Romance is in the air in Point Pleasant Park, as Shakespeare by the Sea brings to life the Bard’s playful, pastoral comedy As You Like It. It’s a story of love of many kinds, from “unrequited” to “at first sight.” Rosalind (Catherine Rainville) is deprived of her father’s love when the cruel Duke Frederick (Henri Gielis) banishes him, but the duke’s boisterous and impetuous daughter Celia (Hilary Adams in a delightfully energetic turn filled with physical comedy) tries to make up for it with ardent affection.

Eventually, Rosalind and Celia are also banished (Frederick really is a bad dude!), but not before Rosalind falls head over heels for Orlando (a very winning Peter Sarty). When Rosalind disguises herself as a boy and schools Orlando in the ways of wooing, their love deepens, although Orlando is confused by his feelings. All’s well that ends well when Rosalind reveals her true identity, clearing the way for her union with Orlando as well as for the marriage of several pairs of supporting characters.

Nicole Dowdall’s flapper-era costumes give a nice nod to Rosalind’s free spirit. In the spirit of the emancipated women of the 1920s, it is clear that while Rosalind is “in love,” she is not chained by it.