The World Juniors brought Halifax money, crowds and a homicide case. Was it worth it? | Opinion | Halifax, Nova Scotia | THE COAST

Hockey Canada / Twitter
The men’s World Junior Hockey Championship, and Halifax’s last-minute role in co-hosting the annual tournament, was always going to be a complicated affair.

In the wake of Hockey Canada’s sexual assault scandals, the global hockey tournament was destined to leave a complicated legacy.

One city block and 11 days apart, in the shadow of Citadel Hill, two scenes played out in Halifax’s downtown that will linger in the minds of Haligonians for years to come.

If the first scene is pure euphoria, the second scene—the earlier of the two, which played out on Dec. 24, 2022—is a mirror opposite: Sirens. Chilling rain. Police tape. An unresponsive man on the sidewalk. Discarded CPR Stat Padz packaging. An open homicide investigation. Police statements. Police silence. A city’s silence. A swirl of questions, rumours and innuendo that grows in the void of answers.

UPDATED: What we know—and don’t know—about the Christmas Eve homicide, so far: A developing timeline of events surrounding Ryan Michael Sawyer’s death downtown outside the Halifax Alehouse on Dec. 24, 2022.

The men’s World Junior Hockey Championship, and Halifax’s last-minute role in co-hosting the annual tournament, was always going to be a complicated affair. The games were initially scheduled to be held in Russia, until Vladimir Putin’s invasion of Ukraine last February prompted the International Ice Hockey Federation to bar the country from the tournament and pull its hosting rights. On March 31, 2022, CTV Atlantic broke the news that Halifax and Moncton would be throwing their hats in the ring as willing replacement hosts. The two Maritime cities emerged as bid winners by early May—just as Hockey Canada was descending into a sexual assault scandal. The details of that scandal—rooted in sexual assaults allegedly committed by Team Canada players at World Junior tournaments in 2003 and 2018—would tarnish the sport’s national governing body and lead to the eventual resignations of its president and entire board of directors. 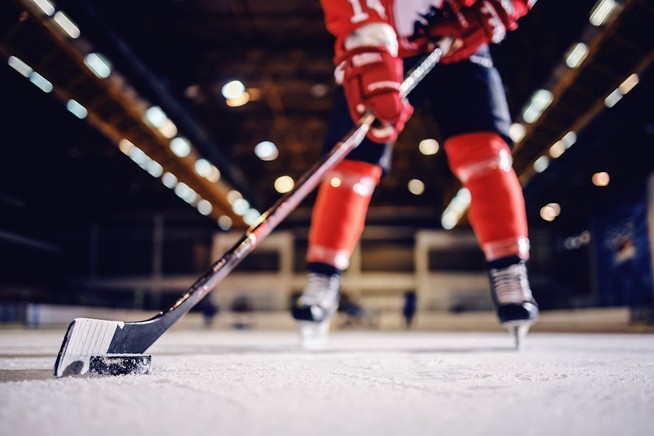 Dusan Petkovic/Shutterstock
“There is no question that there has been a culture around hockey, in a lot of cases, that has not been healthy.”

Hockey Canada’s mishandling of its sexual assault crises had already sparked a referendum on Halifax’s role in hosting the World Juniors long before the first puck dropped at the Scotiabank Centre on Dec. 26.

“There is no question that there has been a culture around hockey, in a lot of cases, that has not been healthy,” Halifax mayor Mike Savage told his HRM council counterparts on Oct. 11. District 3 councillor Becky Kent shared fears that allegations involving Hockey Canada and its players could be “very much the tip of the iceberg,” and that she sees the potential of a “#MeToo scenario” that could “evolve significantly over the next months and years.”

Should Halifax host the World Juniors in wake of Hockey Canada’s scandal?: The Coast’s readers weigh in

Ultimately, HRM council—and a majority of Coast readers who responded to our polls on the subject—felt that the economic benefits of the tournament would outweigh the negatives, and the actions of previous players shouldn’t reflect upon athletes who had nothing to do with earlier alleged incidents. Halifax—and Nova Scotia—kept their support behind the World Juniors, and in turn, witnessed Team Canada become the first team in 14 years to win back-to-back gold medals at the tournament. Together with Moncton, Halifax brought in an estimated $50 million in tournament-driven revenue. On the ice, the World Juniors delivered high points, but the IIHF event also brought unimaginable tragedy: Ryan Michael Sawyer, 31, a fan who was in town for the tournament, was killed just a block away from the Scotiabank Centre early in the morning on Christmas Eve. His death is being investigated as a homicide.

What, then, is the legacy of a tournament like the World Juniors in Halifax? Is it triumph or tragedy? Heroism or heartbreak? Sport or scandal? Or can a tournament, a game, a city embody all of those things—every success, every stain, every scar, every skeleton—and still be worthy of redemption?

The business case for the World Juniors is straightforward enough. Halifax Chamber of Commerce president and CEO Patrick Sullivan figures the two-week tournament brought Halifax and Moncton “somewhere between $50 and 80 million” between hotel bookings, ticket sales and money spent at restaurants, bars and other hospitality venues. That number’s based on past results from Calgary and Edmonton’s joint hosting in 2012 and Tourism Saskatoon’s projections for what the 2023 tournament would have brought to Saskatoon and Regina. Is it an accurate one for Halifax? That’s harder to say. But Sullivan says that Halifax’s hotel industry saw more than 8,000 rooms booked in the days before and during the tournament—a big departure from the December norm in Nova Scotia.

“If you’ve ever been at a hotel on Christmas or Boxing Day, I can tell you they are [normally] very empty,” he tells The Coast.

That line, more or less, has been the same one echoed by mayor Savage throughout and after the World Juniors.

Not every Haligonian has been as effusive in their praise of the tournament. While more than half (57.6%) of The Coast’s survey respondents said they’d like to see the World Juniors return to Halifax, another 36% of respondents said they either felt “conflicted” about the tournament or that Halifax should have pulled its hosting duties before the World Juniors ever started.

“It’s terribly complicated,” writes Coast reader Peter Bromley. While Bomley says he’s “happy for what [the tournament] meant” for employees and businesses that had been “so long suffering,” he also sees parallels with how Qatar attempted to burnish its less-than-stellar reputation through hosting soccer’s men’s World Cup in 2022. “Sportswashing was clear here too,” he adds. “Thus far Hockey Canada [has acted] based on sterile legal and crisis management practices. But the cancer they address is years in the making, buried deep and resistant to change.”

Coast reader Holly Cameron writes that while Hockey Canada’s scandal is a “serious issue,” it shouldn’t fall on the athletes who participated in 2023. “Can we not start fresh and learn from past mistakes?”

Another Coast commenter replied that they were “happy for the hockey fans, but here comes a COVID wave and I wonder how many sexual assaults happened???” As many as seven to eight former Canada players stand accused of participating in a woman’s rape the last time our city hosted the tournament in 2003. Halifax Regional Police, for its part has not issued any public reports of sexual assault cases brought forward during this year’s tournament, but the HRP isn’t exactly in the habit of transparency; its own reporting to its oversight body, the Board of Police Commissioners, makes no distinction between sexual assaults and other kinds of assaults.

No adequate measure of police performance in the HRM: We must demand better from the Board of Police Commissioners.

None of the back-and-forth debate surrounding the tournament hits with the same gravity as what happened early in the morning on Christmas Eve, when hockey fan Ryan Michael Sawyer, 31, of Ajax, Ont. was found unresponsive on the sidewalk outside of the Halifax Alehouse. He died later that morning at the QE2 Hospital. The Nova Scotia Medical Examiner Service has ruled Sawyer’s death a homicide.

It’s unclear how Sawyer ended up outside the Alehouse in the early morning hours of Saturday, Dec. 24, but a source connected to the family tells The Coast that he and his brother were in Halifax to watch the World Juniors and visit family. Nothing can—or will—explain the tragedy of a life lost prematurely, and it would be a disservice to Sawyer’s memory to shift the focus of his death to the tournament, but one cannot help but colour the other; that Sawyer was found unresponsive a block away from the Scotiabank Arena on the night of a pre-tournament exhibition between Canada and Finland matters.

Submitted
Police responded to reports of a disturbance at Brunswick and Prince Streets around 1:15am on the morning of Dec. 24. Ryan Michael Sawyer, 31, was found unresponsive by first responders. He died later that morning.

The forums we debate in, and the ways we seek meaning, too seldom allow for nuance. We want simplicity. Either-or is an easier distinction to hold than both-and. Sports are that way, too. You win or lose. Pick a team and boo the other. Then pass it on to your kids to do the same.

But it’s never really that simple—and neither are legacies. Was the 2023 World Junior Hockey Championship a success for Halifax? The money says yes, and so does the on-ice result. But the money—and the gold medal—doesn’t overshadow the fact that hockey in Canada needs a serious culture shift. An Angus Reid poll found more than half of Canadian respondents involved in youth hockey feel sexual misconduct is a “major problem.” Can Halifax throw a good party, and should the city throw its hat in the ring for another hosting bid? For thousands of Haligonians, that answer is an easy “yes.” But it’s also fair to say that this year’s tournament will always carry the baggage of its off-ice issues. And until the sport of hockey rids itself of a toxic culture—one which may include a 31-year-old getting killed near the arena—that baggage will always exist.