The dance troupe represents just one artistic practice participating in this weekend’s I AM ANNA. 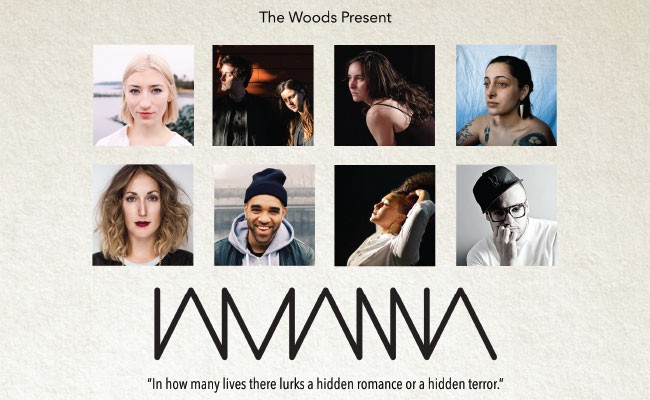 "There's a whole generation of females raised on Julie Andrews and Salt-N-Pepa," says Alexis Cormier. "Because of them we know what a strong woman is: Educated, informed, strong. And she's single, which is Julie Andrews in almost every movie. She's also bad in the streets and doesn't care what people think of her."

Cormier's Andrews-rooted inspiration comes from The King and I—the 1992 Broadway production, not the 1956 film—and it was a visit to New York checking out the 2015 revival that led to a revelation. "I didn't know the Anna in The King and I was Anna Leonowens," she says. "NSCAD alumni would roll their eyes at me, but I didn't know that." Cormier was struck by how the real Leonowens, born in the 1800s, would resonate if alive today. "If you looked at her resume right now, she would sound like a current staff member at NSCAD," she says. "She was a suffragette, part of a few movements—maybe she'd be part of pride now—a single mom, lots of education, she's worldly."

Cormier has taken that thought and run with it to create I AM ANNA, an immersive, multi-disciplinary performance at Leonowens' namesake gallery downtown. "I wanted to create a show that's more conversational, that's really inclusive of the artists participating and the audience as well," says Cormier. Those participants include Cormier's hip hop dance troupe The Woods, musicians Vogue Dots and Ghettosocks, actors SJ Jones and Kate MacDonald, designer Luca Baydar, emerging artist Anastasia Wiebe and dancers Georgia Skinner and Jordan Washington.

The show will move through the gallery space in three connected sections; you can get up close or hang back. "Everyone has developed some pretty incredible content—this is all me making the kind of show I'd want to see," says Cormier. "I'd want it to be intimate, I'd want it to be up close, I'd want a variety of voices and I'd want to be able to hold a drink while I do it."